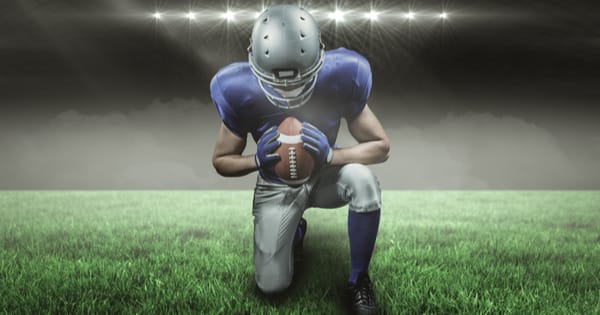 Baseball fans, want to have your mind blown?

This was an actual season for a Major League pitcher once upon a time. You don’t see these kinds of pitching numbers unless you’re playing a video game.

This was the 1966 season for iconic Dodgers’ pitcher Sandy Koufax. He was 30 years old.

After the 1966 season, Koufax was awarded his third Cy Young Award – during the time there was but one winner for the entire Majors. An award for which he was voted unanimously.

And he led the Dodgers to the 1966 World Series only to lose in a four-game sweep to the Baltimore Orioles.

With a stat line like this, you’d think he would be in the prime of his career, right? With 8-10 good to great seasons left, right?

What wasn’t known at the time – keep in mind that 1966 was more than a decade before ESPN was born – was that Koufax pitched the 1965 and 66 seasons in tremendous pain due to severe arthritis in his left elbow.

Doctors advised Sandy that if he continued to pitch, he could lose the ability to use his left arm.

So, after one of the most dominant seasons in baseball history, Sandy Koufax chose to retire.

Barry Sanders played in all 16 games of the 1998 season.  A season which saw him rush for 1,491 yards. This was his 10th consecutive season of one thousand or more rushing yards.

Shortly after his 31st birthday in July of 1999, but before the 1999 football season, Sanders announced his sudden retirement.

These are but two athletes who have retired at the prime of their careers with many “good years left.” They’re both universally respected and admired and have their names in their respective halls of fame.

Answer me this, why is Andrew Luck getting such hate for choosing to end his football career at the age of 30?

Here’s a human being who has suffered through the following injuries in the past six seasons:

In case you don’t know, Andrew Luck chose to end his football career after seven seasons with the Indianapolis Colts. In a press conference following his announcement, Luck said, “I’ve been stuck in this process. I haven’t been able to live the life I want to live. It’s taken the joy out of this game. The only way forward for me is to remove myself from football.”

Luck is a bright guy. He’s a graduate of Stanford University which is no easy school to be admitted to. He’s made close to $100 million in his NFL career. He’s been named to four Pro Bowls in his career. And in 2014 he led the Colts to the AFC Championship Game.

Granted, they got bodied by the Patriots in that title game, but he was indeed one win away from the Super Bowl.

In 2017, shoulder surgery caused him to miss the entire 2017 season. And Luck has indicated he contemplated retirement in the aftermath of that injury.

Despite his injury history, Luck has tremendous numbers. Through 86 games played, he threw 171 touchdown passes. The only QBs in NFL history with more throwing touchdowns in their first 86 games played are Dan Marino – who is in the hall of fame, and Aaron Rodgers – who will be in the hall once his career is over.

For perspective, Peyton Manning threw 150 TDs in the first 86 games of his career.

Last Saturday as Luck’s jogging off the field – his former home field – some of the fans in attendance at the Colts preseason game booed him.

You’re disappointed and upset. I get it. But how many of you strapped up a helmet and gone out and gotten in 60 car crashes in a three hour time period?

…that’s what I thought. Now siddown!

Later on, this mysterious tweet came from sports radio commentator Doug Gottlieb (who I always thought was more of a college basketball analyst anyway.)

Breaking news: the men who play these games are human beings. They have hearts, minds, and people who love them.

These people love them not simply for the number on their backs or their fantasy football stats either!

I mean, Luck’s wife is expecting their first child for cryin’ out loud!

We invest a lot of our souls into the exploits of these athletes. We live and die on pitches, catches, throws, and hits.

We thrive on this.

But we forget that these men and women who play games for a living are human beings.

Andrew Luck showed his humanity in his choice to leave football. And for that, I honor him.
—

Facebook28Tweet3PinEmailShares31
wpDiscuz
1
0
Would love your thoughts, please comment.x
()
x
| Reply
Share this ArticleLike this article? Email it to a friend!
Email sent!