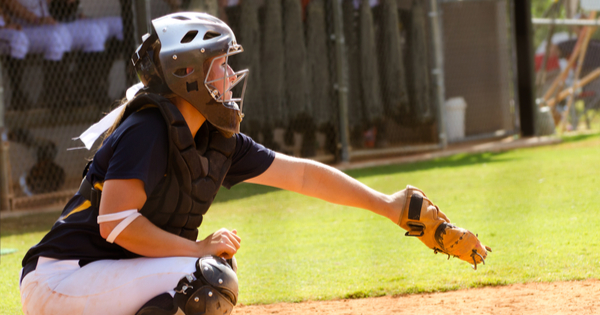 Dear Athletic Support: Over the summer I coached my granddaughter’s 7-year-old softball team. My son works a very demanding job and I’m retired, so I decided to help out. It was a lot of fun, but with hot afternoon practices and late-night games, it was also really tough! Looking ahead to next year, I don’t think I can do it again. What’s the best way for me to break the news to my son? — Old Tired Papa

Dear Tired Papa: You don’t have to say anything more to your son than, “I can’t do it next year.” It’s not your responsibility to coach your granddaughter’s softball team. It’s not your son’s, either.

Coaches at that level are mostly volunteers. This means they’re willing to offer up their time and are passionate about instructing young athletes in proper technique and sportsmanship. If that passion is lacking, the whole team could suffer.

But what if you’re the only option? As in, there is simply not another adult willing to coach? Then you should definitely have a sit-down talk with your son.

If he thinks he’s too busy to take an active role in his daughter’s life, tell him to go listen to Harry Chapin’s, “Cat’s in the Cradle.” Remind him that childhood is fleeting, just like the most time-consuming seasons of being a parent — the days drag on, but the years fly by. In the end, the memories he makes with his daughter now will last both of them a lifetime.

Dear Athletic Support: My best friend’s twelve-year-old son just underwent a serious surgery. I felt bad and wanted the family to know I was thinking about them, so I made a post on social media, extending my prayers. An hour later, I received a call from my best friend, the boy’s mother, asking if I would please take the post down. Her reason: she didn’t want anyone posting online about his injury/surgery because it might hurt his athletic “career.” Honestly, I don’t have a clue what she’s talking about. What’s wrong with trying to extend my love and support when a child is in pain? — Faltering Friend

Dear Faltering: Let me get two things out of the way, right off the bat: Her son is twelve, and her use of the word “career” gives me the willies.

I’ve said it before and I’ll say it again, kids need time to be kids. Period. They need time to play before words like “career” are ever brought into the conversation.

My only guess as to why she would’ve had any objections to your posting about his surgery is that she has some sort of strange misconception that college coaches are scouring the Facebook feeds of twelve-year-olds, waiting with scholarships in hand, ready to make offers to the ones that have survived Little League without any major injuries.

If you’re wondering — or if you get to have a conversation with this woman regarding her son in the future — it doesn’t work that way. In fact, for the most part, college baseball coaches aren’t even allotted funds to offer full scholarships.

Maybe I’m wrong. Maybe she wasn’t worried about potential scholarships, but instead the millions her son will soon be making in the Majors.

Either way, you were right to offer your prayers.