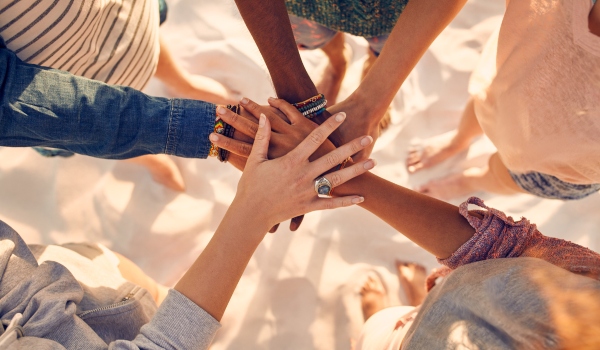 Last summer, with her husband and three telegenic teenage boys in tow, Arce—the founder and CEO of a Washington, D.C.-based nonprofit, the Hispanic Access Foundation—deftly trained her camera on the leviathan oil rigs and gas refineries that rise like hallucinations from the gorgeous expanse of blood-red buttes, untouched plains, and glistening creeks.

Arce produced a ten-part Web series on the excursion, titled Four Stops, One Destination, as part of her organization’s strategy to strengthen grassroots conservation efforts by introducing the estimated 54 million Latinos who live in the United States to the pristine outdoors. Despite polls that consistently demonstrate strong support among the Latino community for protecting the environment, only 9 percent have visited a national park.

“Conservation and energy collection: if we can get them equal, we won’t ruin the lands for generations to come,” said Arce’s oldest son Luke in the final episode, balancing the competing values in his hands like an imaginary scale. “I want [everyone] to see what I’ve seen.”

Among those who did see what Luke saw was Michael Scott, a program officer in the Hewlett Foundation’s Environment Program. Only weeks after Arce returned to Washington, Scott saw the Four Stops Web series. As part of his program’s strategy to protect western land from oil and gas drilling by building a broader constituency for conservation campaigns, Scott had already been looking to cast a wider net for new grantees; two of his grantees had recommended that he look at the work being done by the Hispanic Access Foundation.

It took all of 30 seconds to make a believer out of him.

“I was immediately impressed by what a wonderful time the whole family seemed to be having,” Scott recalls. “It was an almost visceral experience watching them hiking with a ranger and discovering the beauty of Dinosaur National Monument —then spotting a gas plant right next to it. And the whole family seemed to have this profound understanding of the issues and what was at stake. “

Scott was also impressed by Luke’s popularity on Twitter and the ease with which the boys communicate. When he finished watching the videos, he emailed Maite introducing himself.

Soon, the Hispanic Access Foundation was a Hewlett Foundation grantee, joining a portfolio of constituencies—hunters, anglers, ranchers, backpackers—all working together to conserve land in the West.

The Hewlett Foundation’s Environment Program has worked hard to ensure that all voices that care about the environment have the opportunity to be heard. Finding common ground, bringing people together, and strengthening relationships are key to the Environment Program’s grantmaking approach toward conserving the West and addressing climate change.

The foundation began this outreach effort by helping expand the pool of organizations working for cleaner air in Los Angeles and the Central Valley region of California, where poor air quality contributes to widespread heart and respiratory illnesses. They funded  an alliance of labor unions, churches, businesses, and public health professionals who successfully advocated for the Clean Truck Program at the Port of Los Angeles. This victory reduced diesel emissions from port trucks by an astonishing 80 percent over a three-year period.

Scott and his colleagues have tried to build on that success. “Everyone has an investment in clean air and water, and everybody has a memory of public lands, whether it’s hunting or fishing or watching a sunset,” Scott said. “The trick is to make policy personal, and that’s what Maite did so well with Four Stops.”

Arce formed Hispanic Access to do exactly as the name implies, which is improve Latinos’ access to education, jobs, health care, and the various opportunities that should be available to everybody.

“I know the Latino community,” Arce said. “But we are now connected to groups like the Backcountry Hunters and Anglers, which includes ranchers in Montana and Idaho.  They love the outdoors and are passionate about protecting the environment just like we are. We all have to breathe the same air—why shouldn’t we work together to make sure it’s clean?”

That is precisely the conclusion reached by the Hewlett Foundation’s Environment Program.

“If it’s just hunters or anglers or backpackers,” Scott said of the program’s approach in a recent interview, “it’s not a broad enough constituency to prevail. We knew we had to have as many groups working together as we could. We know that groups with seemingly different agendas have core values in common, like protecting land and water. Those are natural allies that we can’t afford to ignore.”

Previously published on hewlett.org and is republished here under a Creative Commons license.
— 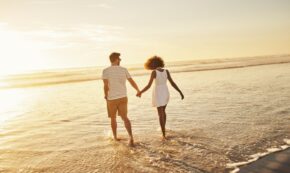 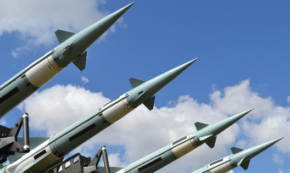 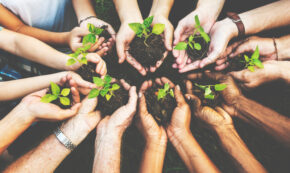 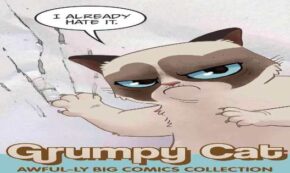 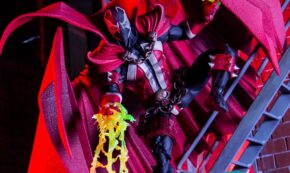