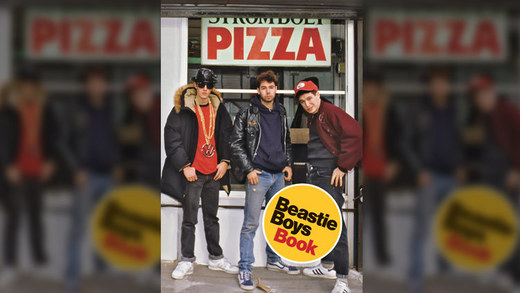 Ostensibly an oral history of the legendary and ground breaking hip-hop group written with a style as distinctive and eclectic as one of their songs, Beastie Boys Book upends the typical music memoir. Alongside the narrative are rare photos, original illustrations, a cookbook by chef Roy Choi (the Korean food truck vendor whose Korean-Mexican fusion menu shot to fame after being exalted by the famous food critic Jonathan Gold), a graphic novel, a map of the Beastie Boys’ fave haunts in New York, a mixtape playlists, and contributions from friends of the Boys like Wes Anderson, Spike Jonze, Amy Poehler, Colson Whitehead, and Luc Sante.

Originally formed in 1981 as a hardcore band in New York City, the Beastie Boys struck an unlikely path to global hip-hop superstardom. The name was an acronym for Boys Entering Anarchistic States Toward Internal Excellence, Diamond writes in the book, and the lineup originally included Adam “ADROCK” Horowitz, Michael “Mike D” Diamond, and “MCA” Adam Yauch, and a girl, Kate Schellenbach.

Their first EP Cookie Puss took its name from the popular Carvel ice cream cake. As the New York Times says, “The group migrated from hardcore to hip-hop when rap looked less like a fad than like a dominant force in pop culture. They were puerile and profane and then somehow, by the 1990s, serious musicians with something to say and startling innovations to contribute. Yauch was a Buddhist and an outspoken feminist. Their 1994 ‘Sabotage’ video, directed by Spike Jonze, was a goofy retro throwaway that helped transform the genre.”

Horovitz and Diamond offer revealing and very funny accounts of their transition from teenage punks to budding rappers; their early collaboration with Russell Simmons and Rick Rubin; their debut album that became the first hip hop record ever to hit number one,  Licensed to Ill — and the messy fallout as the band broke with Def Jam moved to Los Angeles, and exponentially evolved with the genre-defying masterpiece Paul’s Boutique. Their evolution as musicians and social activists over the course of the creation of their classic albums Check Your Head, Ill Communication and Hello Nasty is elucidated including the founding of the Tibetan Freedom Concert benefits conceived by Yauch.

One of the most fascinating parts of the book concerns the creation of Paul’s Boutique and the battle they had to both get it made and subsequently marketed. 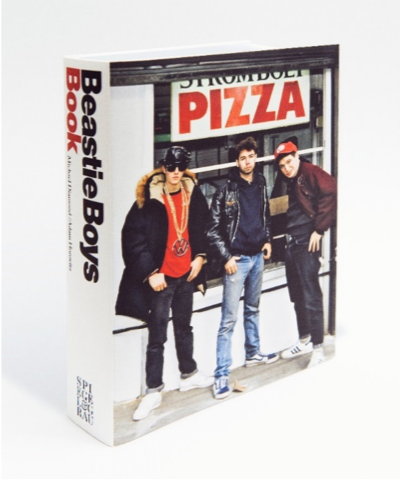 The following is an excerpt from the book that originally appeared in New York Magazine in October in the words of Diamond and Horowitz. Yauch died of cancer in 2014.

Mike D: Not long after Paul’s Boutique came out, I ran into our old friend Dante Ross. He told me that he had just heard our new record. He said (in a positive way), “Yo, I just heard your new record, it’s all right. It’s got like two songs on there.” There’s actually 15 songs on the track list, so I assumed that he meant that only two of those 15 were anything that anyone would want to listen to. We’ve used this quote about a thousand times since. “Yo, you heard that new Radiohead joint? It’s got like one and a half songs on there.”

Right after we handed in the final version of Paul’s Boutique, the president of Capitol Records quit. Around the same time, the A&R guy who brought us in and signed us quit. New faces at the label. New band on the label. Then this happened: Capitol brought us in for a marketing meeting to launch the record. They had us sit down with their “street team” to figure out how to get the word out to “the streets.” (Yikes.)

The street team had a plan. They had been given the title Street Awareness Program. And so on their presentation paperwork it spelled out S-A-P in big letters across the top of each page. Already funny. SAP, SAP, SAP. Their marketing plan was for us to make a diss record against MC Hammer. They said that diss records always get some kind of attention, and ’cause Hammer was so huge, that’d be great. Oh, and that because Hammer was also on Capitol Records, it’d be easy to contact him to let him know that it wasn’t for real. We told the saps that we’d never met Hammer and had nothing against him, and that he seemed like a nice enough guy. Maybe we should just try to get the songs on the radio and in clubs and stuff instead. To be fair … me, Adam, and Mike were sitting in that meeting obviously high as kites and dressed in our best Madilyn Grasshoff outfits, looking like we were on our way to a Cymande concert. I’m sure the lack of confidence was mutual.

Adam Horowitz: But the most weirdest and most bummerish thing happened after the record came out. We just assumed that because Licensed to Ill sold a billion copies, Paul’s Boutique would do the same. But, like, it didn’t. I went to the Tower Records on Sunset Boulevard a couple days after it came out, and they didn’t have any copies. So I thought, Great, this shit is flying off the shelves and we are still large. It turned out that they did sell out quick, but Capitol had only sent, like, I don’t know, a hundred or so copies. No back order, nothing.

Seriously … Capitol is literally down the street from Tower Records. Can’t someone drive a couple boxes over? I mean, shit … I’ll buy the goddamn stamps. We don’t know who we were supposed to call to be like … “You know, there’s no copies at Tower Records” or … “Is there a better game plan than us humiliating ourselves by making a record trying to pick a fight with MC Hammer?”

So we were kind of in a holding pattern. We kept trying to arrange a meeting with the new president of Capitol Records, but he wasn’t really getting back to us. A solid couple weeks go by and then we finally meet with him. We go to the top floor of the Capitol Records Building and wait on some nice new couches. The president is ready for us, so we go in. The first thing I notice is, Man, this is a nice office. It’s kind of huge and has a crazy view. You can see all of what L.A. is made of. But the most striking visual inside the room is the new president himself. My man is, like, mid-50s, balding on top with a teeny ponytail in the back, and he’s rocking a brand-new, crispy, fake-tie-dyed Grateful Dead tour T-shirt. (Eesh.)

So we sit down, and before we can ask our whats and whys, he’s like … “Look, guys. I’m a Dead Head, so I know where you’re at. The company’s just really busy right now. We’re all just focusing and working really hard on the new Donny Osmond album, so, next time. Okay?” Wait … What?! What he had just said to us, the multiplatinum fight-for-your-right-to-party guys, is … Forget about the record you just spent the past couple years making. Forget that you made a huge and bold move severing ties with Rick, Russell, Rush, and Def Jam. Forget all this life-changing shit that’s happening to you as a band, people, and friends. Because … Donny Osmond’s new record is just a little more important than yours. Just go back, make another record, and we’ll see what happens when that happens. Everything’s gonna be fine.

Industry rule No. 4080: Record-company people are shaaady. The teeny-ponytailed/phony-baloney hippie-costume/looking-like-an-undercover-cop guy was replaced soon after by … some other middle-aged-white-guy record executive. To quote the great Donny Osmond … “One bad apple don’t spoil the whole bunch, girl.”

Important note: Besides this glitch, Capitol Records has always been really supportive of us and what we make. I’m not talking shit on the label, because really, for a major label with a big business to run, they left us alone to make what we wanted to make, and we probably couldn’t have done that somewhere else. That being said … for a good time, look up “Donny Osmond Sacred Emotion” on YouTube. That’s what this Dead Head had the company locked down with.

Diamond and Horowitz will be doing a tour to promote the book that will feature readings, a Q&A, special guest moderators  – all with a live score by Mix Master Mike.

This was previously published on Chill magazine. Reprinted with permission of the author.