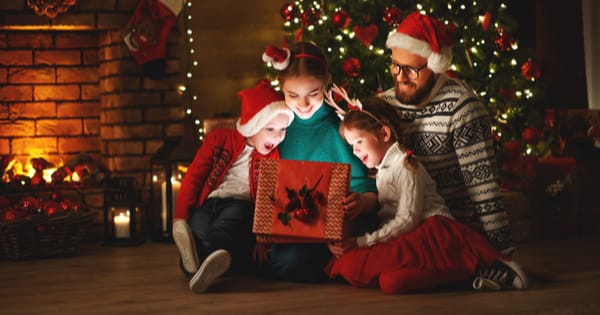 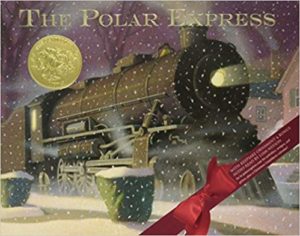 THE HEAD BUTLER HOLIDAY GIFT LIST: I’m not feeling holiday cheer. And that goes for everyone I know. We live under a darkening sky, ruled by men who take pleasure in cruelty. In our hearts, we have twinges of the old consumer spirit, but really… wouldn’t you rather buy the freedom of immigrant children who sleep in cages and feed the families about to be denied food stamps and fix up a building so the homeless could have decent shelter? That longing fuels this holiday list. It’s a smaller list than before: the best of the best. And very few expensive items. Because maybe there’s a charity that would welcome your help. Bless you for opening your hearts and letting some of your green energy go there. To go to the gift list, click here.
—-
These selections have the power to re-connect you to your childhood. Not the childhood you had, with its predictable dose of uncertainty and awkwardness, but the childhood you had in your head, the magic one. Reading and watching with a child, you can go there again. Here’s wishing you do.

The Polar Express
The greatest Christmas book I’ve ever read begins on Christmas Eve, when a father tells his son there’s no Santa Claus. Later that night, a train packed with children stops in front of the boy’s house. He hops on and travels to the North Pole, where Santa offers him the first toy of Christmas. The boy chooses a reindeer’s bell. On the way home, he loses it. How he finds it and what that means — that’s where you reach for the Kleenex.

The theme of this book is belief. Not in Santa, though that will do just fine for kids. Belief in really big things, things we hope are true even in the face of all the information that says they are not. Chris Van Allsburg: “We can believe that extraordinary things can happen. We can believe fantastic things that might happen. Or we can believe that what we see is what we get. But if all that I believe in is what I can see, then the world is a smaller, less interesting place.”

So find a child. Settle in your chair. Start to read. Before you know it, your eyes will mist, you’ll be reaching for the Kleenex, and — and this is the best part of all, especially for the sophisticated and the hard of heart and the bitterly disappointed — you will believe. [To buy the book from Amazon, click here.]

The greatest Christmas video I’ve ever seen begins with a boy in rural England building a snowman. At midnight, as the boy looks out his window, the snowman lights up. The boy runs outside. He invites the snowman to tour his home. Then the snowman takes his hand. And off they fly, over England, over water, to the North Pole. The sequence is dazzling. The music is genius.

Santa gives the boy a scarf. The boy and the snowman fly home. As the boy is going inside, the snowman waves — a wave of goodbye. The boy rushes into his arms and hugs him. The next morning, the snowman’s just a few lumps of coal and an old hat.

Did that magical night really happen? The boy reaches into his pocket and finds the scarf. He drops to his knees and, almost as an offering, places it by the snowman’s hat. Gorgeous. [To buy the DVD from Amazon, click here.]

A few years ago, I decided our daughter was ready for a version of the Dickens classic not dumbed down by Disney. She lasted five minutes. I got the point: The text was too…texty. And I wasn’t the first to think that. Watch…

Books change over time, and over 170 years, “A Christmas Carol” has changed more than most. The evocation of Scrooge’s place of business is a slow starter. By our standards, the language is clotted and the piece is seriously overwritten. And it’s not like we haven’t seen Victorian London a zillion times in the movies or on TV.

After the non-start with our daughter, I began to work on the text. My goal wasn’t to rewrite Dickens, just to update the archaic language, trim the dialogue, cut the extraneous characters — to reduce the book to its essence, which is the story. (I think Dickens would approve. When he performed ‘A Christmas Carol’ — and he performed it 127 times — he used a trimmed-down version.) In the end, I did have to write a bit, but not, I hope, so you’ll notice; I think of my words as minor tailoring, like sewing on a missing button or patching a rip at the knee. [To buy the paperback from Amazon, click here. For the Kindle edition, click here.]

The Book with No Pictures

A book for 5-to-8-year-old children with no pictures.

“Charlie and the Chocolate Factory” was an instant hit when it was published in America in 1964; its first printing sold out in a month. In the early l970s, Dahl produced a sequel, “Charlie and the Great Glass Elevator.” Later, a movie with Gene Wilder — a very different movie from Tim Burton’s — turned Charlie into a kids’ classic. Starting around age 8 or 9, all the smart kids I’ve known have loved Dahl’s books and the drawings by Quentin Blake. “Matilda.” “James and the Giant Peach.” “The Fantastic Mr. Fox.” “The BFG.” They’re all here.

“CDB!” has given generations of pre-schoolers a book they can “read” — like this:

And the stories! In “Sylvester and the Magic Pebble,” a frightened donkey turns himself into a stone, but can’t reverse the process. In “Dr. De Soto,” a mouse who is an excellent animal dentist takes a huge chance and accepts a fox as a patient. in “The Real Thief,” a goose is false accused of stealing a royal ruby.

But even more, the moral and ethical sophistication in Steig’s books astonish me. In “Amos & Boris,” a mouse falls off his boat and contemplates death in terms never before seen in a kids’ book: “He began to wonder what it would be like to drown. Would it take very long? Would it feel just awful? Would his soul go to heaven? Would there be other mice there?”

Robert Sabuda is the king of pop-up books for kids. This is not the opinion of an adult who has pressed Sabuda’s books on his compliant kid. This is the opinion of just about every 4-to-8 year-old I know.

You can test this yourself. Put two pop-up books in front of a kid, one by Sabuda, one recommended by your neighborhood bookseller or librarian. Watch the kid choose the Sabuda, just about every time. Why? Because Sabuda’s books aren’t like anyone else’s pop-ups — in addition to selecting much-loved stories, telling them plainly and illustrating them colorfully, his pop-up pages are models of technology.

Consider his “Alice in Wonderland.” Open it, and a brilliant green forest leaps out at you. Turn the page. Now we have a house with arms and legs sticking out of windows and chimneys. Oh, but you missed something — how easily you made that transition.
—