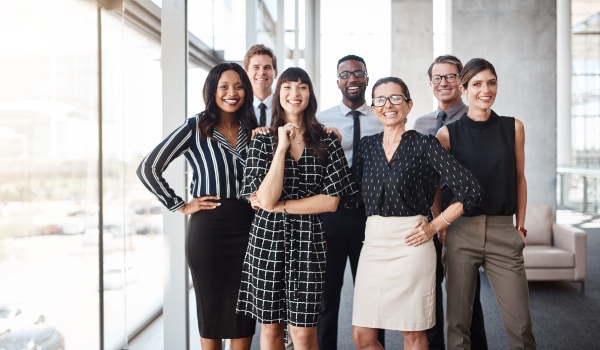 You’d think that in the internet age, making an international payment to another company would be cheap and easy. And finally it is, thanks to Airwallex co-founder Jack Zhang and an outrageously expensive order of coffee cups for a Melbourne cafe.

Armed with a degree in Computer Science from what he describes as the “fantastic” University of Melbourne, Zhang spent several years working as a software engineer and then as a solution designer in the foreign exchange sectors of Australian banks.

But, having seen several of his university classmates become successful entrepreneurs, he was looking for a new challenge.

Noting that many of the world’s fastest-growing companies were franchises, Zhang set up his own with university friend, Max Li, believing that their coffee shop and Asian food venue had the potential to become a chain. The decision took Zhang away from the world of foreign exchange only temporarily.

“We said, this doesn’t make sense. Maybe there’s an opportunity out there to make foreign transactions easier.”

Pain turns to gain
Airwallex takes the pain out of cross-border transactions (previously slow, inefficient and expensive) by using smart auto-routing algorithms to offer businesses competitive exchange rates, quick transactions, and low, transparent fees. Transactions can be made between more than 100 countries – and scalable solutions cater for all sizes of business, whether they make the occasional payment or thousands of transactions a day.

Airwallex’s potential to revolutionise an industry in dire need of an update soon attracted some serious financial support. In 2015, a pre-Series A investment of US$3 million from South East Asian venture capitalist Gobi Partners helped Airwallex through a challenging 18-month development process. Then in May 2017, they attracted Series A (first round) funding of US$13 million from Mastercard, Chinese internet giant Tencent, and venture capital firm Sequoia Capital China.

It was one of the biggest ever Series A funding for an Australian tech startup, and was followed in December by a post-Series A injection of US$6 million from Australian venture capitalist Square Peg, whose co-founder, Paul Bassat, is now one of Zhang’s mentors.

“For a fintech, Australia is a good place to establish a startup,” Zhang says. “It’s highly regulated, which means there’s a sense of trust because clients and partners know you’re compliant – you can’t not be.

“Traditional systems weren’t able to handle small cross-border transactions in a digital world. We addressed all the issues faced by traditional systems with a simple API [application programming interface]. It was a strong proposition for investors.

“Things are going well,” Zhang says.“We have acquired more than 30 large institutional clients and aim to continue this kind of aggressive growth in the Asia-Pacific region.”

Crisis, what crisis?
Airwallex employs more than 70 people worldwide, half of them in Melbourne and the rest in London, Hong Kong, Shenzhen and Shanghai. “We recruit with real purpose to find people who are energised by the challenges and pace of startup life,” Zhang says.

Zhang graduated in 2007, just as the global financial crisis began.

“The resilience of the Australian economy after the global financial crisis had a great influence on my career and the path I’ve ended up taking,” Zhang says.

“As the impact of the financial crisis was fairly minimal here compared to other economies, Australian banks – mostly the ‘big four’ – had an opportunity to strive and grow in the digital space. They invested heavily in digital transitions and this attracted a lot of top international talent from across the globe.

“I was lucky enough to have exposure to this change and worked alongside some amazing talent, with very hands-on involvement in building leading platforms in the foreign exchange space. This established a passion for digital solutions, with a focus on foreign exchange.”

Rising to the challenge
The son of two bankers from Shandong Province, Zhang arrived in Australia in 2002 aged 17, moved in with an Australian family in Melbourne’s outer suburbs, and went straight into Year 12 at high school.

“I didn’t really speak any English. It was a quite a culture shock. But I got used to things quickly. I got familiar with the culture and people here and enjoyed it.

“I really enjoy the process of being challenged,” he says. “I always want to do something from scratch, and my satisfaction point is quite high – I’m always ready to take on the next big challenge.”

Zhang’s ambitions for Airwallex are big.

“We are growing rapidly and building solutions for large businesses across a number of verticals that suffer the pain points of international payments – including online travel, education, marketplaces, e-commerce and finance.

“We want to be a global payment network that connects all the digital end points, whether they are wallets, bank accounts or cards. We want to facilitate the transactions between these end points worldwide.”

International travel currently takes up a huge amount of Zhang’s time. But there’s no doubt about his favourite destination.

“After a couple of days back in Australia I feel re-energised again. I freshen up, which is really important in such a challenging business. The people are great, and I have mentors here. It feels like home.”

This post was previously published on Australiaunlimited.com and is republished here under a Creative Commons license