Get Daily Email
Join/Login CLOSE
Home / Divorce / “When Are You Going to Get Over Your Divorce?” Is the Wrong Question 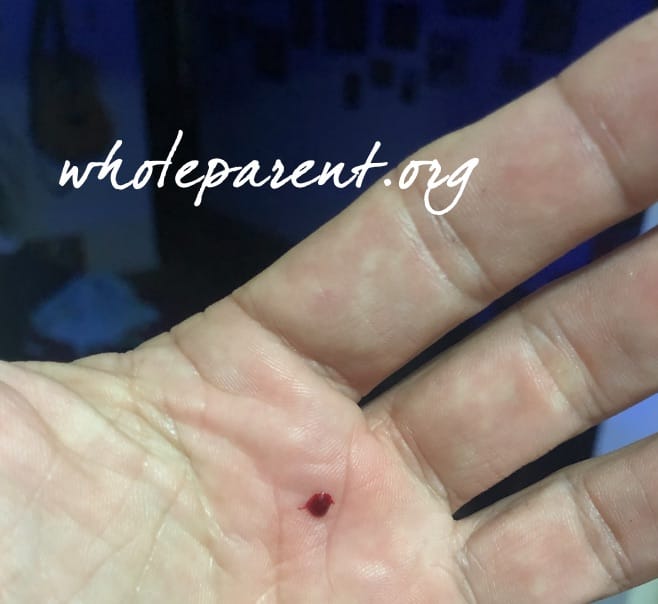 I recall a girlfriend a number of years back asking me, “When are you going to get over your divorce?” She did not have kids. She had been through a divorce 5 years before she met me. And, in her mind, my blogging and writing about being a single dad meant I was obsessed with my ex-wife. Well, dear former girlfriend, I need to explain a few things to you.

My Ex Is Not a Bad Person

Or a bad mother. But she did plead “entitlement” and grabbed the cash and the 70% share of the kid-time. She got the typical package moms are given in the US. (over 80%)

So, it’s not like my ex-wife was any different from the other 80% of moms who “go for it” in the divorce. And the family court system makes it easy. The default arrangement, preferred by family courts across the country, is to give dad the non-custodial parent role, give the dad a large child support payment, and give the mom 70% of the time with the kids, and give the mom the family home. Sure, there are exceptions. And, I agree, there are bad parents on both sides of the aisle. BUT, dads are still getting the shaft the majority of the time.

So, should my ex-wife have honored our 50/50 parenting agreement? Even if it meant a lot less time with her children? Even if it meant selling the house and finding new living arrangements for her and the kids, and not just “dad needs an apartment?” Would anyone take the 50/50 deal if they wanted the most time possible with their kids?

I’m guessing your answer would be, “No.” She did what I did. She’s a mom. Moms will always fight for their kids.

Okay, but hold up a second… What does this say about our parenting beliefs? Are moms better parents? Are dads emotionally shut down? Can a dad be just as nurturing than a mom? Are there moms who are cold hard parents? Are their disinterested moms?

“In the Best Interest of the Children”

It’s the phrase you will hear bandied about throughout the divorce negotiations. What it’s supposed to mean is, “Given all of the data available, this option will be best for our kids.” What it often means is, “Here’s what we’re going to get in the family courts, so you’d better agree to it now. We don’t want to have an expensive legal battle over custody. I mean, let’s save that money for our kid’s college fund.”

Today, we are beginning to see the science behind dads importance in the kids’ lives. And we’re seeing dads stepping up to the plate in their parenting roles. (Dads now spend 3 times as much time with their kids than previous generations – Motherly) And we’re also learning that when dads are cut out of the family parenting system, the kids will often develop psychological and emotional issues as they grow up fatherless. And we’re still asking dads to leave their kids and their money on the table so mom can do a better job at parenting.

If my ex-wife had been honest with herself, she would’ve admitted that her power/kid grab was not in the best interest of the children. Perhaps, in her angry heart, she still feels guilty for her WIN. But it was not a win for the kids. It was a loss. Pure and simple. Kids need both parents equally.

I don’t want to disagree with you. I want you to be right and happy and a great mom. And, I also want you to understand that all this mom-first talk is hurting your kids as much as it’s hurting your former spouses. Dads are not deadbeats by nature. Moms are not better and more loving caregivers. Each family is unique. Each parenting situation requires careful thought about what will be best for the children. And if you are still rallying in your righteousness about moms deserve the house, moms deserve the kids, and my wife did exactly what she should’ve done… Well, if you think moms are better than dads you’ve got some explaining to do.

Of course, my ex-wife has no apology in her heart for how she treated me. She was just going with the system, with what her lawyer suggested. She was getting the standard divorce package. And she was happy with her deal.

My kids, on the other hand, got less than half as much time with me. Maybe in my marriage and in our divorce, I was the nurturing one. Maybe I was the optimistic and happy one. Maybe I’m still the one who hasn’t gotten over the divorce because I’m still hurting from the ongoing loss of being a non-custodial dad.

I wrote The Pre-Natal Agreement as an effort to engage couples and aspiring parents to have the 50/50 parenting discussion before they have kids, or, at least, before they get divorced. If we could take the federal government and the state’s court system out of the parenting agreements between divorcing couples we’d save everyone a lot of heartaches. But there are big dollars associated with divorce. Lawyers make more money if you fight. And the state’s attorney general’s office is compensated by the federal government based on the amount of child support they collect.

In the typical hetero relationship, a dad and mom contribute their DNA, their love and support, and ultimately their lives in the care and feeding of their children. If we could balance out the misguided and harmful family court system in favor of a 50/50 cooperative parenting culture, we would have healthier kids. We would also see fewer wealthy bulldog divorce attorneys hawking their winning strategies. In a divorce, no one wins. But in divorce moms and dads should be considered equally.

When am I going to get over my divorce? Hmm. As a parent, I guess the answer is, when I die.

Facebook48Tweet1PinEmailShares49
wpDiscuz
Share this ArticleLike this article? Email it to a friend!
Email sent!