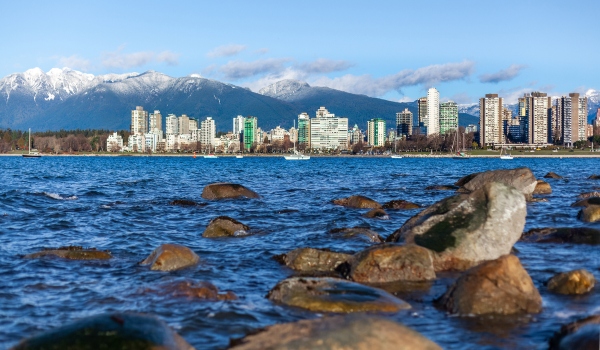 America’s north-eastern states are set to become hotter on average than the rest of the world as a result of global warming.

New research by scientists in the US predicts that even if the nations of the planet do succeed in containing global warming to an average of 2°C above pre-industrial levels by 2100, the cities of New York, Boston, Philadelphia and Washington will be 3°C warmer.

The north-eastern states will have passed the 2°C mark up to 20 years ahead of the rest of the world.

And long before that, climate change and other pressures are likely to have made clean water unaffordable for up to a third of US households, according to a separate US study.

Outgoing president Barack Obama has outlined his belief that climate change is a reality, and his insistence that the US is taking steps to contain the greenhouse gas emissions that drive global warming.

The latest research comes only days before the inauguration of a new US president, Donald Trump, who has repeatedly declared his belief that global warming is a hoax.

But two US scientists don’t see it that way. They report in the Public Library of Science’s PLOS One journal that the north-east of the US is the fastest-warming region in the contiguous 48 states.

“With the signing of the Paris Agreement to try to limit greenhouse gas emissions, many people have been lulled into a false sense of security, thinking that the 2°C target is somehow a ‘safe’ limit for climate change,” says Raymond Bradley, Distinguished Professor of geosciences and director  of the Climate System Research Centre at the University of Massachusetts at Amherst.

“But the 2°C number is a global average, and many regions will warm more, and warm more rapidly, than the Earth as a whole.

“Our study shows that the north-east United States is one of those regions where warming will proceed very rapidly, so that if and when the global target is reached, we will already be experiencing much higher temperatures, with all of the related ecological, hydrological and agricultural consequences.”

The national climate forecast also predicts wetter winters for the eastern US, and drier summers for the Great Plains and the US Northwest. The southwest, too, is likely to warm at a much faster rate than the southeast, or the southern Great Plains.

“Many people have been lulled into a false sense
of security, thinking that the 2°C target is
somehow a ‘safe’ limit for climate change”

The latest study follows a series of increasingly urgent warnings about the stresses climate change may bring to different regions of the US. These include fiercer hurricanes in the north-east, more flooding in the northern states, and potentially more destructive clusters of tornadoes.

Other scientists have identified a greater probability of those rare but devastating events, the superstorm and the megadrought.

But the climatic extremes long predicted to accompany global warming will exacerbate another problem in the US: the cost of water.

Climate change is only part of the problem, according to a second study in PLOS One. The big problem is the US infrastructure, which dates from the Second World War era and is likely to cost $1 trillion to replace and upgrade.

Another problem is the declining populations in some of the great cities, which means fewer people to bear the cost.

Right now, 50,000 households in Detroit have had their water services terminated in the last two years, say Elizabeth Mack, assistant professor at Michigan State University’s Department of Geography, and research assistant Sarah Wrase. And in Philadelphia, four out of 10 accounts – 227,000 customers − are overdue.

The two researchers start with the recommendation of the US Environmental Protection Agency that water costs should add up to no more than 4.5% of household income. They find that, on that criterion, more than 13 million US households may find their water bills unaffordable.

Water rates have risen 41% in the last six years. If they go on rising at that rate, then within another five years there could be 40 million households − one in three in the US – that cannot afford to turn on the tap, or flush away their own waste.

This is in, notionally, one of the world’s richest nations. In the low-income nations of the developing world, 60% of the population could not afford the full cost of their own water supply.

Dr Mack says: “The hope is that enhanced awareness of this issue in the developed world will highlight the severity of the issue, which is not isolated to people in the developing world.” – Climate News Network