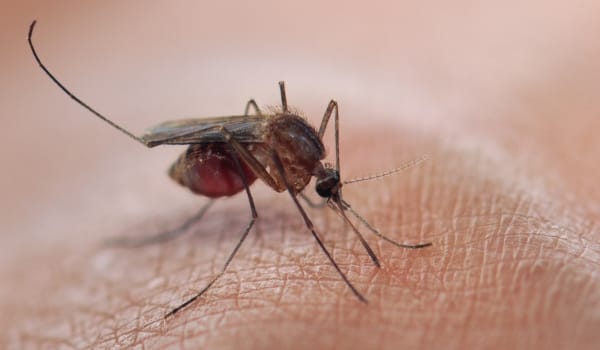 LONDON – US scientists have found a way to predict more accurately how temperature is likely to affect both the intensity and the distribution of malaria outbreaks. Their work has potentially far-reaching implications because it will improve scientists‘ ability to map where malaria is likely to occur. Knowing this could help to improve malaria control and mitigation strategies in tropical and sub-tropical regions. This could save many lives as climate change develops. The study, published in Nature Scientific Reports, shows how the current way of measuring the temperature change effects on the biology of mosquitoes and the parasites that cause malaria can lead to both under- and over-estimates of the transmission of the disease. It is estimated to have killed from 660,000 to 1.2 million people in 2010, roughly from 1,800 to 3,300 a day. While increased rainfall can contribute to malaria outbreaks, temperature is also an important factor in its transmission. Recent work has shown that mosquito and parasite biology are influenced not only by average temperature, but also by the extent of the daily temperature variation. The study examines how parasite development within mosquitoes is expected to vary over time and space depending on the daily temperature range in Kenya and across Africa. Under cool conditions, the authors say, the typical approach of using mean monthly temperatures alone to describe the environment in which malaria transmission will occur will underestimate parasite development. In contrast, under warmer conditions, the use of mean temperatures will overestimate development. They write: “These findings have important implications for defining malaria risk. Furthermore, understanding the influence of daily temperature dynamics could provide new insights into ectotherm ecology both now and in response to future climate change” [ectotherms are creatures which regulate their body temperature largely by exchanging heat with their surroundings].

The team warns that temperature is not the only factor which may be relevant: “In different areas malaria might be constrained by many factors including low humidity, lack of water for breeding sites or by human activities…”

The study concludes: “…the vast majority of ecological studies examining temperature-dependent effects consider mean temperatures alone.
“Incorporating the effects of daily temperature variation could improve… understanding of ectotherm ecology, and provide new insights into likely impacts of anthropogenic climate change on pest and disease risk, species range expansions and contractions, and biodiversity loss.”
The 2007 Assessment Report of the Intergovernmental Panel on Climate Change said malaria was likely to see mixed effects from the changing climate, expanding in some regions and contracting in others.

Severe weather, such as extreme rainfall and drought, may actually have a greater impact on the disease spread than temperature, according to New York University’s Scienceline.

It quotes Thomas Burkot, of the Center for Disease Control, as saying: “I think when people think about climate change they only think about the old term of the climate heating up, and really it’s the rainfall patterns which I think are more important for malaria transmission. More rain is generally better for malaria because you get more breeding sites being created.”

But at the end of 2009 researchers funded by the UK Government said it was rising temperatures on the slopes of Mount Kenya that had exposed an extra four million people to the risk of malaria. Climate change had raised average temperatures in the region, allowing the disease to creep into higher altitude areas where the population had little or no immunity.

Seven times more people were contracting malaria in outbreaks in the region than 10 years previously. The researchers, from the Kenyan Medical Research Institute, said that while similar outbreaks elsewhere had been attributed to multiple factors, including drug resistance and changes in land use, the only change on Mount Kenya had been a rise in temperature. – Climate News Network