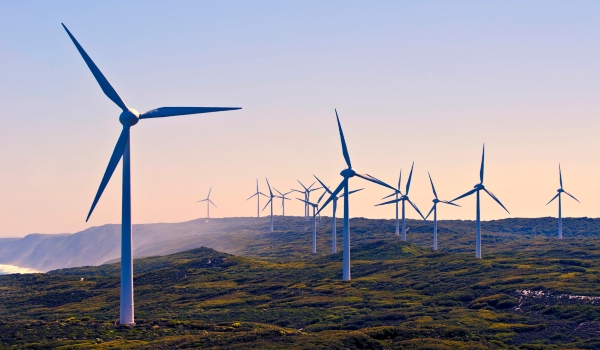 LONDON – Wind turbines are at constant but unpredictable risk of being snapped in pieces like matchsticks by medium-sized waves, a researcher has found. “The problem is, we still do not know exactly when the turbines may break”, says Professor John Grue from the Department of Mathematics at the University of Oslo, Norway. In 1989 Grue, a leading wave researcher, discovered a phenomenon called ringing, which is a type of vibration that occurs when choppy waves strike marine installations. So far scientists have studied ringing only in small and large waves, but it now appears to be more common in medium-sized waves. For marine turbines with a cylinder diameter of eight metres, the worst waves are those that are more than 13 metres high and have an 11-second interval between them. These waves occur in even small storms, which are fairly common off the Norwegian coast. The ringing problem may increase significantly, because there are plans to build tens of thousands of offshore turbines. “If we do not take ringing into consideration offshore wind farms could lead to financial ruin”, Grue told Apollon, Oslo University’s research magazine. The largest offshore wind farms are off the Danish and British coasts, though these are small scale compared with installations planned in the area of the Dogger Bank, out in the North Sea.

So far it has not been possible to use an actual turbine to measure the force exerted by ringing. But Grue says laboratory measurements show the biggest vibrations occur just after the wave has passed, not when it strikes the turbine. Immediately after the crest of the wave has passed, a second force hits the structure and it’s this which creates the ringing. “If that resonates with the structural frequency of the turbine, the vibration will be strong… This increases the danger of fatigue”, says Grue. Estimates of the damage caused by ringing are not yet reliable enough to allow an accurate calculation of the material fatigue that it produces, says Grue. “Ringing is very difficult to measure – there is great uncertainty.” Scientists also need to consider whether the turbines are in deep or shallow water. “The structural frequency also depends on conditions on the seabed. You can compare it with a flagpole in a storm, which vibrates differently depending on whether it is fixed in concrete or in soft ground.” Ringing does not harm wind turbines alone. It is already a big problem for the oil industry. The designers of one oil platform did not take ringing into account, and lost NOK 12 billion (US$ 2.1 bn), says Grue. “It’s possible to build your way out of the ringing problem by strengthening the oil rigs. But it doesn’t make financial sense to do that with turbines.” Many advocates of wind power argue in favour of siting turbines offshore, where they tend to attract less opposition and there’s space to place wind farms far apart (see our story of 27 February, Wind power ‘may be less than thought’. Professor Grue’s research suggests that siting farms at sea could give rise to serious problems. – Climate News Network