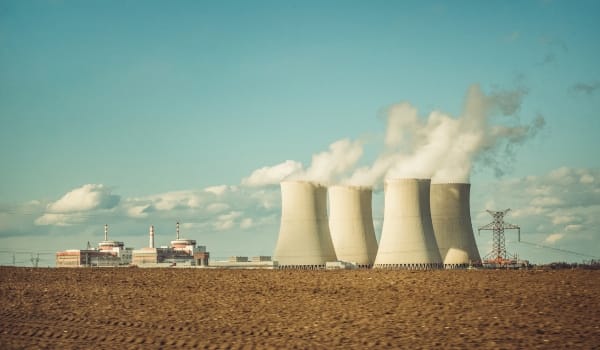 LONDON, 5 February – The UK Government’s plan to build a new generation of 10 nuclear power stations suffered another severe blow yesterday (4 February) when the British utility Centrica pulled out of the programme, writing off a £200 million investment in the process.

To prop up the industry the Government is faced with breaking two important electoral pledges, and may face legal challenges that it intends to breach European Union subsidy rules in guaranteeing a minimum price for nuclear power.

With the French nuclear industry already in deep trouble over construction delays and cost overruns, the chances of building any new reactors in the UK are fading fast.

Centrica’s chief executive, Sam Laidlaw, said the company had pulled out because the project was more costly and extended further into the future than had been planned four years ag o. Together with its partner, the French Government-owned EDF, Centrica has spent close to a billion pounds on the project and is now writing off its 20% share of £200 million, concentrating instead on renewables and natural gas for electricity generation.

Even before yesterday’s announcement the UK Government was struggling to avert the collapse of its plans. German utilities have already withdrawn from the UK programme and officials were in secret negotiations with EDF to fix a price for nuclear power high enough to persuade investors they would get their money back.

This has led some members of parliament to believe that an illegal subsidy is being created. EDF emphasized the Government’s dilemma yesterday, saying the pull-out by Centrica underlined the challenge for the Government in fixing a price for nuclear,

Ministers will be challenged in a debate in the House of Commons on Thursday (7 February) about the intended price fix.

MPs will demand that the government stops its secret negotiations with EDF because the “evidence suggests that (the price) constitutes an unjustifiable subsidy to a mature industry” and does not provide the taxpayer with genuine value for money.

The debate was ordered after concerned MPs went before the Backbench Business Committee and asked for parliamentary time to discuss the subsidy.

Mike Weatherley, MP for Hove, told the committee that as a Conservative he believed in a free market approach “yet that seems to avoid nuclear. Despite Government agreement that we would not have subsidy for it, it seems that some Members, of all parties, are sleepwalking into allowing that to happen.”

Martin Horwood, Liberal Democrat MP for Cheltenham, claimed MPs from five parties supported scrutiny of the proposed guaranteed price. He said: “A wider issue for Labour members is that the last Labour Government’s pledge not to subsidise new nuclear was central to their Energy Bill, but is now being broken without much public debate.”

MPs will also point out that successive governments have promised that a new generation of nuclear plants would not be built until the problem of disposing of waste from the new stations had been solved.

Last week’s rejection by Cumbria County Council of plans to dump the nation’s nuclear waste in the Lake District means that the Government’s only existing proposal for disposing of waste has been vetoed. So far ministers have not come up with an alternative, so unless they break their promise on waste there can be no nuclear stations. Yesterday a report highly critical of the escalating cost of dealing with waste was issued by the House of Commons Public Accounts Committee.

The Government has tried to avoid the issue of subsidies for new nuclear by wrapping together support prices for renewables like offshore wind and new nuclear build. The problem it faces is that the price of renewables is coming down and that of nuclear is rising and needs a subsidy to make it competitive.

Nuclear is classed by the European Union as a mature technology and has already received £100 billion in subsidies in the UK. It is therefore not eligible for more under EU rules.

But it is clear that without subsidy – in the form of a high fixed price for electricity that the consumer has to pay for 30 years – nuclear power plants are unlikely to be built.

The British Government wants the French to build four reactors immediately, two each at Hinkley Point in Somerset and Sizewell in Suffolk. They are the European Pressurised Reactors, the first of which is under construction in Finland and a second in France.

Both are several years late and massively over budget. Two more are being built in China, both reported to be on time and on budget, although there is no independent verification.

The Finnish plant, the prototype, was started in 2005 and was supposed to be connected to the grid in 2009. The start date had now been put back “beyond 2014” and the cost has risen from three billion euros to more than six billion.

The second plant was the prestige project of EDF but has also gone badly. It was supposed to herald a new generation of stations to replace the ageing plant which provides 75% of France’s electricity. The company owns 58 French and 15 UK reactors but has a falling share price and rising debts.

Its flagship project at Flamanville in northern France is already five years late and six billion euros over budget. It was supposed to be finished in 2011, but now the expected date is 2016 and the cost has risen to 8.5 billion euros.

The company is also faced with spending 10 billion euros to update the safety of its existing reactors following the Fukushima disaster in Japan.

Investors have been selling shares in EDF steadily since 2008 and prices have dropped further recently as EDF’s debts have increased, making investment in nuclear plant in Britain without price guarantees unlikely if not impossible. – Climate News Network

Facebook58Tweet2PinEmailShares60
wpDiscuz
0
0
Would love your thoughts, please comment.x
()
x
| Reply
Share this ArticleLike this article? Email it to a friend!
Email sent!