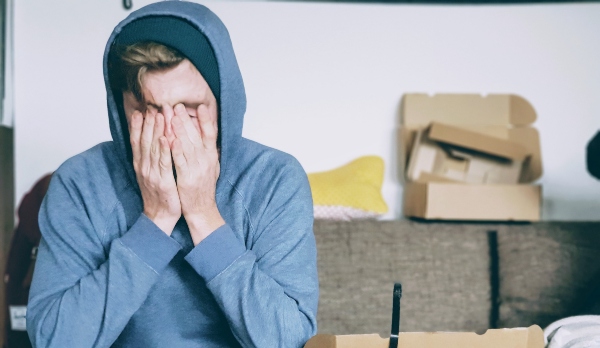 Double standards on gender really, are not news to any of us. Whether you are a man getting the better end of it (majority of the time), or a woman getting the worst of it all the time. We all know that society has an endemic problem with setting different standards for the different genders.

While sons are nannied even as growing adults, daughters in the parallel will almost always take care of the household and parents. Yet we call adult women to be ‘weaker’ or more ‘naive’ than grown men. Many such adjectives are used to describe women and things just don’t add up, do they?

The fact that gender stereotypes and double standards are more restrictive and destructive for female progression in society has been very well-acknowledged.

Generalising certain groups of people puts them into a single box, which means we forget to look at them as holistic individuals beings. Thus, neglecting many talents and potentials. And this has been happening to girls and women for centuries.

It has led to severe gender inequality in society and feminism has fought for and continues fighting for women’s rights all over the world. From education rights to employment rights to abortion rights. It has led to depriving women of their basic human rights. However, as often argued feminism is a movement for the betterment of the entire society and not just women. Thus, when our double standards are destructive to women, they are equally, if not more damaging for men.

Gender double standards have been disadvantageous for men for decades now and the problem is going to affect males even more deeply in the future. This is because it is often an issue that is neglected. If we avoid talking about how the patriarchy is toxic for men themselves, how are we ever to find a solution?

This is how men’s standards have been lowered too much

We are very easily impressed by men, whether or not a man is trying to impress you.

When men do things that women have been doing for so long (since human civilisation began), we give them a disproportionate amount of credit. Something women are ironically still denied.

Applauding boys for doing the bare minimum really have restricted them. Girls are outperforming in so many fields. Research has shown that boys are slacking in the classroom attaining much lower grades than girls. As grown men, they are not as responsible as they should be.

Whilst making life easier for men because traditionally they did the harder work earning an income. We have been making our boys so comfortable in such low standards that the bare minimum seems ambitious for them. Times have changed and it really is time that our attitudes shifted.

Household chores like cooking, cleaning, and maintaining the place you live in really should no longer be done by women only. With more and more young males leaving home to attend university and even build careers. It has always been a survival skill and all people must learn to deal with pesky little chores.

Men doing household chores is usually very surprising and when they do so, people immediately assume that things aren’t going very well in the house. Meanwhile, the majority of the household chores men do are usually the occasional repairs or just mowing the lawn once in a blue moon.

Cooking and cleaning have the stigma of being the ‘feminine’ tasks which is why men don’t often do it. But when they do they get too much credit for the outcome that women usually achieve and on top a lot of the time, men don’t really do the cleaning up part of cooking. Something their wives or partners usually do when they do cook.

This double standard has been stated very well by this dialogue delivered by Sridevi in a Bollywood film.

“If men cook food, it’s an art and when women cook it’s her duty”.

This sums it all up because we raising sons and daughters unequally. Where daughters are taught how to tidy up after themselves as young as 6 years of age, but it’s still fine for 10-year-old sons to dirt the house with muddy shoes.

We must realise this is too much comfort for men, and it is only damaging them. It isn’t helping them attain the basic skills needed for survival in this modern world.

We must accept that nature itself is not promoting this. No longer are these boys out in the woods hunting food, they have a life of equal comfort as women.

The workplace is not just for men

With less pressure on boys, they really are not focusing on their education. As well as parents even teachers are seen nannying boys in order to educate them.

As unfair as gender inequality has been on girls, women have become so irritated that they have actually become so much more ambitious.

And such women are usually labeled “bold”, “overconfident” or even “full of themselves”. When really it is just an evolution of women from being held back for years to being full of rage and the only way to pour it all out is to prove themselves.

When men are aspiring for big careers, better positions they are seen as rightly “ambitious”. Many women would also call them “responsible” because they are showing maturity to become independent. This just goes to show how easily women are impressed by men and they settle for so much less than they deserve.

Men focusing on their professional life are ‘focused’ meanwhile women are known as being the ‘career driven’ breed of women. And dare a woman works day and night to get a better position for herself, people begin hinting that she has been involved in some illicit sexual activity for that promotion. People also take away credit from women by assuming women get promoted only to fill in the ‘diversity and inclusion criteria of a company.

It is also been found that men feel like they ‘deserve’ a well-paid job, whereas women usually pressure themselves to work hard to achieve better-paid jobs.

We must educate our boys that they are not entitled to anything in life and slacking will not get them to ‘deserve’ the well-paid jobs. We must also teach our sons that as there are women in their workplaces these women also complete their household chores along with their professional roles.

Even women get tired and so they must help out with household chores.

Consent works both ways. Yet we have been teaching our boys, that they must be the first ones to show consent and ask for consent. Nerves can get the better of us, ALL of us. Men are allowed to feel nervous too.

When it comes to relationships, women are expected to be shy and respectful. So much that they should not be so explicit about the affection because that just means she’ll get labeled as ‘desperate’.

Put a man in the very same position and the story suddenly changes. When men express their feelings they are ‘confident.

The same way men receive praise for being able to impress many women. Meanwhile, women in the same position are known as being a ‘hoe’.

Men really get the bad end of this. Whilst it may seem like a sign of masculinity to make the first move. It really is not necessary.

And with Bumble, Britney Wolfe Herd has proven this very well. Before this, 1400 years ago the Khadija had proposed the Prophet Mohammed (pbuh) for marriage.

So let’s not pressure our boys for unnecessary things. Successful relationships do not need to be initiated by men, women are wise enough for that as well. This notion of men being the ones making the first move has already given us too much grief, it makes men feel entitled over women.

Feminism is a movement for all people of society.

When men went out and worked as the sole breadwinner, women mastered the art of home-keeping and doing the pesky little household chores.

Now times have changed and we as a society have come a long way.

As women have become both working women or ‘career driven’ as they say. Women are also capable of maintaining the house after a long day of work, because that is something all girls are taught to do, no matter how good or bad she does it. Just focusing on their careers men are now lagging behind.

We must move away from gender double standards to encourage and enable our sons to become well-rounded individuals.

Thinker, Writer. Spreading positive vibes. I write poetry, narratives and articles about the world I live in.