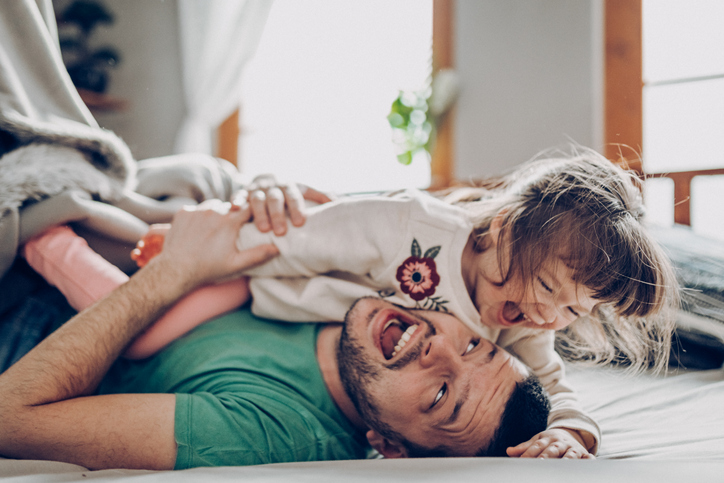 My friend Brian is a great guy but a product of his sexist upbringing. He has a wife and two kids and was raised by a mom who “spoiled him rotten.” His mother did everything for him and his two brothers and he grew up feeling special as a boy.

It was not until he got married and had kids that he realized that his upbringing was harming his capacity to be a great husband and dad. Over ten years of marriage he struggled with his wife and kids until he began to realized a few things about himself. At the top of that list was his emotional dread. For example,

Over time Brian began to realize that these deeply ingrained thoughts and feelings were standing in the way of his ability to be close and intimate with his wife and children. So he set out to learn more.

The intensive socialization of boys

“Patriarchal boys, like their adult counterparts, know the rules: they must not express feelings, with the exception of anger; they must not do anything considered feminine or womanly.” bell hooks

If you read any books on masculinity you will come to realize one very sobering facts. Over the last several hundred years we as a society have raised generations of boys and men who are stunted. This is because we have unwittingly reinforced a model of masculinity called the “boy-code” or the “man-box.” It has recently been coined “toxic masculinity” and sets out our expectations of boys and men. In essence we raise men to be “tough guys.” (I urge you to watch one of the several TED talks or the documentary “Tough Guise”). We tell them that they must deny many essential parts of themselves so that they can become “real men.”

From the day boys are born, they learn exactly what it means to be a boy. They observe parents, watch movies, listen to music, read comics and play video games. They learn that boys are tough, macho, messy, disorganized and aggressive. Over time parents, teachers, coaches and peers reinforce these ideas until we all come to believe them.

We also tell boys that they are special, privileged and the top guns and they must act in ways that are competitive, dominating and infallible. At the same time, our entire society reinforces this conditioning through the media (especially pornography) and eventually our beliefs become so deeply ingrained that we begin to think that they are genetic.

As a result many men are harmed, both emotionally and psychologically, and often find it difficult to relate on an intimate level with others. Most harmful to relationships is the pressure to reject and despise all that is feminine (including women) and fear emotions. The rules are essentially as follows:

For most males of the last few generations, these ideas have been instilled since they were little boys and continue to be reinforced in our patriarchal culture every single day. Indeed it would be nearly impossible for a boy to reach manhood unscathed by his gendered upbringing. The sad fact is that far too many kind-hearted and compassionate boys get so severely indoctrinated by our sexist culture that they lose a huge part of themselves.  No man survives sexist-free.

We need emotions to love

“The demanding emotional work of identifying, expressing and negotiating feelings ─either theirs of their partners─ is a tall order for someone who learned, often against his will, to turn his back on the world of emotion and vulnerability somewhere around kindergarten.” Terrence Real p 199

And herein lies the problem. In our society we raise boys in such a way that they find relating very difficult. Relationships are by definition an emotional path and intimacy cannot happen between two people without some level of self awareness and vulnerability. This means understanding emotions, needs and indeed the whole journey of love is one of discovering yourself as well as how to better relate to one another.

Although all men want to be loved, and they ache to be intimate, many find it hard to express this love in a relationship. This is not due to genetics.  Our society does not allow men to act this way as described here:

“…a traditionally socialized man find himself relatively incapable, and mostly unwilling, to sit down with his own feelings, bring them to his wife in a thoughtful and constructive manner, and straightforwardly negotiate his wants and needs. Such skills of introspection and communication in personal relationships are as foreign to conventional masculinity as direct assertion has been to femininity.” Terrence Real

Even though the relationship men have with a woman may be the only place that he will feel a deep sense of connection with another human, many still struggle. Indeed the topic of love, desire and intimacy is actively avoided in male conversations about relationships. They are filled with talk of sex and intercourse but rarely close human connection.

To make matters worse, we shame men who show affection because we consider such feelings to not only be weak, but also feminine. In our society, any man who asks love or intimacy is considered weak and feminine, so is actually shunned by both men and women. As a result men are unable to experience and enjoy the world of intimacy and vulnerability and thus are left behind in relationships. This has been labeled “emotional disenfranchisement” since men do not have the benefit, nor do they realize what they are missing.

As stated by psychologist Terrence Real,

“Empathy, sensitivity, knowing what he feels and wants, speaking with a vulnerable heart; even introspection itself—these skills belong to a world Steve left behind a long time ago. They are the very “feminine” qualities that most boys, even in these enlightened times, have had stamped out of them. In our culture, boys and men are not now, nor have they ever been, raised to be intimate. They are raised to be competitive performers.“

Many men sever their own emotions and deny emotions of others. They come to dread feelings so much that any mention of “relating” or even talking with women triggers a traumatic response. This is often compounded by a psychic fear of women that has been passed down through generations of men, leaving most men in their own unconscious prisons without the tools to break free. As bell hooks says:

“The first act of violence that patriarchy demands of males is not violence toward women. Instead patriarchy demands of all males that they engage in acts of psychic self-mutilation, that they kill off the emotional parts of themselves. If an individual is not successful at in emotionally crippling himself, he can count on patriarchal men to enact rituals of power that will assault his self-esteem.” (Emphasis added)

And to make matters worse, boys rarely learn directly about how to treat a woman in the most intimate situation of all, during sex. Instead they learn through their peers and pornography. Author Ken Page, in his book “Deeper Dating” describes the problem as follows:

It’s not really men’s fault. They were traumatized as young boys and so were girls. Most men just don’t know about the very real ways in which our society wreaks havoc on their relationships.

So what to do?

So if you are a father who truly desires intimacy with your wife and closeness with your children, you must first become self-aware. You must be continually on the lookout for the ways in which your socialisation and toxic masculinity are impacting you and other. You must recognize your own sexist behaviours and correct them and, most importantly, you must reclaim your emotional capacity. Your emotions and the emotions of others are the ONLY way to be in relationship and to love. It’s all worth the effort!

“To create loving men, we must love males. Loving maleness is different from praising and rewarding males for living up to sexist-defined notions of male identity. Caring about men because of what they do for us is not the same as loving males for simply being.” bell hooks

“Self awareness for both men and women is developed through practice in relationships. The relationship is where empathy is learned. It is through empathy that we learn to see through the eyes of others, and we learn to explore the feelings through which we begin to know, not only ourselves, but others.” Michele Takei

“…we must first shake ourselves awake from the cultural trance we all live in. This is no small matter, to untangle our true beliefs from what we have been taught…” Elium & Elium

“Having had little practice with feelings other than anger, fear and dread, men are typically relationally challenged, resorting to silence, blaming, stonewalling, anger, defensiveness and even violence to solve any problem. Michele Takei

Jane Johnson is writer working towards a more inclusive world.

Facebook495Tweet1Pin2Email5Shares503
wpDiscuz
Share this ArticleLike this article? Email it to a friend!
Email sent!