Is there anyone who hasn’t gotten caught in the crossfire on social media lately? Doesn’t it make you wonder what makes people act so mean?

This article from Psychology Today compares our ubiquitous connectivity, and the illusion of anonymity it gives us, to road rage – that tendency that some drivers have to cut people off, or flip people off, or yell obscenities as they fly past you doing at least 90 in a 70 zone.

The article makes a good point. People in cars are, in a sense, armored. They have a sense of untouchability. And people on the internet have a sense of unreachability, the interface of keyboard and screen acts as an effective buffer, causing us to assume there are no real consequences for our attacks.

This article on HowStuffWorks.com presents a different theory:

By continually presenting only our “best selves” online and reaping the emotional benefits of lots of “likes” on Facebook for instance, psychologists say our self-esteem may bloom disproportionately — and negatively impact self-control. The result? You’ll feel entitled to be an online meanie. Experts also posit that people sometimes actually forget that they’re speaking out loud when they post a snarky comment — writing something from a smartphone almost seems like you’re talking only to yourself.

So yeah, with a smartphone in almost every pocket and high-speed internet in almost every home (as well as a lot of public venues) there is almost no limit to your ability to reach out to the world and make an impact. And with the connection speeds some internet providers offer today you can do it lightning fast.

Which means you may not always think before you send, or post, or comment. You’re making that choice from mindset or belief system, not mindfully or with intention.

It’s not that you think it’s OK to be mean. It’s just that you feel it’s your right to be mean, in certain circumstances, on the internet.

Besides that, you can do it all at once. Unlimited wireless internet that allows you to have multiple devices logged in at all times means you can watch a movie, play a game, and post to social media without stopping to take a deep breath. Or to think.

In this case (and probably in most cases) multi-tasking is not your friend.

Especially if the movie you’re watching is full of violence or outrage, or if the game you are playing is good against evil and everyone but your character is evil. If that’s the stimuli behind your thoughts when you post it’s even more likely that you will speak (or type) from a position of being threatened instead of being calm and confident and kind.

Yes actually, to you.

For one thing, all that negativity can send you to an early grave. Seems that in a study involving nuns who all had similar lifestyles and habits, the happiest nuns lived a full 10 years longer. Another study concluded that happiness could add as much as 16 years to the life of a man and 23 years to the life of a woman. That’s nothing to shrug off!

And all that sniping back and forth, plus all that unfriending and blocking that often puts an end to the heated exchange, can a sense of abandonment or isolation. Which has been shown to be a root cause in many cases of addiction and abuse.

Which doesn’t make the internet, your devices, or social media evil. Like any technology, it’s not about what you’re using, it’s about how you’re using it.

The internet can be a source of connectivity, support, and dare we say it – happiness. If you’re being conscious and intentional in how you use it. Some suggestions are obvious – stay calm, block haters, don’t feed the trolls. But those just keep us from exploding, or imploding, they don’t add to our happiness.

I don’t know what makes you happy, but here are three reasons I’m happier because of high-speed internet and social media.

I recently had the opportunity to have dinner with someone I only knew through Facebook. We’d been connected for 7 years – she remembered it distinctly because we became Facebook friends when she was at a major crossroads in her life and I’d cheered her on from that point forward. She lives in Canada, I live in the middle of the U.S. It would have been possible, even likely, that we would go a lifetime without meeting, but when the opportunity came for us to meet while I was in Toronto to speak at a conference we hugged like long lost friends and sat down to eat and catch up on our news as though we’d just had dinner together a month ago.

Not only do I know these people, but I get to contribute to their lives. When I let myself smile at someone else’s funny story, or cheer when someone else posts a cause for celebration. When I grieve with them because they have lost a friend, be they human or animal, or I sympathize when they’ve had a challenging day. When I stop to like or comment or offer a word of support. When I get the opportunity to do these things for friends who live in every corner of the globe I’m reminded of all the lives I get to touch, and the joy and responsibility that comes with that power. And suddenly, when I focus on all the real friends I stay connected to because of the internet, I’m thankful for social media, and email, and Skype, and Zoom, and all the other communication tools we didn’t have before the magic that is wifi became so easy to access.

I Can Support Causes That Matter to Me

Supporting a cause used to mean volunteering. Or depending on scraps of processed dead trees to send checks in the mail. And there is only so much of that anyone can do. And back in the day we only heard about the causes if they had enough money to get on our radar in the first place. But in the age of high speed internet non-profits can get my attention via social media or email, and I can make a microloan on Kiva.org, share a friend’s Kickstarter link, and send a donation to an animal rescue mission faster than I can write a single check and put it in the mailbox.

I Have a Voice and the Platform to Make Myself Heard

And so does everyone else. The low barrier to entry means that anyone with a message or an opinion can build an audience. Anyone with an internet connection and a Facebook account can create a group and build community. Anyone with a smart phone and a twitter account can promote their wares and their ideas. And that is the “media” side of social media. That anyone can create their own media “channel” and use it for whatever purpose they choose.

Which, although it offers plenty of opportunities to use it for evil, can also be used for good. My friends share some amazing wisdom and inspiration. It isn’t unusual for one of their posts to give me just the shot in the arm I need to face the rest of my day.

For me, the power to publish my writing on everything from online magazines to my personal Facebook page has resulted in opportunities to collaborate on some amazing projects with some powerhouse entrepreneurs as well as a trip to India to accept a “Woman of the Decade in Enterprise and Innovation” award from the Women Economic Forum.

But mostly, being able to connect easily and quickly with anyone anywhere in the world makes my world both smaller and larger, my relationships both broader and deeper, and my opportunities for personal and professional growth almost limitless.

Thank you Jason! Can you tell there was a little personal experience behind it? 😉 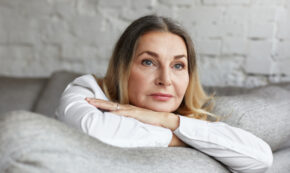 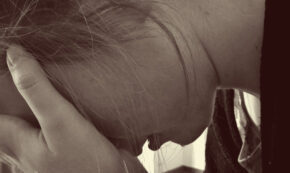 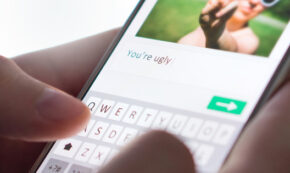 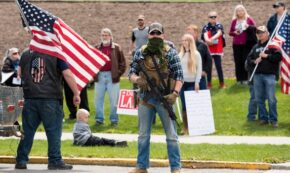 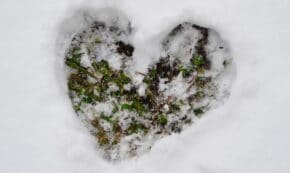 FacebookTweetPinEmailShares55
wpDiscuz
2
0
Would love your thoughts, please comment.x
()
x
| Reply
Share this ArticleLike this article? Email it to a friend!
Email sent!