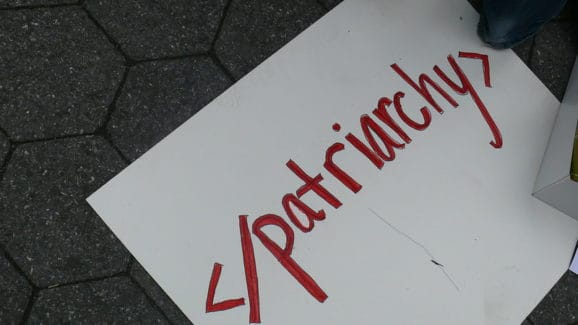 Increased attention on men’s violence against women has focused attention on not only rape and sexual harassment but also on the cultural support system for such behavior. While only a small fraction of men violate the law, lots of men engage in less blatant forms of aggressive and coercive behavior that injure and undermine women, and even more men are bystanders who fail to challenge other men’s abuse.

This conversation often revolves around a critique of “toxic masculinity” and the search for a “healthy masculinity,” which does bring needed attention to these forms of abuse. But we should be wary of the way those phrases can limit our understanding and reinforce patriarchy.

I propose we replace “toxic masculinity” with “masculinity in patriarchy,” to focus attention on the system out of which problems arise.

An environmental analogy helps: Too often we only think about toxic chemicals when we have to clean up spills and leaks, responses that obviously are necessary. But just as important is challenging an industrial worldview that embraces the use of those toxic substances, along with critiquing the economic system that makes toxic contamination inevitable. The same goes for the patriarchal worldview.

Some may think patriarchy is an out-of-date term, but it’s an accurate description of societies based on institutionalized male dominance—which is virtually all the world, including the United States.

Patriarchal societies change over time and vary depending on culture, but when we recognize “it’s still a man’s world,” we simply are acknowledging that patriarchy remains entrenched.

The patterns in the toxic attitudes and behaviors of men are not free-floating. They are the product of that social system. We will make more progress if we name the system and recognize the resulting disparities in wealth and power.

“Toxic masculinity” focuses our attention on the worst behaviors, and certainly those forms of abuse must stop. But our chances of success increase if we can talk honestly about the “normal” training in masculinity that men get in patriarchy:

Be competitive, pursue conquest, don’t back down from confrontation, and always be in control of oneself and others.

That training produces not only rape and harassment, but plenty of callous and abusive behaviors that are routine in business, sports, the military, and everyday life.

How to change that understanding of masculinity?

I also propose we stop fussing about how to define “healthy masculinity,” not because men don’t need to change but because that project actually supports patriarchy. Of course we should reject the toxic ways that men routinely treat women as objectified bodies for sexual pleasure, and instead seek real intimacy. We should renounce the way men are trained to use threats and aggression to resolve disputes, and instead foster collaboration.

But if we start to list the qualities of healthy masculinity—such as caring, compassion, and connection, or using our strength and determination to protect and nurture rather than control—we realize that all of those positive traits are not unique to men. Women are just as capable of the same behaviors. It turns out that embracing a healthy masculinity just means being a decent person, in ways that both men and women should, and can, strive for and achieve. A healthy masculinity turns out to be a healthy humanity.

Male and female humans come with different reproductive systems, of course. I’m a man and will never, as the saying goes, menstruate, gestate, or lactate. But that biological reality doesn’t dictate a distinctly masculine way for me to feel, think, or act.

In patriarchy, we tend to overestimate the allegedly “natural” psychological, intellectual, and moral differences between men and women as part of an attempt to justify that institutionalized male dominance. The attempt to “rescue” masculinity is an impediment to change.

I can anticipate a few different responses to what I’ve said so far.

OK, but isn’t a new conception of masculinity necessary for a feminist challenge to patriarchy?

No. In the three decades I’ve been involved in a feminist movement, I’ve never heard women talk about how to create a “healthy femininity.” In patriarchy, femininity is a marker of second-class status, a way to remind women they are subordinate to men. The feminists I work with want to be free of patriarchal control over women rather than rescue femininity.

Again, nothing in my argument requires us to ignore the physical differences between men and women. But masculinity in patriarchy is the marker of male dominance, just as femininity is the marker of female subordination. The human species will continue to reproduce without the patriarchal imposition of suffocating gender norms.

Won’t such blunt talk scare away many men?

Perhaps, but in my experience, blunt talk spurs change. For more than three decades, I’ve been involved in the feminist movement to challenge men’s use and abuse of women in the sexual-exploitation industries of pornography and prostitution. That radical feminism was, and is, blunt, but that’s what led me to wrestle with deeply engrained attitudes, struggle to change my behavior, and commit to a feminist politics. Rather than fear such radical feminism, we should see it as a gift to men.

Substantive justice and meaningful equality will not emerge from obsessing about how to reshape masculinity but rather from the courage to leave it behind.

We have to learn to be male without clinging to masculinity. We have to transcend patriarchy, not redefine it.

Robert Jensen, an emeritus professor in the School of Journalism at the University of Texas at Austin, collaborates with Ecosphere Studies at The Land Institute. He is the author of several books, including The End of Patriarchy: Radical Feminism for Men and Plain Radical: Living, Loving, and Learning to Leave the Planet Gracefully. His 2007 book, Getting Off: Pornography and the End of Masculinity, is available as a free PDF online at http://robertwjensen.org/articles/by-topic/gender-sexuality-and-pornography/getting-off-pornography-and-the-end-of-masculinity/

He can be reached at [email protected] or online at http://robertwjensen.org/ 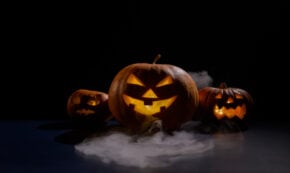 FacebookTweetPinEmailShares457
wpDiscuz
0
0
Would love your thoughts, please comment.x
()
x
| Reply
Share this ArticleLike this article? Email it to a friend!
Email sent!