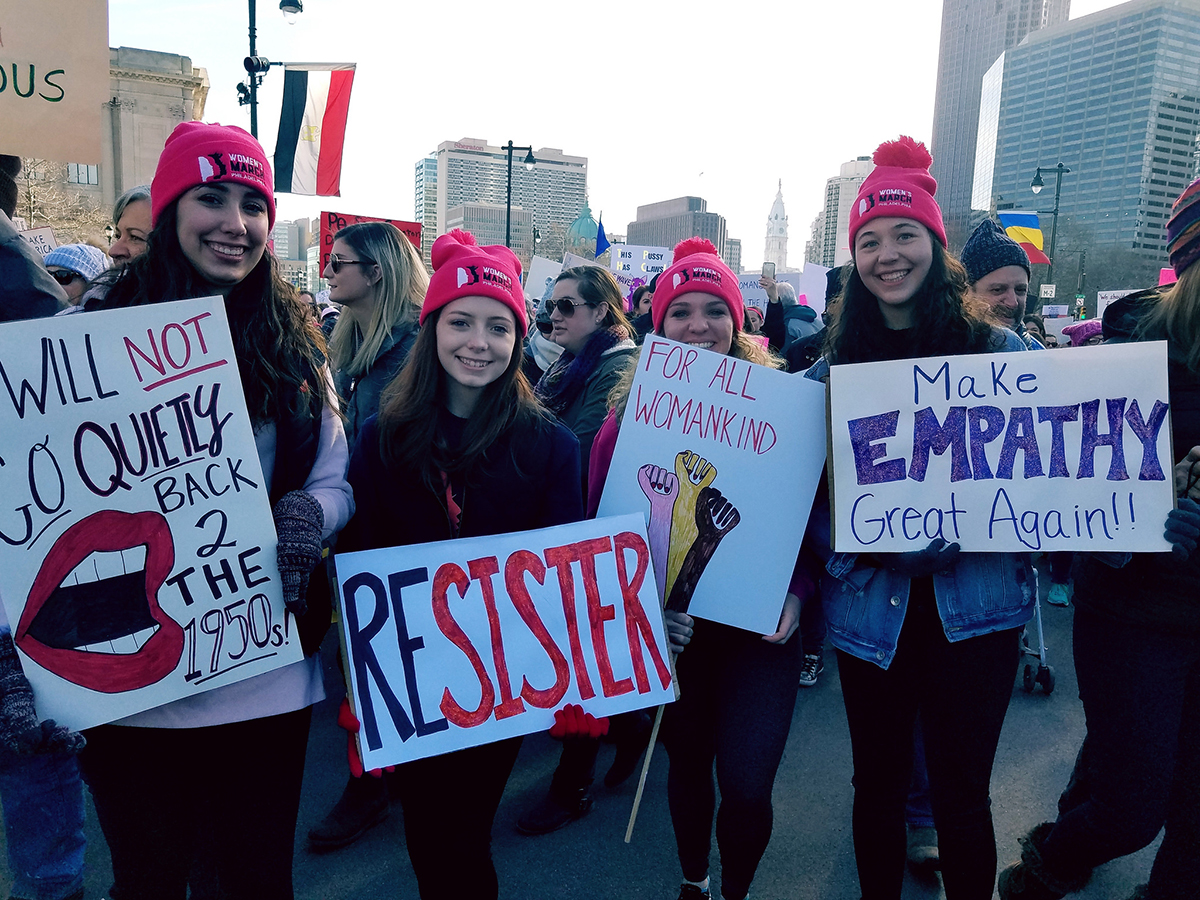 The fight for women’s equality is creating upheaval that is explosive in its implications for men’s core sense of identity. #MeToo is a particularly timely earthquake, coming at a liminal moment in history when much of what once underpinned men’s identities, both social and economic, is collapsing.

Go to any middle school or high school classroom in America. Ask the boys there to tell you the rules for being a man. They’ll all tell you the same things. Always be tough. Always be successful. Always be confident. Always have the last word. Always be the leader. But one of the first rules of manhood these boys will tell you is that “real men” don’t show their emotions.

The implications of this single prohibition run deep, informing nearly every aspect of men’s, and by extension, women’s lives. To this day, we coach our sons to present a facade of emotional toughness and our daughters to admire that facade in men. Even in infancy, little boys are expected to begin modeling stoicism, confidence, physical toughness, authority, and dominance. The strong and silent type remains a central American symbol of how to be a “real man.”

These rules for being a “real man,” often referred to as man box culture, are the reason why nostalgia for a bygone 1950’s era America is so compelling for some men. That earlier America, where large numbers of women accepted their status as second-class citizens, provided the cultural container that made man box culture seemingly rewarding for men, and its catastrophic personal costs relatively invisible.

But now, after a century or more of women’s hard-fought battle towards equality, the remnant of our retrogressive 1950’s era cultural container is collapsing. As it does, the brutal and isolating costs of man box culture become more evident to men, minus the countervailing benefits it once provided when women (and people of color, and LGBTQ people, and immigrants, and so many others) had no choice but to play along.

It is in this liminal cultural space between what was and what will be, that men are experiencing deep uncertainty. Long reliant on the predictable command and control hierarchy of male culture, we have never been taught to manage uncertainty, while women, who have historically been subject to the whims of men, have had to manage it all their lives.

Because men’s man-box-constructed identities are based not on creating and maintaining authentic relationships and communities, but instead on a strict adherence to hierarchical roles, the loss of the cultural container that validates those roles feels like a terrifying loss of core identity. Which explains the deeply irrational reactivity many men are displaying, seeking to reassert their fading right of male power and control, which arguably has resulted in little but pain and suffering for men and women alike.

For generations, men have been conditioned to compete for status, forever struggling to rise to the top of a vast Darwinian pyramid framed by a simple but ruthless set of rules. But the men who compete to win in our man box culture are collectively doomed to fail, because the game itself is rigged. We’re wasting our lives chasing a fake rabbit around a track, all the while convinced there’s meat to be had. There is no meat. We are the meat.

The slow realization that we can never win is the unspoken and unacknowledged source of the male panic and rage surging through our culture. Like many men, I’ve wasted decades of my life trying to perform the man box model of manhood, which by design leaves us struggling to prove our manhood while forever failing to completely do so.

Man box culture is deeply ingrained in us because it begins exerting its influence in the days after we are born. As little boys we begin suppressing our own naturally occurring capacities for emotional and relational connection, thus setting us on a path for a lifetime of isolation. The damage is done before we are even old enough to understand what is happening.

The list of central relational capacities that man box culture suppresses includes empathy. The suppression of boys’ and men’s empathy is no accident. It is the suppression of empathy that makes a culture of ruthless competition, bullying and codified inequality possible. It is in the absence of empathy that men fail to see women’s equality and many other social issues for what they are: simple and easily enacted moral imperatives.

Instead, we have a doubling down on the battle against equality by some men who’s very sense of identity is threatened by an egalitarian culture of gender, racial, sexual, religious, and social equality. Meanwhile, the ultimate cost for men is epidemic levels of social isolation.

These growing levels of social isolation, a direct result of man box culture’s stripping away of boys’ relational capacities, are the root cause of men’s rising rates of suicide, addiction, divorce, violence and early mortality. It turns out the war on women is a war on men, too.

What is remarkable that in spite of our man box culture, many men continue to fight for connection, community and equality in the world. But this happens in spite of everything man box culture does to us. Imagine a world where we encourage every child’s relational intelligence instead of suppressing it.

Imagine a world without the man box.

This article is an excerpt from Mark Greene’s The Little #MeToo Book for Men.

In just seventy five short pages, The Little #MeToo Book for Men lays out how our culture of manhood methodically robs our children of a lifetime of connection and compassion. Please support our work, and THANK YOU! Order print and eBook now on Amazon.

Bs. These ignores so many narratives and plots. Many of these same men have surrounded by women throughout their life since the late seventies. Especially if the men were raised by single moms, community of single, and/or whatever matriarchy they’ve been exposed to. Over the decades, most guys dont even have consistent access to decent male figures until high school. By then, the male “development tutorial” is almost done and slacking. Now add the fact that children also socialize each other. This article is missing so much, as men being the men they are today happens in a vacuum. Not… Read more »

I feel this article ignores a glaring spotlight to the face. The female cultural support for the very traits you feel men should abandon. While I agree that dropping several of these traits would be a healthy move, these traits are also proven successful in our culture at having resources and attracting. Women teach boys in elementary schools, single mothers also raise boys and mothers in marriage also raise sons. It’s not just men who have an influence on boys and I’d go so far to say that the larger cultural that isn’t male has more influence than men themselves.… Read more »

I’d like to comment in more detail on the OP itself, but for now I only have time to say that I think your comments made some strong & valid points.

Mark, Glad you are making the connection between the “Man Box,” how men suffer as a result, and the impact it has on our relationships with ourselves, other men, and with women.

Facebook32Tweet7Pin4EmailShares43
wpDiscuz
4
0
Would love your thoughts, please comment.x
()
x
| Reply
Share this ArticleLike this article? Email it to a friend!
Email sent!