Get Daily Email
Join/Login CLOSE
Home / Ethics & Values / Pushing Back Against Football, For Our Boys and Men: The First Annual CTE Awareness Day. 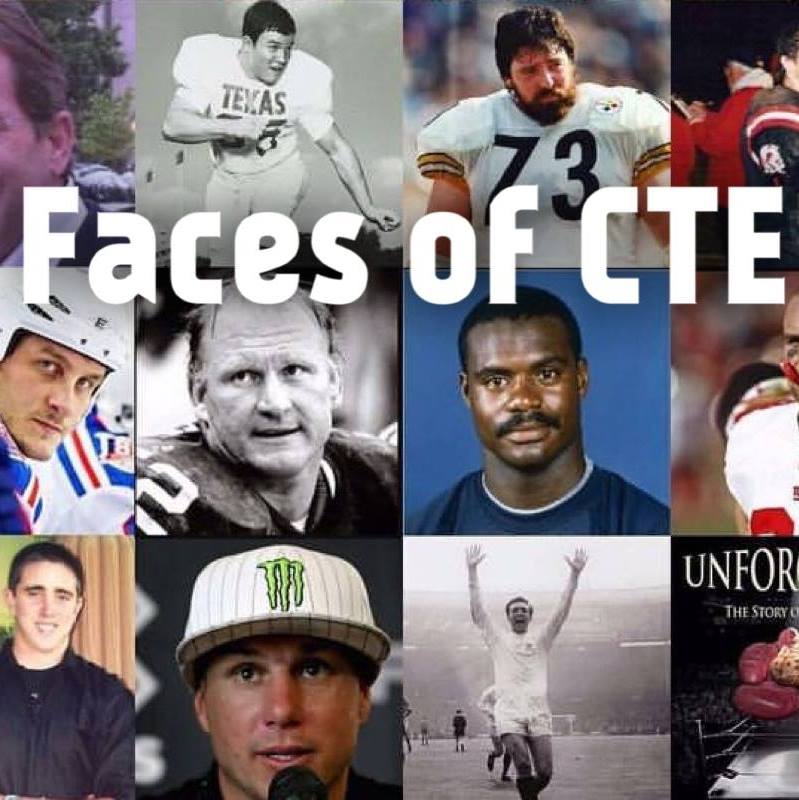 Editor’s Note: The first CTE Awareness Day was in three years ago in 2017. A few days ago, January 30, 2020 marked another #CTEAwarenessDay.  We are marking that occasion by re-sharing this post today.

We gathered on Sunday night in a hotel room at the St. Regents Hotel in Houston. The families of men and boys who had played football, got CTE, and lost their lives.

Chronic Traumatic Encephalopathy (CTE) is a progressive degenerative disease of the brain found in athletes with a history of repetitive brain trauma, including sub-concussive hits to the head. It is different in nature and pathology than concussions, and is marked by memory loss, impulse control problems, aggression, depression, and dementia.

Some of those gathered were families of former NFL players. Mary Seau, the sister of Hall of Famer, Junior Seau, who committed suicide in 2013, and who was found to have CTE. Cyndy Feasel, the wife of former NFL lineman and long-snapper Grant Feasel, who died at the age of 52, after battling the degenerative brain disease.

These families found each other through shared tragedy.

Some were meeting for the first time. Everyone got a hug.

The stories they shared were hauntingly similar. Bright kids, gifted, hard-working athletes who descended – mysteriously – into lives marked by depression, anger, dementia, memory loss, and – for many – suicide. All were diagnosed with CTE, after their brains were studied posthumously.

We are here now because the NFL’s crowned jewel, The Super Bowl, is being hosted this city at the end of the week.

As it was once famously said, the NFL is such a big and powerful institution that it owns a day of the week, one that used to be owned by the Church. In fact, that might be an understatement. The NFL is a multi-billion dollar industry that attracts fans with a religious-like devotion.

It is also the playground of the alpha male, a breeding ground for toughness and the type of rough hewn manliness that has long been so highly valued by our culture for men. Indeed, this fortress of money and traditional masculinity is well guarded, as is the pipeline that begins with youth football.

Despite the growing exposure of the serious and life threatening dangers of this collision sport to athletes who play the sport at all levels, NFL football is bigger, more popular, and more lucrative than ever. The League owes this to values of traditional masculinity that drive it, with a big assist from gambling and fantasy football.

The Super Bowl is the culmination of the season and a world wide showcase for the sport. Every year, this week is dedicated to unparalleled media excess and hype for “The Big Game.” There is no bigger event on television.

But that’s not why these families are here.

They are here to tell the other stories. The dark ones that people would rather not hear or talk about.

See, the big problem is that game is killing people. And the culprit in many cases is CTE.

Over the past years, the list of the dead has continued to grow. Among them are Mike Webster, Andre Waters, Terry Long, Justin Strzelczyk, Dave Duerson, Junior Seau, Ken Stabler, Frank Gifford, Tyler Sash, and Kevin Turner.

In addition, brain injuries from playing the game are leading to diseases like CTE that are destroying the quality of life of men in their 30s and 40s and 50s. Depression. Dementia. Men like former Chicago Bears Super Bowl winning QB, Jim McMahon, and countless others.

In 2014, in connection with its ongoing lawsuit, the NFL estimated that 1 in 3 players would be affected with brain trauma. That is a staggering number.

And the problem is not “just” an NFL problem of men who understand the risk being paid millions of dollars to accept this risk. The risks of CTE are only now being fully understood among players.

Bo Jackson stated a few weeks ago that if he knew then about CTE and the risks to his brain, he would have never played football. Former Green Bay Packers running back, Dorsey Levens, agreed. LeBron James has said that he would never let his own kids play football. San Francisco 49ers LB, Chris Borland, left the game, retiring after two seasons. It wasn’t worth it to him to risk his brain. As Borland would later say, “The NFL isn’t in the health business; they’re in the violence business.”

A bigger and scarier problem than pro football is youth football and high school football. That impacts millions of kids. We are only now just starting to study those brains. If the results of those brains studied so far is any indication, more incidences of CTE will be found in kids brains, kids who may have only played football in Pop Warner or through High School. Kids like Paul Bright and Tyler Cornell.

So today – during this week leading up to the NFL’s Big Game – these families will have a press conference announcing the first CTE Awareness Day. 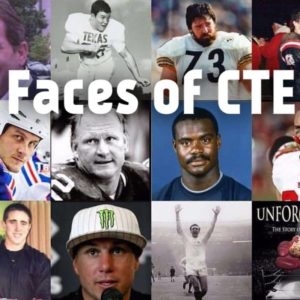 Here in Houston, the families of these dead boys and men will stand together to tell their stories. As part of this effort they are also announcing the launch of the website, Faces of CTE.

We should say their names. And we should look at their faces. We should know and learn from their stories.

They are saying: look at this problem, pay attention, and change.

Their voice is growing louder and – tragically – will soon be backed with more stories more evidence. They will not stop.

We ignore them at the peril of our sons, friends, husbands, and families.

Photo Credit: The Faces of CTE

NOW WHAT? HOW CAN I GET INVOLVED?

Our Disposability of Men Social Interest Group has been meeting to examine these cultural issues and to work for social change.

We have been following and leading in the reporting on these issues in NFL and youth football for years. The issues of concussions, CTE, and violence in sports are also part of a larger set of social questions in our culture about masculinity and the disposability of men.

FacebookTweetPinEmailShares601
wpDiscuz
0
0
Would love your thoughts, please comment.x
()
x
| Reply
Share this ArticleLike this article? Email it to a friend!
Email sent!