When is the problem going to be addressed?

Broke Back Journey is one great example, using both art and technology to create a community around men’s back health.

A quarter of a football game per alleged sexual assault is a woefully short suspension. And this shouldn’t just be looked at as an issue “for female fans.”

What we can learn from MLB’s latest blow-up about racism.

“How do you get people to focus on *this* work and *these* stories with the same passion they focus their energy in being fans on the field?”

Mike Kasdan is back at it again, talking stories and storytelling. Along for the ride are Amanda Gorman, Neil Gaiman, Kurt Vonnegut, Yuval Harari, Leslie Marmon-Silko, and Kyle from South Park. 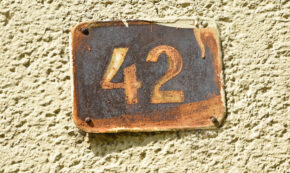 On this Jackie Robinson Day, we share some of his most inspiring words; on baseball, on civil rights and on breaking the color barrier . . .

Can you imagine a male actor doing that bit on stage? I can’t.

Breaking news indicate that six state Attorneys General have “grave concerns” about reports of workplace harassment of women and people of color and have warned the League they may launch an investigation.

Mike Kasdan’s deconstruction of Bill Maher’s “Toxic Masculinity” set reveals that – like so many – he’s stuck in an unnecessarily binary view of masculinity. And he’s making it worse. That’s not particularly funny.

GMP Sports brings you our exclusive conversation with James Christopher (AKA, the man behind the Let’s Get Two Podcast)