Get Daily Email
Join/Login CLOSE
Home / Ethics & Values / What Was The Most Profound Change In 75 Years? A Son Asks His Father. 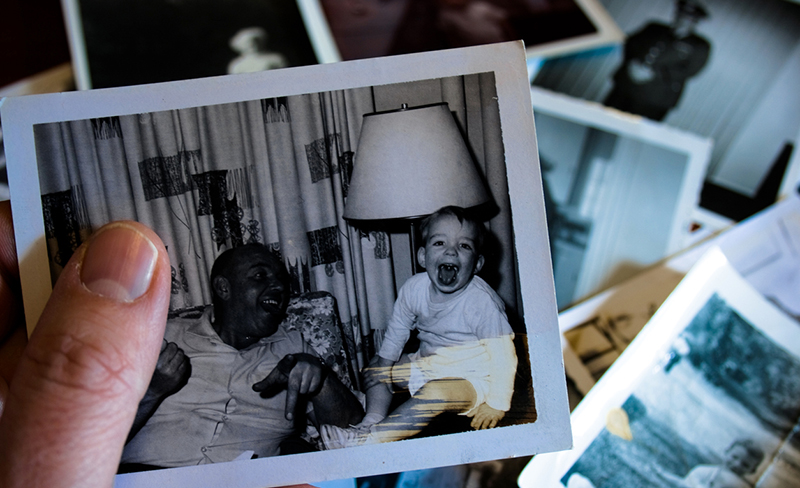 Ken Goldstein and his father discuss all the changes of the past 75 years to get at the one that mattered most.

Note: This post first ran on September 30, 2012. We republish it often, because it still holds true.

We just celebrated my father’s 75th birthday. At dinner I asked him to note the most profound change he had seen in his lifetime, technology or otherwise.  I found his answer surprising, but not really.

Before the punchline, a little background and perspective.  Surely you can do the math in your head, but to be 75 now you had to be born after the full resolution of World War I, but before the full onset of World War II.  The United States was at peace, but not yet a Super Power.  There were no televisions in homes; radio dominated news and entertainment, respectively starring Edward R. Murrow and The Lone Ranger. The suburbs as we know them had not really come into being, largely because our highway system was nascent. Automobiles were becoming common, but with gasoline prices crossing a dime a gallon, middle class families got by with a single vehicle that was mostly for work commuting. Flushing toilets were common in cities, but once you got out of cities, you could easily find yourself at a country home with a detached outhouse. The stock market crash was still pretty fresh in people’s minds, and the Great Depression was not over.

What followed in the ensuing three-quarters of a century was nothing short of astonishing. Adolf Hitler, a single individual of unimaginably maniacal influence, brought forth the Holocaust and World War II, ultimately defeated by an alliance that championed freedom and democracy as global standards.  We saw the invention of nuclear power and its expression in the form of a deployed atomic bomb, the first true weapon of mass destruction.  We saw the birth of Israel, the end of the British Empire, the birth of Social Security, and the end of the Great Depression.

In the United States we then experienced immense growth in our economy, reputation, and standard of living.  The Interstate Highway system connected our nation in all directions for easy travel and access.  Affordable single family homes in the suburbs became realities with the growth of tracts, sometimes referred to asLevittowns after their New York model in Nassau County.  Radio gave way to black and white television, initially dominated by local programming (a good deal of it arena wrestling), soon after dominated by coast to coast live network broadcasts, eventually in color.  Commercial air flight became real, first short hop prop planes with very cold cabins, then pressurized jetliners flying coast to coast in a quarter of a day (with decent free food even in coach).  McDonald’s offered the same hamburger at about the same price in almost every state, going to college became accessible to the middle class, and entry-level business jobs for big emerging brand factories like P&G, Kraft, and Pillsbury were plentiful.  There was Elvis, The Beatles, stereo cabinets for record collections, and revolving credit accessed via imprinted plastic cards to help pay for it all.

We fought a war with fighter jets over Korea and with Napalm in Vietnam. We stockpiled ICBMs in an arms race with the Soviet Union — they beat us into manned space flight, we beat them into orbit and to the moon. We saw personal computers take over our desks — first at work, then at home — and typewriters carted off to recycling.  We got cell phones initially the size of briefcases, then the size of candy bars.  We got 100 channels of cable TV, then 1000 channels of satellite TV.  We got the Internet.  We saw the dotcom bubble burst, then we got iPods, iPhones, and iPads. ATMs and debit cards have almost replaced cash, we don’t really need stock brokers or travel agents anymore, and talking about organ transplants is only tempered by available donors.  Wal-Mart, Home Depot, and Amazon sell us pretty much everything we need at real-time comparable prices, and we can travel to Russia or China without any real restrictions.

And yet none of that was Dad’s response to what had changed most. We talked about all of it, late into the night, sometimes with a chuckle, sometimes with misty confusion about the timeline.  It was baffling how much he had seen, how vividly he could remember the primitive then, how normal the world around him with all its developments seemed now.

Yet with all that in mind, here’s what Dad thought had most changed — people’s acceptance of others.

When Dad was a child, it just seemed so normal that most people stayed among people most like themselves. Ethnic groups lived in ethnic neighborhoods.  People of the same color lived together, occasionally interacted in the workplace, but seldom mixed freely in bars or restaurants. Social and cultural diversity were occasional topics of intelligent discussion, but in everyday life for most people were in terribly short supply. Interracial and interreligious marriage was a very big deal, no matter where you lived – it happened, but it was not the norm.  When Dad traveled to and from Florida in the days before Rosa Parks, there really were separate drinking fountains, separate lunch counters, separate universities.  Jackie Robinson signed his minor league contract in 1945 and walked on the field with the Brooklyn Dodgers in 1947. Separate but Equal was not ruled out by law until 1954.  That was change that really started the times a’ changing.

In 1960 John F. Kennedy became the first Catholic President of the United States.  Cesar Chavez co-founded what would become the UFW with Dolores Huerta in 1962.  In 1964 the first Asian American woman, Patsy Mink, was elected to Congress.  In 1965 the reverent Sandy Koufax declined the honor of pitching in the first game of the World Series because it coincided with the most sacred of Jewish holidays, Yom Kippur. Jump forward to 2008 and the American people elected Barack Obama as President, on whose watch we quickly sent “don’t ask don’t tell” to the scrap heap of divisiveness.  None of these milestones went unacknowledged, but with each the comfort level of individuals to be among those of different backgrounds became increasingly more common, increasingly more a cultural norm.

I don’t think anyone today can call our work done, but look around and you will see a heck of a work in progress. Our friends, our families, our colleagues, we are not uniform. We have seen a parade of civil rights, religious rights, gender rights, human rights. We are a blended society not because we are forced to be, but because it is wonderful and enjoyable and natural to do so. To study and embrace that which is different from our own backgrounds is to celebrate diversity as a shared value that can never be taken for granted, but increasingly warrants less special attention as it becomes more is than isn’t– less lacking, more present. That’s what Dad sees as most different from the days when it was not so, and hopefully what children today will never think twice about as they move through their next 75 years.

That’s good change, with a lot to do still ahead, but a world that looks different and Thinks Different because it is the very reflection of progress. We mix, we share our heritage, we worry less how we are different, we worry more about our common bonds in humanity.

That was a birthday dinner worth remembering, a real lesson in progress for us younger folks, a message forever.

Thanks, Dad.  Once again, Happy 75th. You remembered well. You shared even better.

Buy Ken Goldstein’s newest book “From Nothing” from Amazon today.

You will forever be grateful that you had that conversation and documented it in a blog post.

I loved reading it.

For my money (I’m 67,) it’s the globalization brought on by Nixon dropping the average tariff from about 14% to 3%. This is a disaster for America because it turns our country into the “headquarters commandant” for the world rich — in other words, rich finance type and mostly service workers, many of them at very low pay. We need to only import stuff we’re not able to make ourselves. Globalization is a way to outrun unions and labor laws. UNion membership has gone from nearly 50% to about 12%.

This started to happen in about 1973.

Are we (the current generation) really less closed-minded than our ancestors, or are we just closed-minded about different thing?

Im afraid you might be right. One thing I’ve noticed over te last ten years is that people are more and more convinced that while their own views are complex and nuanced, those of their opponents are simple (“they hate our freedoms!” ” they hate _____ people!”)

Thanks for this inspiring and hopeful piece Ken.

Thanks, Tom, I love sharing with the Good Men Project community. Your team is top notch! FacebookTweetPinEmailShares21k
wpDiscuz
9
0
Would love your thoughts, please comment.x
()
x
| Reply
Share this ArticleLike this article? Email it to a friend!
Email sent!