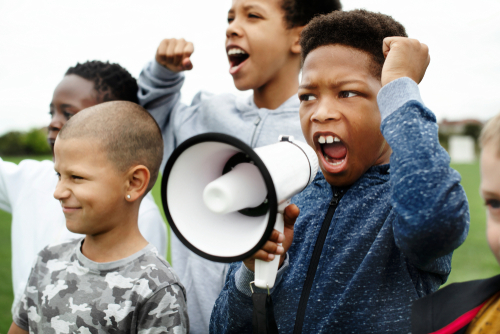 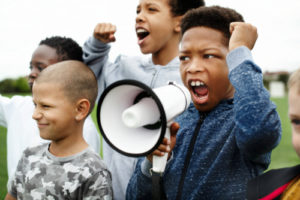 Your outrage is well founded. All your lives you’ve known gun violence as a norm. It was not a norm when we were in school. It should not be a norm.

This is your Vietnam. It is a corrupt war hijacked for purposefully obscured reasons. It is your war to end.

Vietnam was a war abroad challenged at home. This war is solely on our land. The names of schools suffering premeditated surprise attacks of destruction ring out like the battles of any prior global conflict:

Add to these battle monikers the neighborhood mass shootings near your campuses:

These don’t even include the lessor acts of weekly gun violence that no longer seem to warrant national news coverage. The assaults are frequent and terrorizing, yet somehow they have become numbing. With these numbers and the vast unpredictability of some 300 million guns in American civilian hands, no public space can be declared protected, fortified, or safe. Not schools. Not churches. Not theaters or clubs. Not government office buildings.

How is this not a war?

Eliminate assault weapons from the American civilian landscape and you will have changed our nation for the generations to come.

You have risen with spontaneity, passion, and authenticity to oppose injustice. You can no longer tolerate the breach of trust perpetuated on the places you come in order to learn, share, trade ideas, grow, and ready yourselves for the future.

Your immediate impact and opportunity have not gone unnoticed. Here is what one writer, Emily Witt, wrote about you in The New Yorker:

By Sunday, only four days after the school shooting at Marjory Stoneman Douglas High School, in Parkland, Florida, the activist movement that emerged in its aftermath had a name (Never Again), a policy goal (stricter background checks for gun buyers), and a plan for a nationwide protest (a March for Our Lives, scheduled for March 24th). It also had a panel of luminary teens who were reminding America that the shooting was not a freak accident or a natural disaster but the result of actual human decisions.

You are moving quickly. You can’t stop. We are counting on you to create outcomes the adults of this nation have been unable to create. You are not conflicted. Your agenda is pure. Stay focused on demanding the safety and security of outcomes that make sense, and you can make this happen. You are our best hope.

We didn’t have social media in our youth. You have mastered it and know how to use it to bring change. Even in our most agitated state, we largely maintained a sense of awe and respect around Congress and the Presidency. Your trust in them has been so violated that you are not bound by the conventions of artificial deference. We may have opened the doors to opposing the restraints of conformity, but you can walk through them. Your fear of violating your own beliefs is greater than your fear of retribution from those in power who need to fall.

Do it peacefully but relentlessly. Fight with words and ideas, rallies and activism. Stand your ground in civil disobedience until there is no fight left.

We failed. You should not.

Do what no one has been able to do for a generation: Defeat the NRA.

Knock Wayne LaPierre off his arrogant perch and discredit him as the gun lobby huckster he chose to become, not an American patriot fighting for constitutional rights.

You know this is about money, about preserving the profit in selling weapons that no other modern nation exploits. You see the reality. Expose the falsehoods.

You are right to call out the hollow shell of condolences spouted by the talking heads in empty sound bites. You are wise to know the head fake of leadership paralysis, the helplessness of those elected through bad money who are beholden not to their duty to protect our friends and families but to the special interests who rent their authority.

Thoughts and prayers in absence of action aren’t even background noise.

In a few years you will have the vote. You will no longer be teenagers and will have the same voting rights as every adult in America. You can use those votes in blocks to eliminate every cynical politician who has sold us out. Between now and then, it’s all about exposing them and pressuring them to do what is right or step down.

Organize, gather, and demand what is right, once and for all. Yes, it will take decades to clear the land of guns in the hands of people who shouldn’t have them. The sooner we begin, the fewer the decades.

You are on the side of moral right.

Assault weapons have got to go.

Background checks must be mandated.

You can make this pointless bloodshed end.

We are counting on you.

Humbly in your debt,

The grown-ups who so terribly let you down
—

Buy Ken Goldstein’s newest book “From Nothing” from Amazon today.

FacebookTweetPinEmailShares13k
wpDiscuz
0
0
Would love your thoughts, please comment.x
()
x
| Reply
Share this ArticleLike this article? Email it to a friend!
Email sent!