Rolf Gates tells the story of his sister’s death and daughter’s birth, and how they helped him become a better man.

The next morning her husband woke me. He was frantic. He dragged me to their room, where I found Wendy, dead. She was thirty-one years old. She had committed suicide, with the same determination and decisiveness that she had done everything else in her life. Moments later I was on the steps of their porch, listening to the sirens of the ambulance that was arriving too late. In rapid succession I was being questioned by police, then bringing the news to our parents, and then getting ready to go to a funeral.

My parents adopted Wendy from an orphanage ill with tuberculosis and complications from that ailment. My parents loved her immediately and nursed her back to health. My older brother came some time later, also from Korea, and I was adopted in 1966 after spending the first two years of my life in an orphanage in Albany, New York. My first memory is of the night I was adopted. My new family and I were in a hotel room, and I became tremendously ill from the chocolate the nuns at the orphanage had given me as a gift. I woke up several times in the middle of the night to throw up more violently than I ever have since. After one of these episodes I lay down in my bed and realized someone was sleeping next to me. It was Wendy.

As a young woman, Wendy was smart, very funny, and almost always kind. She did not have the physical courage of an athlete; she had the moral courage of a leader. It was her fate to be a small Asian girl in a small white world. She was required to move through childhood and adolescence as a subhuman. To her family she was everything; to the rest of the world she was nothing. She bore this burden with unimpeachable courage and integrity. My love for Wendy was a blend of reverence, hero worship, and delight. She knew all of my failings and loved me fiercely nonetheless. I could screw up a thousand times and she would be there the next day expecting me to do my best. There was never a moment when I did not want to impress her.

At the funeral home, I stole a moment to be alone by Wendy’s open casket. I did not know what I wanted from her. I touched her hand, refusing to accept what it meant that her hand was cold. I knelt to tell her how much I loved her, but anger overtook me, and instead I told her, “I will not die this way.”

Twelve years after Wendy’s death I saw my daughter’s head, then her face, and then her hands, and finally and miraculously her whole body emerge from her mother’s womb and into the world.

Her name is Jasmine. She was born in May 2003. By then her daddy had become a success story. I was a yoga teacher and businessman and devoted all my time to both. I had emerged from my sister’s death extremely focused. I was determined to stay sober and to use my remaining days in the service of the God of my understanding. Everything else was just a means to that end.

In the years before my daughter was born, people sometimes would say I had a big ego, that I was intimidating, that I did not listen, or that I was arrogant. But I did not care. I was teaching yoga to a hundred people a day, and each week the teachers I supervised taught three thousand. This was part of my mission, and the mission was all that mattered.

A few days after Jasmine was born, my wife asked if I could hold the baby while she took a shower. I was dumbfounded: Why should I be implicated if my wife decided to take a shower? If I had a motto at that time it would have been the advice a father of five once gave me: “If you want to get anything done, leave early and leave alone”—emphasis on alone. The next few months were very bad between my wife and me; everything was a problem. The next couple of years were pretty bad; most things were a problem.

I clung to the way I spent my time, to my freedom to choose how my day unfolded, to my alone time with my wife, walks with my dogs, nights of unbroken sleep. I clung to the person who I thought I was. The Buddha said that to resist what is, burns like fire. In the midst of my success story I burned like fire. My wife and I went to couples counseling and talked a lot about my failings, but I continued to cling to my ideas of how I thought things should be.

Jasmine was not fazed by any of this. She came into this world to have a great time, and she set about that goal with a passion. She was talking and walking at eleven months and spent her days exploring and learning. Each night before bed, she and her mom would look at pictures of all the people in her life and she would name them all. Then they would sing a lullaby that listed all of the people who loved her. In a card she made for Jasmine at the end of kindergarten, her teacher wrote, “I will never forget the joy and enthusiasm you bring to everything in your life.”

When we expose darkness to the light it becomes light. I had a choice: the darkness of holding on to the old ways or the light of the family my wife and Jasmine were offering me. My old ideas continued to make sense to me, until a friend told me about a nine-day retreat he had just completed at a meditation center in Massachusetts. He spoke enthusiastically about the experience, and a couple of months later I went on my first meditation retreat. That was a few years ago, and since then I have been like a snake shedding its skin.

On my first couple of retreats I was aflutter, bouncing between self-recrimination and self-justification. But sitting quietly, doing nothing, I began to settle down. I developed the ability to concentrate, to soften, to be still, to listen, to feel, to be curious, to learn, to understand. I eventually made peace with myself, and once I could accept myself, everything else became workable. I could start where I was. I was an orphan who grew up in a family of orphans, who now needed to learn to be a part of a family.

On these retreats I would spend nine or ten days silently learning to have a relationship with myself. I would come home and discover that I could use those same skills to build my relationship with my family. My family is constantly growing and changing. It does not ask for my permission to do so; it just does, and then it looks over its shoulder to see if I am coming along. The skill I have learned in stillness and in silence is to be a friend to myself. Within the space of my own kindness I can let go of my clinging and try new ways of being.

The death of my sister was a shattering experience. When I collected my broken parts I recast myself in steel. The person who was born from that death was unyielding. In my grief it felt good to be implacable. But Jasmine has taught me the value of suppleness. I have found that the ends may indeed justify the means, but our experience, what we live, is the means. My family is the means. My life is the means. The end is just death.

“A Death and a Birth” is an excerpt from The Good Men Project: Real Stories from the Front Lines of Manhood. Buy the book here.

Rolf Gates is the author of Meditations from the Mat: Daily Reflections on the Path of Yoga. He conducts Vinyasa intensives and teacher trainings throughout the United States and abroad. A former U.S. Army Airborne Ranger, emergency medical technician, and addictions counselor, Gates has an eclectic background that informs his practice and his teachings. Gates was born in Manhattan and grew up in the Boston area as a marathon runner, long-distance cyclist, and champion wrestler. Gates now lives in Santa Cruz, California, with his wife, Mariam, and their two children.

Thanks for giving your ideas with this blog. Also, a fairy tale regarding the banking institutions intentions any time talking about property foreclosure is that the traditional bank will not take my installments. There is a specific amount of time that the bank will need payments from time to time. If you are far too deep in the hole, they are going to commonly call that you pay the particular payment completely. However, i am not saying that they will not take any sort of installments at all. Should you and the traditional bank can find a way to work… Read more » 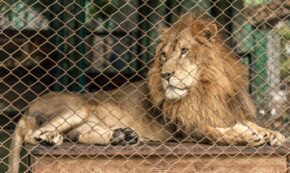