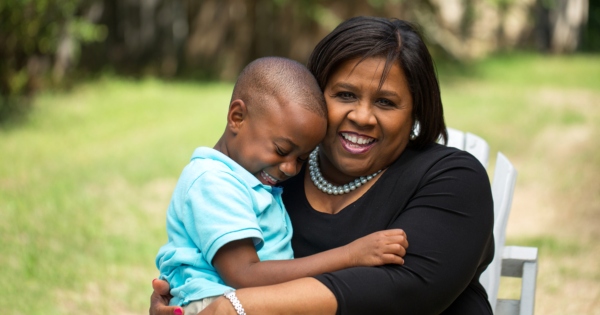 During my youthful exuberance’s coupled with my self-proclaimed “genius”, I would often find myself questioning Grand Ma Grace’s quips as being totally non-sensical. My youthful “wisdom” supported these assertions as I struggled to understand her comments: “you are going to have to pull your own little red wagon,” “you are going to have to grease that pig again,” “hush up all of that chin music.” “I guess those dishes are going to wash themselves,” a hard head makes a soft behind,” “every tub has to sit on its own bottom,” “don’t let your mouth over load your behind,” don’t have me to come in there,” I brought you in this world I’ll take you out,” “I got something for you when I get home,” “you better sit down before I knock you down,” “dry up those tears before I give you something to cry for.”

These are just a few of my grandmother’s coined and borrowed phrases. I, of course, thought that I had the world by the tail because I felt that there was no way any of this made any sense and there was no way the things that she would say would manifest themselves, therefore I figured that I had nothing to worry about.

As I reminisce and give a fitting and much deserved, loving tribute to Grand Ma Grace; I see her wings flapping and forming images of radiant, smiles on the surfaces of the clouds with each angelic swoop as she genteelly, parades up and down those golden corridors of the Heavens, proudly wearing that incessant, infectious, smile waving at Gabriel and her old friends, as she graciously introduces herself to her new ones.

I feel her warmth, her happiness and her approval as she rest comfortably knowing that “Grandson”, as she affectionately referred to me, has grown into his wisdom, that Grandson has learned that it was he who was in the dark not Grand Ma Grace. He embraces her love as he fully understands that her warnings were words of love and concern, that she wanted to eliminate as much turmoil in his life as she possibly could by instilling within his soul that third eye, that third eye that is required to know and to understand himself and others as he encounters the wiles of this world.

Grand Ma Grace is an icon; her unparalleled love is indelibly, entrenched in my heart, mind and soul, she, like each of us, were saddled with her own flaws, however; she never wavered in her quest to give those around her the very best that she had to offer.

Lars is a certified Violence Prevention/Intervention Specialist, receiving his certification and training through the prestigious Harvard University, with Dr. Renee Prothro-Stith.

He is a licensed/ordained Elder/Minister in both the C.O.G.I.C. & C.M.E. Churches. He is the CEO/founder of Brighter Futures Inc; a Family Wellness, Violence Prevention/Intervention and Academic Enhancement and entertainment Company; an affiliate representative for the NFL ALLPRODADS Initiative. Former interim; Executive Director of Urban League of Greater Muskegon, Former NAACP President of Muskegon County; 2007-2012, employed as a consultant to the Michigan Department of Education as a Compliance Monitor for the (NCLB Highly Qualified) initiative for Highly Qualified Teachers and works collaboratively with Hall of Famer Jim Brown and his Amer-I-Can Program and is a ten-time published author of various books, and self-help and academic articles. He is married to Ann Lars and is the father of one adult son, Ernest.

Facebook7Tweet5PinEmailShares12
wpDiscuz
Share this ArticleLike this article? Email it to a friend!
Email sent!