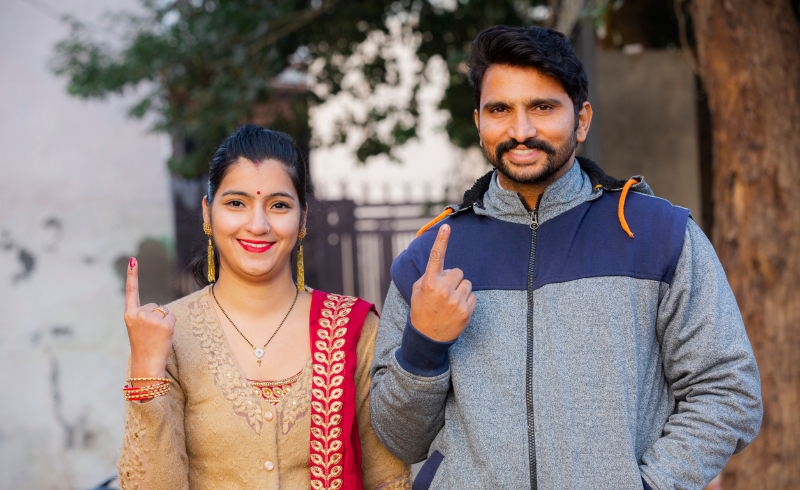 How hard can it be to choose monogamy and stick to it (all puns intended). Steven Lake shares seven reasons why he chooses to remain a one-woman-man.

First, some background on my life in relationships over the past 40 years. When I was younger, my ideal was to have a harem. One woman for every night of the month.

Unfortunately, or fortunately, I was not born into a religion that accepted this state of affairs, I could not have afforded it even if I had been born into such a religion, and being young and naive, I could not have imagined all the problems that would have arisen in such a household. Thirty women and one man – what was I thinking. I would have been ground into dust.

Yes, it was a fantasy and over the years I have lowered that number down. From thirty to twenty to ten . . . and now the harem is gone, replaced with fantasies of making love with a beautiful young woman – occasionally. Is this the result of lowering testosterone levels or something else?

Well, as much as I might have fantasized in the past, I never took my fantasies seriously. Even when I was footloose and fancy free with multiple lovers, whenever I was in a relationship, I was a one-woman-man. Why?

I think there are a number of factors at play here. They include, how I was brought up. My mother and father are still married after 62 years. I don’t know if they ever had an affair, but the message that they lived out was to hang in there when life got tough.

Another was the culture in which I was embedded. Pretty standard stuff back then in North America, Christian, even though we were not avid church goers, with the belief that once married it was, “till death do you part.”

When I started dating I was pretty serious and assumed that if we loved each other we would stay together, become engaged and then get married. Oh, how little I knew of the world and relationships.

I was a serial monogamist except when not in a committed relationship. Looking back I wish I had spent more time being single, not so much to have had more fun, but to have lived on my own for longer and learned more about myself outside of being in a relationship.

When in a serious relationship, both my partner and I agreed to be monogamous. I have been cheated on – sucks. I could not believe how much pain I felt in my body when discovering what happened. Going through that kind of trauma is not just emotional pain, but physical as well.

The only time I “cheated” in a relationship was at the end of a three year disaster when my girlfriend was to start studying in another city across the country. Before she left, she looked me in the eye and said, “Have fun.”

I did. When I picked her up at the airport on her return, the first thing she asked was if I, “had fun.” I promised myself I would never tell her BUT, when she asked, I looked her in the eye and said, “Yes.”

I won’t go into that story, but will let you imagine how it went – badly. It did get me out of the relationship which is what I desperately wanted but was unable to do so without a cataclysmic event.

That brings me up to my current marriage (common law) of almost seventeen years. I have not cheated and as far as I know she hasn’t either. It seems clear that we will live out our lives together.

We work on the relationship and it has gotten better with each passing year. I feel lucky to have such an amazing partner and proud of what we have survived and how, as a couple, we have thrived.

Now that you have some background, here are the:

7 Reasons Why I Choose Monogamy.

If you want drama, have an affair. For the life of me, I don’t know why people don’t break up before the affair. Saves so much pain and sorrow.

Yes, breaking up is hard to do, but when an affair happens, life can get seriously crazy. I have seen kids kidnapped, visitation rights ignored, cars destroyed, and people assaulted. Most of this could have been avoided if there had been no affair.

(Actually, I do know a number of reasons people have an affair and don’t tell their partner. We will leave that for another article. Please send me your reasons)

Yup, having sex with only your partner pretty much eliminates the possibility of getting a sexually transmitted disease (STD). You would be surprised how many people don’t practice safe sex.

Stress is brutal on your physical and mental health. Keeping secrets is crazy-making for both you and your partner. The offending party takes a hit on their self-esteem and the offended often sense something is wrong, but is met with denials when they question their partner, which makes the offended party doubt reality (a.k.a.: crazy-making). When you have enough stress your body takes a hit. Not so much fun.

4. Staying monogamous is an incentive to keep your sexual life alive.

It may not be a guarantee, as you could just let the sexual aspect of your relationship fade away, but if your libido is intact, there will be an urgency to find a solution.

My partner and I have had to deal with huge stressors because of illness, finances, career change, moving, and personal change. These experiences affected our sexual relationship and we had to evolve to stay involved.

The good news is that we are closer emotionally and sexually today than we have ever been. This is due in part because we have focused on our relationship without the distraction of an affair.

I don’t like sharing either, my wife that is. Call me old-fashioned but I just don’t like the idea of my wife making-out with another person. It only seems fair that if I want my wife to be faithful, I should do the same.

In today’s world much of what we do is on public display. I am highly engaged with my clients, friends, and business associates. Social media is a medium that keeps me connected personally and promotes my businesses.

My sexual relationship with my wife is something special that only we share. It is not just the act of sex. We have had relationships and sex with other people before we met.

Yet, the people we are today, our shared history, and the unique combination of our personalities is unprecedented. Much like fingerprints, there is no other relationship like ours. Not now, not ever.

Kinda cool when you think about it.

I respect myself enough to keep to my ideals and commitment. I respect her enough to value her commitment, her word, her dream, her vision and her faithfulness.

I do myself and my partner a disservice when I break my oath. An oath I made to myself, her, and when married, to the community.

Yes we are human and make mistakes. Sometimes they are not mistakes but deliberate actions to get us out of situations that we believe we cannot leave without an incident, such as an affair.

These things happen all the time. I see it in my practice every day and it grieves me to hear and see all the pain that happens when people don’t communicate how they are feeling about life, the relationship, and about themselves.

And that is why I choose monogamy.

Hey Steven, would you consider a swinger couple as monogamous? You mentioned you where in an “open relationship” at one point and it didn’t work out… In sphere of non-monogamy, there are many labels. There is dishonest non-monogamy (cheating and siuch). If you were in an open relationship what did it look like and why didn’t it work? Where you a polyamorist? Where you swingers? Did you go to sex clubs once every two years? Not that I’m doubting monogamy, but why didn’t it work for you? Most of your reasons involve the words affair and commitment, which only reflects… Read more »

Monogamy has been my belief since I first started dating. What is the point of having more than one wife? It gets too messy and difficult to focus on what true love means

I can’t imagine cheating on my husband. He’s been my only guy and 9 and half yrs and three children later we are still going. I just can’t imagine being intimate with anyone else. He’s my best friend too which helps. I do still get pangs of jealousy knowing he’s been with other women before me, but I have to learn it was before me. And that he wishes I was his only one too.

Thanks Steven for such an inspiring and deeply personal article. I agree with all of your 7 reasons for remaining faithful. I choose “monogamy” because i understand what it means to have self-respect, integrity, compassion and love for my partner. I’ve been the betrayed spouse, and believe me, the pain, chaos and confusion after the discovery of an affair is “unfathomable”. I am thankful that I survived the hellish darkness and built a glorious new life.

MsJAy: Good for you for surviving and creating a better life. Thanks for sharing your experience – as “hellish” as it was.

Nicely written Steve…. Also thanks for sharing your background, including the extent to which you have experimented. It seems to me that in this fast paced world with too many choices and everyone suffering from FOMO that really listening, connecting and going deeper/ not broader in relationships is new/ revisited frontier….

Thanks Lee for the comments. Yeah, I’ve been around the block a few times and at 45 finally found someone who was willing to walk the same path. Being in a relationship is the biggest challenge I have ever encountered , and I wouldn’t have it any other way.

FacebookTweetPinEmailShare1k
wpDiscuz
7
0
Would love your thoughts, please comment.x
()
x
| Reply
Share this ArticleLike this article? Email it to a friend!
Email sent!