A romantic fantasy filmed without dialogue, “Lucky Chicken” is a quirky modern-day fairy tale about a butcher, baker and candlestick maker, set on a charming London block. A down-on-his-luck baker can’t seem to catch a break — his store is empty, and the candlestick maker he’s in love with doesn’t seem to know he’s even there. But then his fortunes begin to reverse when he encounters a magic chicken, who can lay fantastical eggs that change his life. Starring actor Will Merrick, who appeared on cult British show “Skins,” the film has a distinctively bright, whimsical look, thanks to cinematographer Oliver Clubb, making it a pleasure to watch. Told without dialogue, the story — based on an award-winning script from Matthew Stallworthy — moves nimbly, with the help from expressive performances and a spritely, elegant score. By the time it reaches its charming ending, “Lucky Chicken” will have enchanted viewers with its blend of wit and whimsy.

ABOUT OMELETO Omeleto is the home of award-winning short films. We showcase Sundance winners, Oscar noms and critically-acclaimed filmmakers from every genre. Subscribe for more: http://sub2.omele.to A baker comes across a magic chicken. But the butcher steals it. | Lucky Chicken http://youtu.be/urYwqhvPw7o http://omeleto.com/243346/ 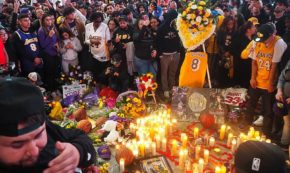