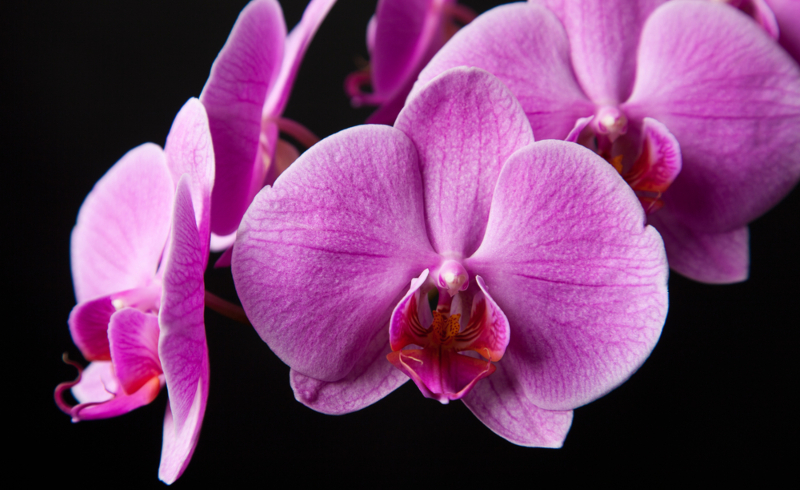 Orchids are among the planet’s most beloved plants, celebrated for their flamboyant beauty. Their aesthetic appeal aside, orchids also serve vital roles in horticulture and the pharmaceutical industry.

Yet for all that, as much as a third of the estimated 29,000 orchid species around the planet could be facing imminent threats from habitat loss as wetlands, grasslands and forests are being converted into agricultural land. Illegal harvesting is also taking a toll on rare orchids.

The reason is that many threatened orchid species remain unlisted by the International Union for Conservation of Nature (IUCN) in its Red List of Threatened Species, the world’s prominent database on vulnerable, threatened and endangered species of flora and fauna. Assessing the status of a rare species at risk of extinction often takes time and plenty of resources to locate, identify and document that species.

That is where a new method of automated assessment devised by biodiversity researchers from several institutions in Germany can help by speeding up the process of rigorous assessment required for inclusion in the Red List, which currently lists around 1,400 of the planet’s orchid species under various categories.

The international team led by researchers from the German Centre for Integrative Biodiversity Research, Leipzig University, and the Helmholtz Centre for Environmental Research has come up with an automated assessment approach that relies on machine-learning algorithms, or deep learning.

“Deep neural networks are widely used in other fields such as image recognition, but they can also help with conservation assessments,” explains Alexander Zizka, one of the scientists. “With our method, we can incorporate additional aspects such as climate, geographic region or traits related to the respective species — and we can do this very fast.”

The researchers managed to assess the status of nearly a half of known orchid species, or 14,000 in all, regarding their various risk of extinction in the first large-scale assessment of the conservation status of orchids. Of those, more than 4,300 are possibly threatened with extinction at an accuracy rate of 84.3%, according to the researchers.

In addition, the scientists identified areas where conservation efforts are most urgently needed, which include Madagascar, East Africa, Southeast Asia, and several oceanic islands.

“Ideally, all orchid species would have IUCN Red List assessments. This way, the ones most urgently in need of conservation efforts most urgently are identified, which is the critical first step in conservation,” says Pati Vitt, an expert on orchids at Northwestern University in Evanston in the United States.

A sense of urgency about the classification of all the world’s orchids according to their conservation status is warranted as two-thirds of plant species worldwide are threatened with extinction, according to the latest State of the World’s Plants and Fungi 2020 report by the Royal Botanic Gardens Kew in the United Kingdom.

“Deforestation rates have soared as we have cleared land to feed ever-more people, global emissions are disrupting the climate system, new pathogens threaten our crops and our health, illegal trade has eradicated entire plant populations, and non-native species are outcompeting local floras,” the report warns.