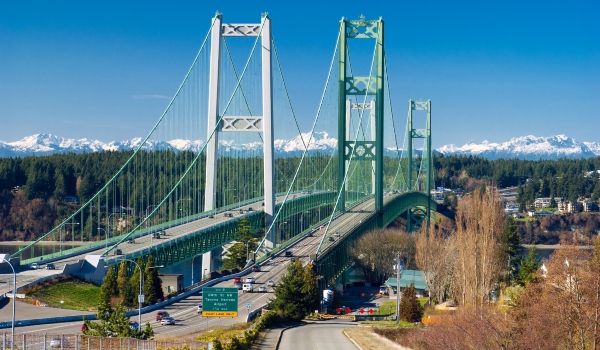 America’s power supply could one day falter just when customers need it most. New research suggests that although global warming will lower demand in some places in winter, in high summer on the hottest days the demand for air conditioning could at times be so great that the electricity supply grid would not cope.

Even if climate change is only moderate by the end of the century, there will be an average daily increase in demand of 2.8%, and daily peak demand could rise by up to 7%. But if humans go on burning ever more fossil fuels, filling the atmosphere with greenhouse gases and raising global average temperatures, then by 2100 peak demand could spike by as much as 18%. And the number of days in which demand was extreme would jump by 395%.

And to cope with this demand, US scientists say in their study in the Proceedings of the National Academy of Sciences journal, the authorities will probably have to spend at least $70bn and up to $180bn in improvements to the supply system.

Rise in air conditioning
“Climate change researchers know that when we look out over the next 100 years, things will get warmer and, on a per-person basis, use of air conditioning will rise. The question we asked was: ‘On the hottest day of the year, when people are maxing out on that, can the grid handle it?’ We build the grid for the hottest hour of the year,” says Catherine Hausman of the University of Michigan at Ann Arbor in the US.

“This means that climate change adaption is going to be more expensive than we thought. And so mitigation efforts become more valuable – more worthwhile – because they can prevent these costs. Our findings should inform the cost-benefit calculations of climate change policy.”

“We’re not trying to say this is the future scenario. We’re
saying: ‘If the future climate were here now, what would
need to happen to the grid to adapt to that warmer world?’”

Conventional urban air-conditioning systems present a paradox: they burn energy and generate heat to keep buildings cool. And there is no doubt that they will be needed. Researchers have repeatedly warned that some regions could become intolerably hot by the century’s end. Other studies have predicted ever greater demand for air conditioning, which will in turn accelerate global warming.

The scientists examined data from 166 US authorities whose role it is to balance electricity supply and demand. They then matched the response to temperature for both total daily demand and daily peak load, and played with 20 climate models to allow for a range of scenarios.

Lessons from the US
The research is limited to only one nation, but since the power-hungry US represented one-fifth of the planet’s electricity market in 2012 – consuming more than all of Europe combined – and since it is the world’s biggest producer and consumer, second only to China, the study holds lessons for the rest of the world.

Studies such as these are precautionary: they are designed to forewarn civic authorities and utility companies that must plan for the decades ahead. Greater investment in air and wind power cannot deliver all the answers, because skies may be cloudy or the air still when demand surges to a peak. And energy researchers still haven’t found and perfected any cheap, easy way to store electric current for emergency use on a large scale. The Michigan study is a warning rather than a forecast, as it takes no account of potential technological change that might make air conditioning more efficient.

“We’re not trying to say this is the future scenario,” Dr Hausman says. “We’re saying: ‘If the future climate were here now, what would need to happen to the grid to adapt to that warmer world?’” – Climate News Network