Get Daily Email
Join/Login CLOSE
Home / Featured Content / Am I Too Old To Love Again? 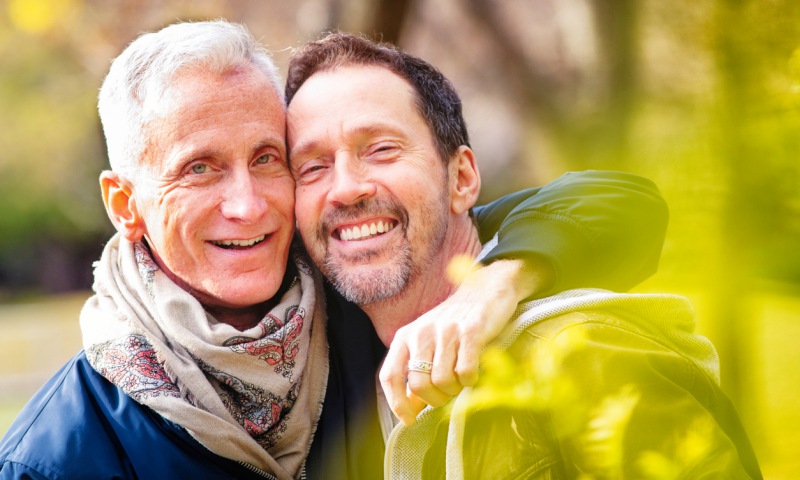 Years ago, we had friends with a young son. He always called me, “Loren and Doug.” He didn’t see know me as anything except as a part of a couple. 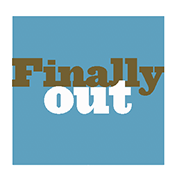 My husband and I have been together now for thirty-three years, so perhaps I don’t see myself as anything but “Loren and Doug,” too. I don’t believe in that overly romantic ideal that two lives become one. But if and when I’m alone again, who will complete my sentences for me? Who will spoil my jokes by telling the punch line when it takes me too long to get there?

As I’ve gotten older, more and more of my friends have been stuck in that situation. As we get old, we realize that inevitably one partner will be left alone.

Men who’ve been widowed or who have left a heterosexual marriage after coming out as gay have difficulty starting over. The social world they enjoyed was based on being “Loren and Doug.”

Being a couple was woven into the fabric of their social lives and now is shredded. Gay or straight, they sit at home eating dinner alone, staring at the chair where their former lover used to sit. Or they reach out in bed at night to touch a partner who’s no longer there.

Much of the straight world is surprised to learn that gay couples have been together thirty, forty, or fifty years. It hasn’t been so long ago that it shocked gay couples, too, and those relationships that survived for long periods were revered. Now it seems somewhat routine.

Through the years, I’ve visited and corresponded with many men left alone for various reasons. Here’s one of those emails, used with permission:

I receive questions like this quite often. Some come from men who recently left heterosexual marriages after coming out, but also from men who’ve been widowed after long-term, loving relationships with a spouse.

I assured this correspondent that in addition to everything else he offers, he brings with him the capacity to make a commitment to one person. Those things make him a hot commodity for others who are looking for someone like him.

The surviving partner must first go through a period of grief, and grief doesn’t have an expiration date. It tends to be more agonizing and drawn out if unresolved conflicts complicate the loss.

I describe grief as being like waves on a beach. You get hit by a big one, followed by the rollers, only to be followed unexpectedly by another breaking wave.

Over time, the waves have less amplitude and power. Then a birthday, a holiday, or a photograph will suddenly leave the survivor awash in grief. Eventually, you learn to bob with the waves.

The point of discussing grief as a part of finding new love is that this work must be completed before one has the emotional strength to invest in a new relationship. Those who seek a partner before this work is completed are vulnerable to choosing someone — almost anyone — to fill the void left by the departed lover.

While still in the undertow of grief, people need to develop supportive friends and not focus on finding a partner.

Loneliness is a killer and can be hazardous to our health. It can cause everything from heart problems to dental problems and is more deadly than cigarette smoking or excessive drinking.

And unfortunately, loneliness removes the motivation to take the one action that would lead to its passing: connecting with people.

The keys to fighting loneliness are:

In the past, gay bars were often welcoming centers for the gay community. That is where people went to meet others and to socialize, but older men often felt on the outside. Gay bars aren’t what they once were. Fewer of them exist as dating apps on cell phones displaced them.

Des Moines, Iowa, where I live, has many other organizations: a breakfast club, a gay men’s chorus, gay bowling, country and western line dancing, and others. Try something out. If it doesn’t fit, try something else.

Dine-outs and dinner parties are good ways to engage, but often they are oriented to couples. One concept I love is “Nine to Dine.” The idea is that by having an odd number of people for dinner, singles are not only welcome but essential.

We’ve never been so connected with each other through cell phones and social media, and yet we have an epidemic of loneliness. Electronics seem to exacerbate the problem rather than solve it.

Entering the world of dating can be tough. It is much the same as it was when we were teenagers and thinking of asking someone to prom.

It is always painful to put ourselves in a position where we might be rejected.

Although young people use dating apps more than older people, the numbers are growing for older people too. Online dating has lost much of its stigma, and a majority of Americans now say online dating is an excellent way to meet people.

Online dating is especially suited to people for whom there may be a small pool of potential partners.

A recent report by Pew Research says that LGBTQ daters generally report positive experiences with online dating, even more so than straight daters. Twice as many LGBTQ daters than straight people use online apps, and almost three times as many LGBTQ met their partners online. LGLBT daters are more likely than their straight counterparts to experience harassment from name-calling to physical threats.

Some of the dating sites work better than others. One man in his early fifties who is just coming out of heterosexual marriage has used online dating apps very successfully. I asked him about his experience, and here is his response:

For dating (i.e., not just hooking up), I really like OKCupid. It requires more work upfront, with lots of questions to answer and pictures to post. But, it is well worth the effort. It allows me for an extra fee to allow only those I choose to see me.

Having said that, gay friends in less populated areas (mainly rural areas) of the country tell me there aren’t enough gay guys nearby to justify its use. In those areas, they may have no choice but to use Grindr (which is geared more towards hookups) or Tinder (mainly for straight but also for gay).

Tips for writing an online profile

Creating a strong profile that captures the attention of the kinds of persons you’re looking for is key to success with dating apps. Here are some ideas:

Dating is different than it was thirty years ago for a variety of reasons.

Chris Rock on his Netflix comedy special speaks about dating again after his divorce. He riffs on how quickly his dates are willing to move into a sexual relationship. Not everyone wants or expects that.

Many married men who have sex with men have profiles on dating apps. The majority of them are looking for casual sexual encounters without any emotional connection to their sexual partner. It’s their method of rationalizing these casual encounters as not being a betrayal of their spouses. One married man said, “It’s just pleasure; it’s not sex.”

A midday coffee date is often the best way to meet for the first time. It puts some natural boundaries around time. If you enjoy each other, you can negotiate the second date. If not, you haven’t risked much.

Are you too old?

Former Pennsylvania Senator Harris Wofford at ninety years old married his forty-year-old lover, whom he had been together with for fifteen years. Senator Wofford spent nearly half a century married to his wife, Clare, who died when they were both almost seventy.

Although this is somewhat extreme, I have heard stories like this over and over. In every case, the man who’d been left alone had to take the first steps.

The bottom line in all of this is, “You don’t get the butt you want if you don’t get off the butt you have.” It means taking some action. It involves taking risks and making yourself vulnerable.