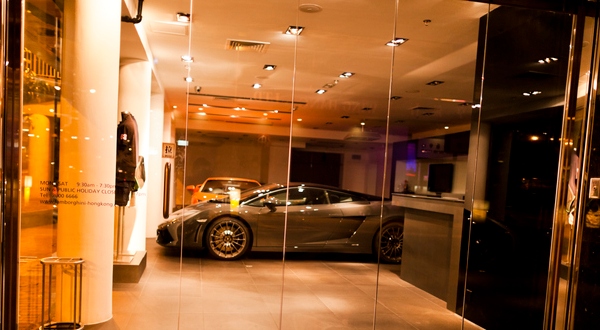 —
Rising levels of inequality has become a key political issue in recent years; “the defining issue of our time,” as Barack Obama described it back in 2013. It was at the heart of the Occupy movement protests, and has received a huge amount of attention in the media and in policy circles. But much of this discussion has focussed on what’s been happening in rich countries, in particular upon trends seen in the US. We tend to hear less about inequality in the rest of the world.

How has income inequality within countries been changing around the world more generally?

We rely on estimates from two online databases: PovcalNet, run by the World Bank, and the Chartbook of Economic Inequality, which I published together with Tony Atkinson, Salvatore Morelli, and Max Roser.2 This gave us a sample of 83 countries, covering around 85% of the world’s population (download the data here).

The chart below compares levels of inequality today with those one generation ago. If you’ve not seen this sort of chart before, it may take a moment to understand what’s going on. How high a country is in the chart shows you the level of inequality in 2015. How far to the right shows you the level of inequality in 1990.3 In addition, a 45 degree line is plotted. Countries below this line saw a fall in the Gini index between the two dates; countries above saw an increase.

Four observations on inequality across the globe

So what does the chart tell us about inequality within countries across the world?

The Gini index is just one of the many ways we can measure inequality, each with their own pros and cons. You can read more about this in the ‘Further notes’ section below, as well as in our entry on Income Inequality.

Nevertheless, it is clear from the chart we cannot make generalisations about inequality across the globe based on what we see in rich countries. Nor should we limit ourselves to thinking inequality must either be going up or going down, full stop. Posing the question in such a polarised way precludes a meaningful answer. Whether inequality is rising or falling depends on where, when and what aspect of inequality we have in mind.

But this is very important to know in itself. It shows us that rising inequality is not just an inevitable outcome of global economic forces, completely beyond our control. National institutions, politics and policy play a key role in shaping how these forces impact incomes across the distribution. Being attentive to the differences between countries is an important step in knowing what can be done to reduce inequality.

In the chart above, we’ve used used the Gini index, as estimated from household survey data, as our measure of inequality. In this section we address a number of downsides to this approach.

Our main reason for using the Gini index was the wide range of countries for which it is available. However, in order to have this coverage, we had to put together estimates relating to a very heterogenous mix of survey methodologies and concepts. In particular, surveys of both household income and consumption are included. Incomes are, in general, distributed more unequally than is consumption expenditure and thus the Gini estimates are not entirely comparable. For instance, Latin American and Caribbean countries (which generally use income surveys) may appear more unequal in relation to Sub-Saharan African countries (which generally use consumption surveys) than they really are.6

There is also a variety of income concepts in operation, as well as other inconsistencies. The estimates for advanced economies taken from the Chartbook of Economic Inequality mostly relate to disposable household income, equivalised to account for household composition. The income concept in the estimates from Povcal is unknown, but most likely varies considerably across countries. Moreover, the figures in Povcal relate to per capita household income, without adjusting for household composition. This most likely overstates inequality relative to estimates based on equivalised income.

To mitigate these comparability issues somewhat – at least in terms of trends over time – only countries where estimates based on the same broad welfare basis (income or consumption) around both reference years were included. The source of the estimates was also kept constant over both years.

However, irrespective of these comparability issues there are a number of more general concerns about measuring inequality using the Gini index based upon household survey data. One major issue is that the incomes of the very richest are often missing or under reported in household surveys, thereby understating the degree of inequality. The online database WID.world provides data based on an alternative approach that considers the share of pre-tax income received by the top 1 or top 10%. The approach more reliably captures top incomes by incorporating tax data and national accounts aggregates.

For some countries, the trends over the last 25 years look less benign when we consider top income shares, which focus on movements at the top of the distribution, without taking into account the redistribution effected by governments through taxes and transfers. The most notable instance of this is Russia. The Gini index, based on consumption expenditure, shows a fall of around 10 percentage points between 1990 and 2015. At the same time, the share of income received by the top 1 % more than doubled, from 7 to 20 percent.

Only 22 of the 83 countries in the chart also have top income share estimates around both reference years, preventing a full comparison. But of the three countries that showed a fall in the Gini index of more than two percentage points, and were also available in the WID.world data, two (Russia and Malaysia) showed a rising top 1% income share over the same period.7

More generally though, it is important to realise that there are many ways of measuring inequality and that trends can look very different depending on which approach one takes. Hoy (2015), using very similar data and approach to that used here, shows that absolute inequality within countries went up on average in every world region over a similar period.8 But it would be unhelpful to think in terms of one approach giving the ‘true’ answer and another being misleading. From what empirical evidence is available, both relative and absolute inequality matter to people.9 Having multiple perspectives on inequality is crucial if we are to capture people’s varied intuitions about what inequality consists of.

—
This post was previously published on www.ourworldindata.org and is republished here under a Creative Commons license CC BY-ND 4.0.
—
—

About Our World UNU

The Our World web magazine shares expert views, research and commentary on contemporary affairs of relevance to the mandate of the United Nations. This award-winning web magazine, brought to you by the United Nations University (UNU), exchanges these insights through video briefs, articles, debates, photo essays and public events.