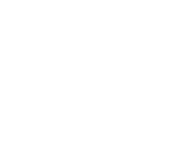 “Steven’s” family had grown accustomed to his frequent bouts of anger, but it was getting to be too much to bear. As a retired professional mixed martial arts fighter, he was no stranger to concussions, and anger was only one of a laundry list of symptoms he’d learned to manage. However, it wasn’t until his quantitative electroencephalogram (qEEG) results came back that we were able to connect his anger to his frontal lobe and begin to help him heal.

History of Anger, Dynamite, and the Frontal Lobe

In 1848, Phineas Gage, a railroad foreman in Cavendish, Vermont, unwittingly became neuroscience’s most famous (or infamous) case study. Gage, 25, was using a tamping iron to pack explosive powder into a hole when the powder accidentally detonated. The tamping iron, nearly 4 feet long and weighing over 13 pounds, shot up through Gage’s left cheek and out the top of his skull. He miraculously survived yet began to develop severe personality changes including severe anger, extreme impulsivity, inability to complete tasks, and “the grossest profanity.”

Studies since have linked regions of the frontal lobes to changes in social-emotional behavior. Left frontal lobe injury has been linked with symptoms resembling depression (pseudo depression), and right frontal lobe injury has been associated with symptoms resembling psychopathy (pseudopsychopathic). Studies have also suggested that emotional symptoms are amplified when both lobes have been injured, including severe anger, violence, and suicide. So is it possible to have injuries to the frontal lobe, yet not have them show on MRI?

An important lesson all doctors, and TBI sufferers, have had to learn is that no single brain imaging technique will give the “whole picture.” Currently, most forms of brain imaging can be grouped into two categories, functional imaging and structural imaging, with structural imaging being the most covered by insurance. Why does this matter? Well, structural imaging techniques, like MRIs and CT scans are best used to detect certain brain issues like bleeding, tumors, and other injuries that leave a structural deformation in the tissue. However, functional imaging techniques like electroencephalograms (EEG), single-photon emission computed tomography (SPECT) scans, and functional MRIs, are best used to detect more subtle changes in brain health included electrical firing, blood perfusion, and metabolic activity. I often use the example of a broken laptop computer to make my point. I can take my MacBook to get repaired, and the young man at the Genius Bar can look at the structural components of my laptop and not notice any dents, cracks, or missing keys on my keyboard. But he would be limited in his ability to tell me what is wrong with my MacBook until he begins to do more functional tests to measure RAM, video processing, and temperature.

Imaging the Frontal Lobe with EEG and qEEG

Electroencephalography (EEG) has been used traditionally in sleep and seizure science. However, it is increasingly being used to measure the quality of normal brain functions like resilience, impulsivity, and emotional regulation. The Massachusetts Institute of Technology (MIT) is leading the way in EEG research, but others like Columbia University in New York are close behind. The qEEG advantage is it allows an individual’s brain to be compared to other individuals of the same age and sex, to measure how “normal” your brain waves are behaving. Both types of functional brain testing give tremendous insight, even when your MRI results come back “negative.” However, the million-dollar question most of my patients ask is:  “So, what can I do about it?”

The value of EEG and qEEG testing is in the ability to “train” the brain using real-time feedback, called neurofeedback. Brain electrical activity is monitored using EEG sensors resting on the head, which is then processed through computer software and fed through a video game. Individuals can “learn” to train their brain to change its own brain waves, thus improving many areas, including resilience, emotional regulation, and impulsivity. HeG training is another wonderful tool that uses infrared sensors to help stimulate blood flow to areas of the frontal lobe that have been injured from TBI. Studies have shown significant positive improvements, and yet the proof is in the pudding for TBI sufferers.

“Mark” trained for 16 weeks, after getting his first qEEG. His initial qEEG showed much lower brain function across his frontal lobes compared to other men his age, as well as many other signs of altered brain wave activity. He trained using neurofeedback as well as HeG feedback and was beginning to feel less impulsive and aggressive after about four weeks. His family began to notice the changes and soon his wife and daughter began their own training.  At the completion of 16 weeks of training he was measurably improved and his follow-up qEEG showed great improvement in his brain wave activity.

While measuring and training the electrical activity of the brain can be life-changing, it has its limitations and is not for everyone. Individuals with significant metabolic impairment or sensory sensitivity may not respond well to training until they undergo more healing. The training comes with a relatively hefty price tag, between $3000 and $10,000 for 16 weeks. And not all neurofeedback offices are created equal, which makes it hard to determine how effective your particular training may be. Finally, there are geographical limitations. The hurdles may be high for many TBI sufferers, but the results can often be worth it.

If anger and emotional regulation have been a challenge for you since your TBI, you may want to look for ways to test your frontal lobe function. EEG and qEEG may be great ways to do this at a fraction of the price of more expensive functional tests like SPECT scans. The added value is that if your case fits the criteria for neurofeedback, you may be able to train your brain to heal these injured areas, and possibly help improve your mental health.

This post was previously published on The Brain Health Magazine.

About The Brain Health Magazine

The Brain Health Magazine is a resource for living your best life after brain injury.

Created by survivors for survivors, we strive to offer you a variety of practical resources and alternative therapies to help you in your recovery, as well as in your life. This magazine is for survivors, caregivers, and professionals alike!