Get Daily Email
Join/Login CLOSE
Home / Featured Content / Are Relationships Worth It? 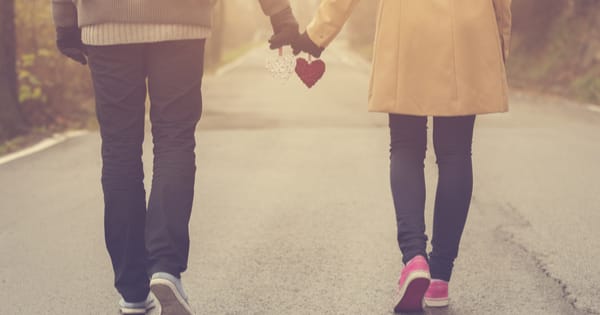 Are they worth it, you may be asking yourself? Especially in a world right now where there seems to be a three out of four chance that the relationship you’re in will end? Bill Burr most famously phrased it when he told us those were ridiculous odds and that we wouldn’t bet those odds on a horse, so why do we go right headfirst into one?

The world right now is caught up in an instant gratification dopamine hit loop. We expect things to be done now, and if we don’t receive it there and then we tend not to be happy. It’s had an insidious ivy-like growth into our mainstream way of life and stretched its tentacles into every nook of our way of life. We don’t need to get off our computer chairs if we don’t have to — we could fix it so that everything could be done for us through the art of technology. Have you ever seen Wall-e?

The Statistics speak for themselves

The stats speak for themselves. I was a child raised in a single-parent family. I remember going to school and feeling strange that I was the only one without a dad growing up. I remember the questions that used to get fired my way, “is your dad dead?” kids just didn’t understand back then the breakdown of the family unit. Yet now, as I send Alex to school he’s one of the odd ones out having both a mum and dad that are still together. My, how the times have changed.

I blame technology. I blame the addictive apps that are sold alongside the technology that we own that distances people from their loved ones. People are just so disengaged now and too addicted to the screens that the world just seems to float by them. Sometimes I feel like saying to some people; get off your phone and experience life! The less screen time; the happier you will be. You’ll also be able to spend more time focusing on building your connections.

But as a great person I know once said to me:

Technology is a tool. It depends what you do with it. A screwdriver is a tool too. You can stab someone with it, or you can build a house.

There are always two sides to the same coin. So, it’s not all doom and gloom. Relationships can work, they can flourish, and you can have an amazing one. Relationships, with the right person, can be totally worth it. But how to find the right person to spend your life with? That’s the difficult part.

Only with the right person

Many people don’t know this but the reason that we date several times before we reach the right match is that it’s a system of trial and error. Think of it like a business. You don’t just have an idea, build it and then boom, it’s an instant success, right?

Business owners will know that their first rough cut of their vision was more than likely a failure. It didn’t work out. So instead of giving up they looked at where they had failed and tried to revise it. It’s the same with relationships — only the really lucky ones get it right on the first try.

Relationships are like a start young, perfect it perhaps in your late 20’s type of thing. We tend to make our big mistakes early and as we get older and wiser we realise where we went wrong and make adjustments. Sometimes this idea can become lost in translation though as a lot of us get increasingly frustrated that it’s not good feels and lovey-doveys all the time and instantaneously like in the movies and in a world of instant-gratification. Buy it now, get it tomorrow. Relationships just don’t work like that.

But in my mind there’s someone for everyone, and with the right mindset, it can be an amazing experience.

I believe that there is no proper way to have a relationship — there is only the way that works out for the both of you. The terms and boundaries that you set out for yourselves at the beginning and throughout.

Some people have multiple partners whilst in a relationship and their significant other is fine with that. As long as it’s within the boundaries that the both of you continually set out for each other, then there’s nothing to worry about.

My wife likes to give me a good amount of my free time; some would say too much, but because we’re both introverts and we need to recharge lots, then this works for us.

It really doesn’t matter what the rules for other people’s relationships are. Just because it works for someone else it doesn’t necessarily mean that it will work for both of you. You aren’t Joe and Jane from Instagram, and you never will be, so stop trying to act like them. Be like yourself. You’ll always be yourself, no-one else.

This is why I say get to know someone first before immediately jumping into bed with them. Get to know their values, their morals, what they stand for and what they don’t. I say this because at some point you’re going to stop having sex with each other every waking second, and as the time moves on you’ll find that you’ll have increasingly longer periods of time where there are just both of you having to sit there and talk to each other. Make sure you actually like them for what they stand for.

Discuss their hopes, their dreams, their fears, their journey’s — you know? Get to know them on a deeper level so that you know they are right for you. Eventually, if you meet the right match, you’ll never wonder again.

People tend to get too involved too quickly. I say this because phones and computers have enabled us to be in touch with our partners at every point of the day, whereas beforehand we had to trust that our partner was going where they said they were, and then we wouldn’t hear from them until afterwards.

You get a dopamine hit from seeing your partner, and then constantly throughout the day as you text and talk to each other over the computer. Start slowly, get a hobby, invest a bit in yourself.

Are relationships worth it if you get them right? Definitely. But build on yourself too.

I have no doubt I’ll be with my wife until the day one of us dies. We do everything together; she’s my closest confidant and my best friend. I’ve seen her at her worst, and at her best too. There’s nothing better than knowing I have the safety of my wife and that she has my back whatever mess I get myself into — I expect the same is for her too.

Relationship done right, and the way it suits you, is the best thing you could hope to achieve out of life in my opinion. 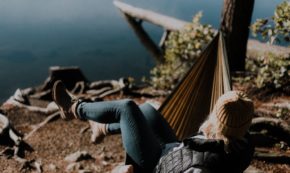 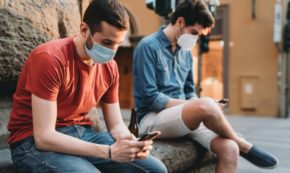 Facebook12Tweet3Pin1EmailShares16
wpDiscuz
0
0
Would love your thoughts, please comment.x
()
x
| Reply
Share this ArticleLike this article? Email it to a friend!
Email sent!