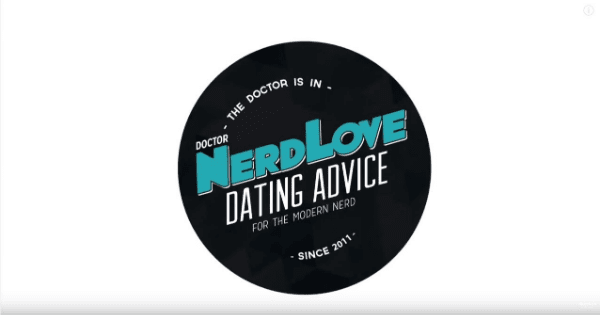 Was wondering if I could ask you a question on a potentially sensitive issue; to cut a long story short, I’ve recently been diagnosed with Complex PTSD after experiencing a very troubled and traumatic childhood. Whilst I’ve made a lot of improvements over the last few years thanks to getting professional help and challenging myself to become a better man, the one thing I’ve struggled with the most is with dating. Now there’s a whole lot of reasons for that which I’m working through in therapy, but given that you deal a lot with people writing in for dating advice and as someone who also has experience with mental health issues, I’m interested to hear your views on when it’s appropriate to disclose to a potential partner about mental health issues.

From a personal view, I feel conflicted about when is the best time; not that there may ever really be a ‘best’ time for this discussion in the first place. On one hand, I would like to let somebody know as early as possible so that they are able to make a decision about whether they feel comfortable being in a relationship with someone that needs a lot of support, as well as avoiding the possibility that somebody begins to feel emotionally attached but then feels hurt when they learn that I may not feel emotionally ready to do all the things they want me to do with them. At the same time however, I’m aware that my willingness to be immediately open about having C-PTSD may be interpreted by potential dates as a warning sign that I am not ready to take responsibility for my own well-being and looking for a partner to depend all my happiness on, a sign that I have attachment issues (which in all honesty I have the wonderful combination of being avoidantly attached at first with people, then anxiously attached when I trust them, but is something I’m actively working on and I feel that any relationship will be difficult if I don’t admit that and talk through my fears stemming from never having a secure attachment with anyone) or that it’s a red flag for someone who will use his past misfortunes as a manipulative tactic to try and keep a woman in an unhappy relationship. I’m also mindful that whilst I want to protect others as much as possible, I also need to protect myself and declaring something as personal as having a diagnosis may encourage the advances of abusive people.

So what do you think dude? Should I be waiting for a certain level of emotional intimacy before telling someone? Get it out of the way by making light of my situation and writing an amusing anecdote about it on my dating profiles? Make first dates painfully awkward by introducing myself with “Hi my name is Sandy Ravage and I have C-PTSD. On a scale of 1 – 10, how does this affect my chances of getting in your pants”?

The question of when to disclose… well, anything, when it comes to dating can be a contentious one. Lots of arguments have been had, amongst the advice-giving industry and elsewhere, about timelines and disclosure. This gets especially heated whenever the topic involves an issue with serious social stigma attached to it. There are a lot of sides to the question – on the one hand, our potential dates and partners deserve the right to make an informed decision about whether they want to date somebody. On the other hand, some issues with significant stigma to them – which could range anywhere from physical to mental health to relationship status – can cause people to see the label and not the person. Putting disclosure off for a couple of dates means that people are more likely to get to know one another as individuals instead of whatever stereotype they have in their heads.

But on the third hand (because this issue was exposed to radioactive waste as a child), finding out later on about potential deal-breaking information could be seen as a violation of trust, especially if they’ve started to invest, emotionally.

So needless to say, there aren’t any easy answers to be had off hand.

Now my personal philosophy is that you should time your disclosure based around how quickly this will become an issue. If the issue involves, say, having herpes or HIV, then it’s information that should be disclosed well before sex, and possibly before even sloppy make-outs. Doing it after the two of you have started to get physical – even if the pants haven’t come off yet – could freak people out. If the issue is one surrounding, say, an open relationship, then I think you have more leeway, especially depending on the nature of the relationship you’re pursuing with the other person. A casual fling makes it somewhat less immediately relevant than if you’re with someone who’s looking for someone to settle down with.

In terms of your mental health? Well… that’s going to be tricky, and much of it will depend on how your CPTSD manifests. If this is something that’s going to affect your relationship with them – whether it’s your attachment pattern, the way you respond to stress or potential emotional triggers – then it’s better to disclose earlier than later. Now, if you’re dating casually and there’s no expectation of things going beyond “we hang out on occasion and have a good time”, then I feel you can put it off. But if this is a relationship with a potential for serious commitment, then it’s better to let them know… especially if you need to be careful about how quickly you get attached to someone.

Regardless: this should be part of the Defining The Relationship talk, if you haven’t disclosed it before then.

But here’s what you shouldn’t do: you shouldn’t roll this out as something shameful or a deep dark secret that you hoped you would never have to share. The fact that you have CPTSD doesn’t mean that you’re a bad person, weak or a poor relationship choice; it means that you’ve survived some sh*t. You have been through the fires of hell and you’ve got the ashes to prove it. Yeah, you have scars; anyone who’s been through what you’ve experienced would. But the fact that you recognize this, that you are actively getting treatment and working with a therapist and have a solid handle on where you are with your emotional health? Those are all positives. Those are signs that you are someone with their sh*t together, who isn’t expecting somebody else to do all the emotional heavy lifting for them. You may have your issues – and hell, so does everyone – but you have actively engaged yours and are doing the work to make things better.

That’s a mark in your favor, as far as I’m concerned.

It may also help to hear from others who’d been there before. Ellen Fornay has an excellent memoir called Marbles about living with a mood disorder, including how she eventually told her partner. Reading her story might give you insight into your own.

So when the time comes, be ready for the Awkward Conversation. Sit down, explain why this is potentially awkward and how you’re concerned they will react. Then explain things clearly and calmly: here’s what happened, here’s why you have your diagnosis, here’s how you’ve been working on it and how you have it under control. Then, give them space. Let them know they can ask questions or share their concerns. And from there, the ball’s in their court.

Maybe they’ll be ok with it. Maybe they’ll decide they need to bail. Either way: their response will tell you everything you need to know. Think of this like your superpower or the Hogwarts Sorting Hat, SR. If they’re not right for you, their response to your telling them will let you know right away.

There will almost certainly be people who will take this as a deal breaker. That may suck, but it’s fine; they’ve shown that they were the wrong people for you and you’re well rid of them. Anyone who’s right for you is going to see this, not as a deal breaker, but as part of what makes you uniquely you.

You’ve got this, SR.

All will be well.

Previously published here and reprinted with permission from the author.