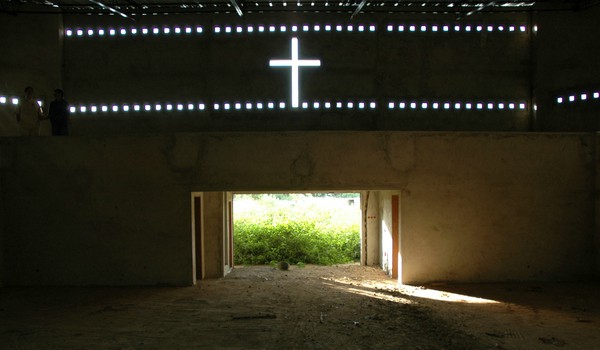 —
Of late I’ve seen complaints on social media about the lack of news coverage of Christians being slaughtered in places like Nigeria, Egypt and, most recently during Easter services (more accurately, as I understand it, Catholic Masses) in Sri Lanka.

In good Jewish fashion, I must ask these same people: How many people not of our party have we evangelicals stood up for? None, to my recollection. Maybe that’s why no one is standing up for us.

It seems to me that, based on what I hear from friends and and in Christian media, is that the only real persecution that takes place is against Christians. Which is not only silly but inaccurate.

A problem is that evangelicals generally reject a theology of social justice, which would lead to a comprehensive and common sense of human suffering. It would seem to me that if we were really concerned about things we would stand up against injustice no matter the perpetrators or victims. That might be the reason that we get no love from the rest of the world.

Some decades ago Pat Robertson mentioned on “The 700 Club” about Christians being killed by Muslim gangs in Sudan, if I remember correctly. But he didn’t give the entire story — because, according to another report, it turned out Christians weren’t the only ones dying; animists were as well.

Contrast this to when the synagogue a couple of miles from me was shot up in October a local Muslim leader said, in essence, “We will protect you if you need us” amid offers of other help; indeed, local Muslims raised $100,000 for the temple. A few weeks ago, when mosques in Christchurch, New Zealand, were attacked, Jews also stood up.

But to my knowledge, conservative evangelicals, locally as well as nationally, were silent on both issues (though my evangelical church did offer prayers before the October service).

It’s about more than money or notoriety, you see — it’s about standing up for and with others. I’ve long believed that if we Christians were really being persecuted for our faith we would be willing to identify with those also dealing with it. Trouble is, we almost never do.

Indeed, the one time we’ve seen sustained persecution against Christians in this country evangelicals ignored and even at times participated in that. I’m talking about the civil-rights movement, which came out of the African-American church — which means we’ve had Christians persecute other Christians. That came out of the divide in the church that has never been truly addressed, let alone healed.

Basically, it’s the “do unto others” principle that Jesus taught but many of us ignore. If we want people, including the media, to stand up for us, perhaps we ought to stand up for them as well.

This post was previously published on www.uncommonsensecommentary.blogspot.com and is republished here with permission from the author.