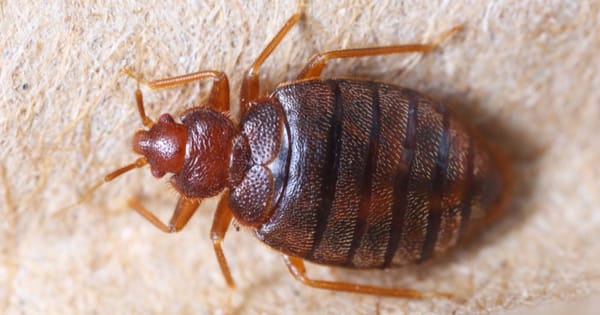 For the past two weeks, I’ve been fighting bedbugs, courtesy of my daughter’s now-ex-boyfriend. Hygiene and living conditions for adults on the spectrum are often less than ideal. But as soon as bedbugs migrated from Samantha’s boyfriend’s abode to our apartment—causing us extreme emotional, physical and financial upheaval—Samantha knew it was time to say goodbye. 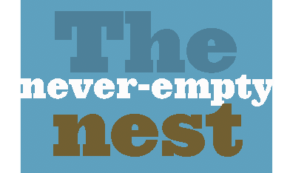 While some individuals with autism are oversensitive to loud noises, crowds and bright lights, symptoms vary from one person to the next. In spite of super-sensitive hearing, Samantha LOVES noisy, crowded restaurants and seeks out bright lights as an actress on stage and in film. Some people on the spectrum overreact to sensory input while some under-react; others experience a combination of both.

For example, my daughter has always been a mysterious mix: over-sensitive to tactile stimuli, such as hot water, ice, clothing labels, and people touching her hair. On the other hand, she is almost totally unaware of certain visual and olfactory stimuli—mismatched colors, dirty or wrinkled clothing, body odors and—up until recently—bugs. While Samantha showers daily, uses deodorant and launders her clothing every week, she has seemed willing to tolerate lack of grooming and cleanliness in others. Until now.

Every article of clothing that our family owns had to be dry-cleaned, laundered, or sealed inside industrial-sized plastic bags with rented white plastic bug-killer strips for two weeks. Samantha had to move into her twin brother’s old bedroom (now our den) while her childhood bedroom was stripped bare. My daughter’s bed, mattress, and box spring were the first items to go, followed by her entire collection of dolls and stuffed animals—her first and only friends—as a little girl. Every one of my daughter’s shoes, boots and sandals had to be sprayed and isolated in a plastic bag prison. We even had to go out and buy bug-free sneakers for Samantha—black velvet slides, which have become her new uniform. Whatever poisons the exterminators used to eliminate the hordes of mini-vampires (and hopefully their offspring waiting to hatch) required us to vacate the premises for four hours on two occasions. Most mornings we had to suffer through mission-almost–impossible: finding the right clothing for the up and down weather.

If I have to live through another morning of my husband or daughter asking me: “What should I wear?” Or worse, “Where’s my—?” I may just shoot myself.  Somehow, I must try to keep a sense of humor.  As I said to the Mattress Firm salesman, “my tsuris is your mazel.” (Yiddish for my misery is your good luck).

In a matter of minutes, the store on 85th Street completed a $903 sale for a new mattress, mattress cover, box spring, and frame, providing a quick, nearly effortless commission to my salesman.  Ditto for our cleaner who can probably afford a weekend holiday after we paid her a record $775 for dry-cleaning every sweater in our apartment.  Bed Bath & Beyond scored a big sale yesterday when I purchased a new down quilt, duvet cover, and bug proof pillow protectors, along with an extra bottle of alcohol (just in case….) I paid my housekeeper AND her friend $250 each to wash, clean and vacuum over-time; the superintendent and porters in my building collectively earned over $200 removing and disposing of Samantha’s carpeting and her bed, while lifting our king-sized mattress back onto a bug-free platform.

While I’m on the subject of good luck, I’m happy to report that the plentiful invasion of unwelcome insects remained in Samantha’s bedroom and did not breach the rest of our home.

Miraculously, my over-priced Miele vacuum cleaner—comatose from overuse—made a full recovery. The whole experience would have been exponentially worse if we’d had to move to a hotel; and although the bugs feasted on our daughter’s skin, Mom and Dad were spared.

In spite of her bites, loss of her childhood possessions, and broken relationship, Samantha somehow still emerged as a winner.  She has now moved back into a squeaky clean, partially redecorated adult bedroom.  Her twin bed has been replaced by a full-size bed, and her duvet cover will now be green, her favorite color. Plus, my daughter has finally learned to fold and put clothes away neatly after a few hours of practice, life skills which will serve her well when she moves into her own space (hopefully, in the not too distant future).  All in all, Samantha managed to stay flexible and be a very good sport under stressful circumstances—difficult for individuals on the spectrum, but vital for independent adult life.

Last—and perhaps most important—our daughter is now free to pursue her career, make new friends and seek new relationships.  But I hope she takes a breather from serious romantic involvement. I certainly need one!