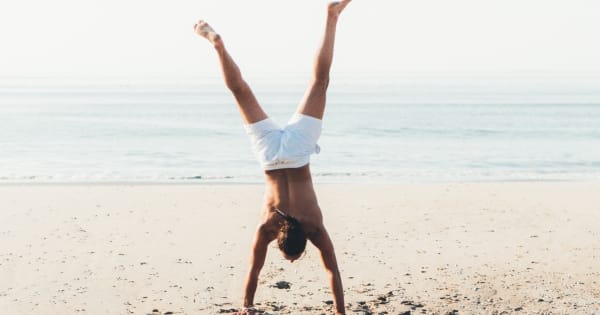 —
“You cannot live without establishing an equilibrium between the inner and outer.”

“I used to think of you that way, you know. Like the sun. My own personal sun. You balanced out the clouds nicely for me.”

“The clouds I can handle. But I can’t fight with an eclipse.”

“The idea that talent is directly proportional to your trophy cabinet is one I oppose.”

Ok. I have been extremely consistent over the years with regard to my belief that I think balance is the key to almost any successful endeavor – in life & in business.

Suffice it to say I am a big balance person. And, yet, the other day during a business discussion it occurred to me that I may not be using the right word or even have the concept correct.

I may actually be a ‘proportional’ advocate.

Sure. That may inevitably arrive at something we could call “a balanced response”, but to get to the so-called balance we need to think about proportions.

I imagine, in my head, this means we need to stop viewing things as a zero-sum balance, but rather as proportional to the situation in hand.

He also suggested that proportional involves something called “additive reasoning” which, to me, explained my misrepresentation of balance.

Balance suggests an either/or trade off — something like teetering on a balance beam.

I balanced my response but gained a proportional advantage.

There is even something called ‘the constant of proportionality’, but that becomes too complicated for my pea like brain so I will let you google it and see if you can explain it.

I imagine my real point is that most of us, most likely, are proportional thinkers and not balance thinkers.

More often than not we invariably assess things through assimilation and the synthesis of multiple things <numbers, ratios, tangible, intangible, and … yes … even missing information & components>. Our decisions are a messy mix of analyzing a series of unequal and equal things shaping them into the proper proportions to make a, well, proportional response. This can all make sense but it doesn’t really make it any easier for us. It’s not easier because balance is easier to assess and judge, balance is almost always associated with ‘fair’ while proportional often looks like something won & something lost and balance gets confused with linear zero-sum game decision making.

All that said. Here was the bigger epiphany to me on why we should explore the more difficult part of proportional thinking.

While balanced may seem like a simple improper term the truth is the more one focuses on balance the higher the likelihood I would actually end up doing the wrong things.

Huh? If you focus on balance you will inevitably try and force equality in all things. That may sound good, but it ain’t really reality. Simplistically it means you are focused on the wrong outcome & objective.

That last paragraph may actually showcase why most people focus on balance. In a simplistic measurement business world we are almost always demanded to show one-to-one or linear explanations.

This means to embrace being proportional means you will have to accept the burden of explaining the more difficult to explain, to showcase asymmetrical as actually being simple and dimensional can actually reflect symmetry. Nothing in what I just shared in that last paragraph is easy. Particularly in today’s business world.

“Divide the target in proportion to the available resources”
―

All I really know is that, whether I like it or not, I am actually a proportion person and not a balance person. It only took me over 25 years in business to figure that out .

Think about it. You may actually be a proportional person too. More importantly, maybe you should be.

“Whenever you take an action, decide by both your brain and heart in equal proportions. Balance them as far as possible.”
―

This post was previously published on Enlightened Conflict and is reprinted with the permission of the author.

After 20 years in advertising, I've heard stories from everyday people of all ages from all corners of the universe. How people think and what they do are the greatest stories one can ever tell. I speak as a pragmatic optimist with an eye toward business.