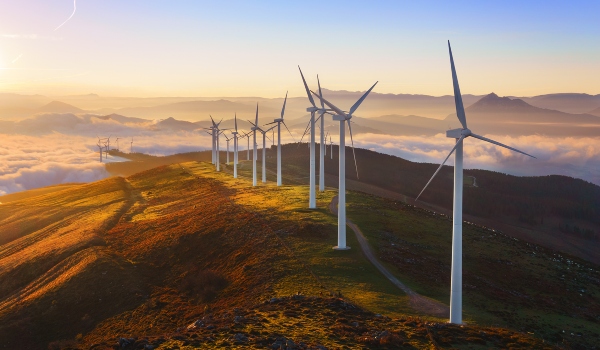 It is the holy grail of the renewable energy sector – a cheap and efficient battery system that can store energy generated by renewables such as wind and solar.

These days there are few who doubt the potential of renewables, except those diehards on the extreme of the fossil fuel industry.

According to the International Energy Agency (IEA), the main body monitoring developments in the global energy sector, renewables are surging ahead.

Investment in renewables
In 2015, investments in oil and gas – fossil fuels that, along with coal, are the main drivers of global warming – declined by 25%, while energy produced from renewables rose by 30%.

Renewables are becoming increasingly competitive with fossil fuels in many sectors: according to the IEA, in the five years to the end of 2015 the price of solar energy dropped by 80% and wind power by a third.

Fast-developing countries – China and India, in particular – are investing millions of dollars in the renewable sector.

The big problem with renewables development has been storage. In order to operate a commercially viable power plant, a reliable flow of fuel is needed. In the case of oil, coal or gas this is relatively straightforward as supplies can quickly be replenished.

“Because we were able to dissolve the electrolytes
in neutral water, this is a long-lasting
battery that you could put in your basement”

In the case of nuclear, as long as there is a readily available supply of uranium isotopes, power can continue to be generated.

Solar and wind power supply is far more varied – dependent on sunshine and wind speeds – and cannot be stored or used in the same way as so-called conventional fuels.

For years, scientists have struggled to develop storage systems capable of handling the peaks and troughs of renewable power so that an even supply can be guaranteed.

Researchers at the John A Paulson School of Engineering and Applied Sciences at Harvard University in the US say in an article published in ACS Energy Letters that they have now developed a long-lasting flow battery capable of storing renewable power that­ could operate for up to 10 years, with minimum maintenance required.

A flow battery is a cross between a conventional battery and a fuel cell. Flow batteries store energy in liquid solutions in external tanks and are regarded as one of the primary ways of storing renewable energy. The bigger the tanks, the more energy can be stored.

But flow batteries are costly. Most use expensive polymers that can cope with the potent chemicals inside the battery.

Battery capacity
The battery’s components and materials, such as membranes and electrolytes, have to be frequently replaced in order to retain capacity.

The Harvard team modified molecules used in the electrolyte solutions to make them soluble in water and so vastly increase the battery’s ability to retain power.

“Because we were able to dissolve the electrolytes in neutral water, this is a long-lasting battery that you could put in your basement,” says Roy Gordon, a professor of chemistry and materials science and a leading member of the research team.

“If it spilled on the floor, it wouldn’t eat the concrete and, since the medium is non-corrosive, you can use cheaper materials to build components of the batteries, like the tanks and pumps.”

Reducing the cost of the battery is vital. The US Department of Energy says that in order to make stored energy from wind and solar competitive with fossil fuels, a battery needs to be able to store energy for less than $100 per kilowatt hour.

“If you can get anywhere near this cost target then you can change the world,” says Michael Aziz, another lead researcher in the battery project and a professor of materials and energy technologies at Harvard.

“It becomes cost effective to put batteries in so many places – this research puts us one step closer to reaching that target.” – Climate News Network