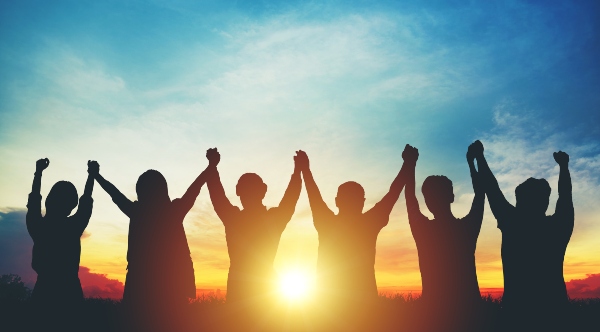 It’s 2020, a year so futuristic it was included in the name of a 1990’s cyberpunk roleplaying game. We’re doing miraculous things with technology these days. We’ve also advanced culturally in many ways, with people of all beliefs and orientations feeling empowered to speak the truth of who they are and demand equal treatment.

There are still areas in which we can make progress, however. In particular, many of our social norms are still weighted heavily toward the needs and desires of straight white males. Chances are good the majority of people who read this article are of that category. You were born a male and live as a male, you’re heterosexual, and you’re Caucasian. While you of course face many challenges in life (all human beings do), there is no denying you have a certain amount of freedom from burdens people who don’t look like you must deal with regularly.

“Freedom To” Versus “Freedom From”

There’s a misconception about what privilege means when it comes to the straight white male (SWM). Many SWMs protest at being told they have more privilege than others.

“I have to slave for a paycheck, and I don’t get any handouts!” They proclaim. “My taxes are through the roof! How is that ‘privilege’?”

The reality is that the privilege we’re talking about is not “freedom to” get handouts or special treatment. What is meant by SWM privilege is the “freedom from” being treated as lesser than the SWM majority. Yes, the average SWM has to struggle to support themselves and their families, pay the bills, etc.

Take the time to consider how much more challenging your life would be if the color of your skin, or who your attracted to, was constantly under suspicion and could be used against you at any moment to justify mistreatment.

Put that Privilege to Good Use

As a straight white male, one of the best things you can do is acknowledge your privilege and use it to support other genders and races. Here are ways you can be a SWM who cares in 2020 and beyond.

Recognize your privilege: Many doors are automatically open to you that you take for granted. You may not have a lot of money, or know anybody in high places, but you likely have more opportunities than, say, a black trans woman, or a differently abled person of color. Understanding and recognizing your privilege is the first step to making change.

Be a feminist: Anybody can be a feminist, and everybody should be one. No, it’s not about “hating men.” Women want equality for all genders. They are not going to implement a dystopian future where they put SWM in concentration camps.

Stand up and share your beliefs: This is maybe the most important point. Once you’ve accepted your privilege, become an ally. Put your support behind those who don’t benefit automatically from our current social structure. Step up and say something if you feel somebody is being treated unfairly. Don’t let your friends get away with “punching down” just to get a laugh. No, it’s not about becoming a “white savior” or whatever negative judgement allyship has been given this week. Take the opportunity to educate people, especially other straight white males.

Aim your privilege at the big issues: Don’t stop at the borders of your country. Use your social status to raise awareness of world issues. Infographics like the one below are useful tools to educate others.

However local or global your aspirations for allyship, just don’t fall for divisive ideologies. Flex that privilege for those who need the most help!