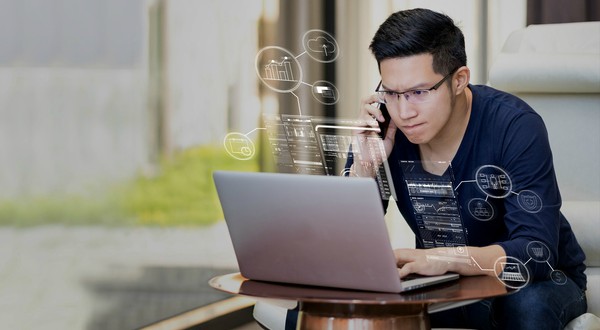 —
A good life is the result of good decisions.

When faced with a life-changing decision, we typically seek advice from the nearest person, procrastinate or rush into an unexamined solution.
We lack rituals and procedures.

All tough decisions are essentially about weighing value and purpose.

Daniel Kahneman, Amos Tversky, and other experts have clarified the specific ways in which decision makers are likely to be biased.

No amount of deliberation can ever guarantee that you have identified the “right” option.

The purpose of a decision is not to find the perfect option but get you an optimal choice that can help you get to the next one.

“Sometimes decisions are hard, not because one choice isn’t clearly better, but because the hard choice is also the right one, says Scott Young.

When you are overwhelmed by the urgency, magnitude, and complexity of a choice, you are likely to procrastinate or rush through it.

A smarter approach for making difficult decisions is to break down the process into manageable steps that you can tackle over time.

Before you rush to make a call on a tough issue, gather the facts (for and against your current assumptions), give yourself time to think through your options (process what you’ve found), and then make the call.

“In the end, if you don’t give yourself the time you feel you need to make a judgment or choice, you will undermine your satisfaction and your subsequent experience.

You will regret your decision, even when it is completely unwarranted, writes Heidi Halvorson is a motivational psychologist and author of No One Understands You, and What To Do About It

Don’t panic in times of crisis, or when you think your career, life or business is on the line. Keep calm and think through your options.

For many people though, impulsive decisions stem simply from getting caught up in what they want right now without thinking ahead, never thinking about the potential consequences or the long-term impact.

Many judgment errors can be eliminated simply by broadening your frame of reference.

The quickest, easiest, most effective way to do this is by involving someone who thinks very differently from you.

It’s amazing how many poor decisions can be avoided simply by asking one other person for their opinion.

A fresh perspective changes everything.

An impressive amount of empirical research backs up his observation.

Taking an out- sider’s perspective has been shown to reduce decision makers’ overconfidence about their knowledge (Gigerenzer, Hoffrage, & Kleinbölting, 1991)

Decision makers may also be able to improve their judgments by asking a genuine outsider for his or her view regarding the decision.

Searching for evidence that could prove you wrong is a painful process but it works.

If you’re wrestling with a difficult decision, consult a friend or colleague who’s been in your situation before.

Their insight will likely be significantly more valuable than almost any research.

Choice overload is a trap

Too many choices exhaust us.

And when you have too many scenarios to consider, you are likely to abscond from making a decision altogether.

Researcher Barry Schwartz calls this “choice overload.” We tend to avoid making important decisions when we have too many choices.

“As the number of options increases, the costs, in time and effort, of gathering the information needed to make a good choice also increase,” writes Schwartz.

“The level of certainty people have about their choice decreases. And the anticipation that they will regret their choice increases,” says Schwartz.

When you reach that level of stress in a decision-making process, you procrastinate, overthink and delay important decisions.

Jane Porter of Fast Company explains, “Given the endless options of which route to take, we can sometimes end up going with the more conventional path simply because it’s the easier way to go.”

By all means, consider all your options, but narrow your most important options to help you make a better choice in the future.

Use the OODA loop

Military pilots are known to rely on the OODA cycle/loop (observe, orient, decide and act) when making decisions.

The OODA loop was developed by military strategist and United States Air Force Colonel John Boyd. Boyd applied the concept to the combat operations process, often at the operational level during military campaigns.

There is no rush.

But every step is calculated based on careful observation.

The OODA loop has become an important concept in litigation, business, law enforcement, and military strategy.

Consider a fighter pilot being scrambled to shoot down an enemy aircraft.

The pilot decides to “get into the sun” above his opponent and acts by applying control inputs to climb. Back to observation — is the attacker reacting to the change of altitude?
Then comes orient: Is the enemy reacting characteristically, or perhaps acting like a noncombatant? Is his plane exhibiting better-than-expected performance?

Most of us are under enormous pressure to act quickly, to show that we’re doing something and in control, but it’s important to stop and think every now and then.

Inaction (for orientation purposes) is sometimes more important than quick execution. Decision-making is about more than appearing decisive.

It’s also about managing the context to achieve an optimal outcome.

In any decision-making process, the winner isn’t the one who reacts most quickly, but the one who decides how to act most effectively.

Think in years, not days

Every decision has an impact on the next one.

Warren Buffett, Charlie Munger and many other known figures swear by the 10/10/10 strategy.

Ask yourself the following three questions:

Most of us are conditioned to respond as quickly as possible in many situations, however, it’s vital to consider the long-term consequences of your decisions.

Milton Friedman once said, “The best measure of quality thinking is your ability to predict the consequences of your ideas and subsequent actions.”

In the business worlds, you hear a lot of talk about intuition, “trusting your gut.” It’s less simple than you might think.

Professor William Duggan believes that there are three different types of intuition:

Learn to trust your expert intuition (based on experience) when making choices about familiar problems.

Sometimes you don’t have the luxury of time to extensively consider all the different scenarios and options.

What you need in a situation like that is a solid decision-making model.

Medics, boxers, footballers, and firefighters think on their feet.

In the heat of the moment, they don’t have time for deviating thoughts.

The pressure of the moment forces their minds to focus on what needs to be done now.

They process information so quickly that “rapid cognition” — decisions that spring from hard thinking based on sound experience — can feel more instinctive than scientific.
If they make mistakes, they recover quickly.

These are two ways to build a better decision-making system:

Most of what we face each day is similar to other scenarios we have already experienced. By understanding this, it’s possible to quickly map a range of previous experiences and their outcomes.

Leverage those to arrive at the most viable decision…fast.

Over time, as you continue making decisions, your speed and quality will improve.

For most decisions, it’s much better to pick an option, and just move on, and the two-minute rule can help.

Give yourself a timer that helps you focus on the decision rather than having your mind wander and get distracted.

If you had two minutes to make a decision, how will you decide?

It doesn’t even have to be two minutes, necessarily, it just has to be a short amount of time, and you have to force yourself to pick a side by the time it runs out.

Use this approach if you suck at making small decisions fast (where to eat, which movie to watch, what to eat for dinner etc.).
With the pressure of a time limit, you’ll need to get to the heart of the matter faster and collect the pros and cons quickly, which you might not otherwise do.

The only way you’re going to get better at making smart and better decisions is by practising making decisions every single day.

And learn to own your choices and the outcomes they generate. It ‘s the only way to be in control over your life.

If you start making this part of your daily routine, you may feel more confident in your actions and decision-making skills.

It’ll take time and practice, but once you get the hang of it, you will make an informed decision in any situation.