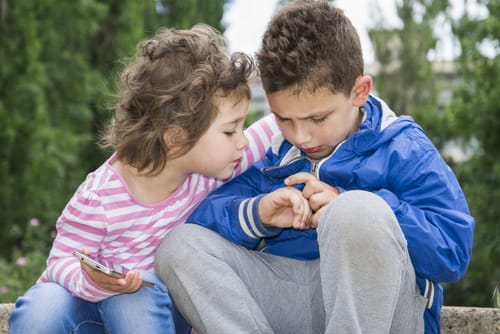 Throughout the day, my radio is tuned to my local NPR station (WHYY in Philadelphia) where I absorb insight and snag aha ideas for articles. Last week, when I was in the car, I had such a moment. To clarify, I would even call it a ‘driveway moment,’ by which I couldn’t leave the car until I got the last little tidbit. Just to be sure, I listened again later that night.

Tanzina Vega was celebrating her year behind the mic for her show called The Takeaway. In this episode which was recorded live in at The Greene Space  in New York City, she posited questions about three gaps she observed that the United States needs to address: the wealth gap, the truth gap, and the empathy gap.

She adds, “One year later, when it comes to inequality, misinformation, and understanding, are we further apart today than we were then?”

It had me taking a deep dive into my personal values about what I perceive as one of the fundamental human values; caring about other beings (not just the human variety). The empathy gap prevents people from feeling what others are going through and so keep them at a distance. Competition. Lack of bonding with others. Seeing those perceived as different as ‘other,’ and inferior. Us vs. them mindset.

How do we define empathy?

In an article  entitled “The Power of Empathy in Romantic Relationships & How to Enhance It”, Cindy Sigal, AMFT explains it this way, “Empathy bridges the divide between being separate individuals with different backgrounds, feelings, and perspectives.”

She elaborates, “Cognitive empathy is sometimes also referred to as perspective taking,” Sigal said. This is when a person can imagine how someone is feeling, but they don’t feel their emotions.”

“Cognitive empathy allows us to appreciate someone else’s feelings without feeling them or losing sight of whose feelings are whose,” Sigal said.

“Emotional empathy is when you do feel the same or similar feelings as the other person, she said. For instance, you feel happy when your partner is happy.”

An article in The New Yorker states that “empathy” is “a rendering of the German Einfühlung” or a “feeling into” that involves the “moral implications of feeling our way into the lives of others.”

Studies show that we are neuro-biologically hardwired to feel what others are experiencing which may explain why some people avoid being around others who have intense emotions. Cognitive dissonance takes a front seat and compassion is stashed in the trunk. If we view someone else as ‘other’ and ‘not me,’ it is easier to dismiss or deny their suffering.  Seeing someone in pain may trigger our own pain. I grew up with two conflicting messages delivered by my father on the subject. He would say, “What hurts you, hurts me.” and “When you pinch me, I feel it.” No wonder I became a rather confused co-dependent, not always certain where the boundaries existed between myself and others. It didn’t help that I am also an empath who tends to take on the emotions of others, absorbing them like a sponge that gets saturated until I need to wring it out and refresh.

It is one occupational hazard of being a therapist. On any given day in the office, I could be doing job coaching for someone who is looking for a new career, comforting someone who has lost a loved one, helping a client cope with their own illness or injury, assisting a kiddo who is being bullied, guiding someone through a divorce, coming up with strategies for maintaining sobriety, teaching parenting skills, helping to prevent suicide, supporting someone in coming out to their family and friends, helping someone navigate the waters of all sorts of mental health diagnoses from depression and anxiety to schizophrenia, building self-esteem, helping a college student create better learning habits. Gotta be able to shift gears at the speed of thought.

The world as it is has abundant examples of people exhibiting extreme empathy when doing deeds of valor for those they will never meet, such as the Chobani founder and CEO Hamdi Ulukaya donating $77,000, helping to pay off the school lunch debt in a Connecticut district. He says that as a parent, it broke his heart that so many children were relegated to eating sunflower seed and jelly sandwiches rather than hot lunches since their parents were not able to keep current with their account.

On the flip side are those who can’t see beyond their own interests as is reflected in acts of violence against people of different religions, cultures, skin colors, age, gender presentation, sexual orientation. We need look no further than the bombings and shootings at houses of worship. When people perceive that “My God’s better than your God,” it seems to offer carte blanche to use religion as a battle cry.

The current political climate is ripe with examples of the empathy gap. I was thinking about this, yesterday when noticing someone I know peripherally wearing a t-shirt that gave me a glimpse into her beliefs. She has a young daughter who she loves. I have seen them interact, so it is obvious. I wanted to ask her if she believes that her child is more worthy of a healthy future than someone else’s child. If we can’t embrace (at least emotionally, if not physically) every child, regardless of where in the world they find themselves, under what conditions they live, then we have lost our inherent humanity.

Compassion for others who we perceive as different is one key to bridging the gap. Caring about their needs as fellow planetary dwellers is essential. I remember clearly, in the first few days after 9/11, seeing bumper stickers that had me hopeful for the future. Rather than the nationalistic “God Bless America,” they read, “God Bless the Whole World. No Exceptions”. We are inextricably linked.