Get Daily Email
Join/Login CLOSE
Home / Featured Content / Can I Cuss Around You? 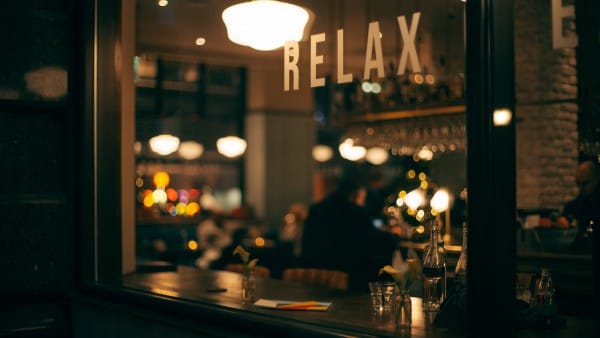 I don’t get out much, but the other evening, I was able to sneak over to the local German bierstube to catch up with an old friend. We go way back. Though we’re in somewhat different places in life, there’s a brotherly connection that transcends commonalities and uncommonalities.

This kind of kinship is priceless. It’s hard for adults to find and keep friends. Especially after we have kids, approach middle age, become shaped by the shifting currents of life, and move from one part of the country to another a time or two as my wife and I have.

Anyhow, we were settling in and getting caught up when he turned and asked the question,

“How are you on cussing these days?”

It was a respectful and well-intended thing to ask. He knows about my (fairly) new life path as I prepare to start seminary to become a professional Christian. But the question got me good. Not because I was offended, particularly. But because it reminded me of what the cultural image of a Christian is today.

Unfortunately, as far as Christianity goes, this is what some people’s faith seems to be about (particularly the loudest ones): how to be beacons of moral perfection and live seemingly spotless, sanitized, and whitewashed lives. In other words, to be pious, holier-than-thou, judgmental, and prudish assholes.

I pray to not fall into this one-upmanship of piety (as I say that, I realize I’m one-upping myself against them — the human vortex of hypocrisy is endless; I digress)…

After he asked, and I paused a moment, I answered, “Shit yes, you can cuss around me,” and we continued on and had a fantastic evening (luckily I only live 200 feet away from said bierstube and walked home safe n’ sound).

A theology of grace, not perfection

Before I get to the main point here, we’ll need to go on a short theological stroll for a minute (trust me, I’m learning these backroads myself)…

I can’t speak for every Christian, but the theological camp that I currently pitch my tent in is rooted in grace, not pious perfection.

The crazy Lutherans who’ve adopted me paradoxically have both a high and a low anthropology. This means that they (okay, I’ll start speaking for myself now — I) observe all humans as being born with both the propensity for profound beauty and joy as well as the propensity to muck things up for themselves and others in a royal fashion (and usually, the scales tip towards the latter).

The point of faith for me isn’t to enter a contest towards Ned Flandersism. In fact, the Ned Flanders of the world seem to be the most dangerous because they’re blind to their sin (aka their human propensity to muck things up) and project their quiet, festering despair onto others.

A low anthropology levels the playing field. It places Joel Osteen and Barack Obama on the same anthropological level as Earl, the dodgy middle-aged trust- funded alcoholic at the office who’s been written up a few too many times for lewd behavior.

We all have darkness inside.
We all hurt ourselves and others.
We all find this terrifyingly uncomfortable and will do almost anything to escape/override it.

(I say this not to shame anyone. This is the key to our solidarity and freedom as flawed, imperfect beings.)

We all know the friction between who we are and who the voice of the accuser inside tells us we need to be in order to be worthy.

Jesus didn’t come to tell us we needed to shape up or else we’d go to hell. He didn’t say that Christians were the nice ones whom God loved and everyone else was bad and unworthy.

Jesus came to free us from the accuser within who we’d assigned to the voice of God, but who was actually the devil (sâtan is a generic noun meaning “accuser”).

He — as God incarnate —loved sinners and so-called losers. To him, they were the best. He, himself, was called a drunkard and hung out with street-wanderers, sex workers, disgruntled soldiers, and Wall Street powerbrokers (aka: tax collectors).

His point was to make known — by dying at the hands of self-righteous humans while proclaiming forgiveness for them until his last breath — that human healing is impossible through law (anything proceeded by ‘should’ or ‘shalt’).

We are forgiven. We know not what we do. This is the holy sentiment that resurrects the broken human heart and leads to new life.

I don’t know about you, but this is how it works for me…

When I’m accused, I might try to do better out of obligation. But something in me grabs the wheel and makes me do even worse. When you yell at me or shame me for doing something, I’m going to do more of it whether my ‘best self’ wants to or not.

I used to work in customer service at a high-end golf resort. This was always the case: some high-rolling blowhard would come rolling in from the casinos throwing his (yep, always a dude) weight around and demeaning the staff.

That guy always had a hard time.

His type would come in and tell me I was an idiot because I had their reservation wrong and I’d better fix it or else, blah, blah, blah. As ‘right’ as they may have been, both I and the other staff members they’d plow over would always end up ruining their day even more. Unwillingly, it seemed. Without fail.

Grace from outside of us is the only thing that transforms human hearts.

It’s when I’m undeservedly forgiven by someone I’ve wronged (of course, I first have to know that I’ve wronged them and feel bad about it in order for this to work) — that’s when things shift into miracle-mode and I’m driven to move mountains for them.

The only ones Jesus spoke out against were the pious ones, so steeped in their self-righteousness. They were the ones who only saw the bad in everyone else instead of in the mirror.

It was the sinners who knew they needed saving. They’d come to the end of themselves. The pious ones had a long way to go before even being able to hear him.

Back to the whole profanity thing

So, back to cussing and the fact that I’m (God willing) going to become a professional Christian someday…

If anything, judging between a drunken, profane pub-goer and me — I’m the one teetering on the edge of the self-righteous affliction that Jesus railed against. I could very easily become so immune to the smell of my own proverbial shit that I could convict everyone around me while sanctifying myself.

But the Christian way goes as follows…
I can’t sanctify myself.
No one can.

And the more we try, the more we become human parasites feeding on the weakness and frailty of others. No matter if I try to sanctify myself through religious means, or through my impeccable Peloton routine, none of it works in the face of true unexpected suffering or unguarded love.

The only one who can sanctify me is external to me but whose eternal divine Christly imprint lives inside of me and all of creation. It’s already been done. Before the big bang boomed. In human form, this was embodied in Jesus. The only thing I can do is see my nonsense for what it is, confess to it, and know that I am forgiven — just as we all are.

And so, if I keep myself from swearing because I think that mean-daddy God will get mad at me if I do it — sure, I may come off as outwardly pious. But unhealed and suppressed sin always pops up in unfortunate and unexpected ways.

Here’s the funny thing… I find that I’m living up to this Christian stereotype, cussing-wise:) The more I know that I’m forgiven and sanctified, not through my works and actions but because of who I am as a created child of God, the less I want to use offensive language. But that still doesn’t make me any ‘better’ or ‘holy’ than anyone else.

I still cuss, but it’s less of a weapon/crutch now. This doesn’t come from obligation, but from the universal human freedom in faith to live a gracious (albeit flawed) life. Not in opposition to sinners, but as one and in solidarity to all.

And so, I don’t see my faith as a behavior modification program. I don’t find any virtue in not cussing. As a budding pastor, I see my role, not as the one who has to come in first place in the piousness contest, but rather to outwardly be the one who needs constant reminders of God’s grace and forgiveness just as much as anyone.

If you enjoyed this essay and want more like it in your inbox to help shape your day, head over here.