—
Last Monday night, I offered a bonus Q & A call to my date coaching ‘Dating 101’ participants. I had so much fun on the call, answering the burning questions that my group posed about dating. Many of the questions were about online dating etiquette, such as who emails first, how to begin an online dating conversation, and how to know which online site is best. The questions were fabulous, and I will blog about many of them. Today, I’ve chosen one that I think has universal appeal.

How do you tell someone you’re not interested in them without hurting their feelings? 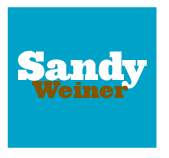 Great question, posed by a thoughtful, kind person who cares deeply about others. ‘Janice’ has been dating a guy who is good looking, sweet, and well, not too exciting. She carries most of the conversation. “How was your day?” yields a two-word response “Pretty good”. Janice is a dynamic, upbeat woman, someone who has survived an abusive marriage and emerged as a much stronger person. She can carry a conversation easily, but wants to be with a guy who has his own interesting life to share with her. It needs to be a give and take.

Janice was worried about hurting this guy’s feelings, which I understand, being a former people pleaser myself. People pleasing is fine as long as it doesn’t come at the risk of your own integrity. In other words, if you are trying to please someone and it’s not where your heart is, no one benefits. The person you are being nice to is actually being lied to. You are also lying to yourself, telling yourself that it’s more important to be kind than to be truthful.

I suggested that she be honest and kind at the same time. First, tell him what she likes about him. Then kindly (but bluntly, not beating around the bush) tell him what’s not working. This is not meant to be a criticism of this guy. It is just stating what’s not working for the two of them as a pair. They are not a good match. He may disagree, which is fine. But truthfully, he will find a better match in someone who feels mutually about him, someone who loves him for who he is. I firmly believe we are not meant to be a good match for every person we meet. Finding someone special is just that ~ someone who is uniquely suited to be with you and vice versa.

I get angry when someone is not truthful with me. The truth may hurt, but a lie to string someone along when your heart is not there ~ that is more hurtful in the long run.

This post was originally published on LastFirstDate.com and is republished here with the author’s permission.

Good stuff but I’ve heard from lots of women who when they try to do that are often the victim of yelling, blaming and all sorts of negative attacks because the guy receiving the rejection can’t handle it. I don’t think there’s a universal way of doing it, except to remind people to be safe when doing so. Regardless of the length of the relationship, that’s paramount. What needs to be understood is why are there people who think they are so wonderful that everyone should want to be in a relationship with them? Too many scary stories of mostly… Read more »

Facebook48TweetPinEmailShares48
wpDiscuz
1
0
Would love your thoughts, please comment.x
()
x
| Reply
Share this ArticleLike this article? Email it to a friend!
Email sent!