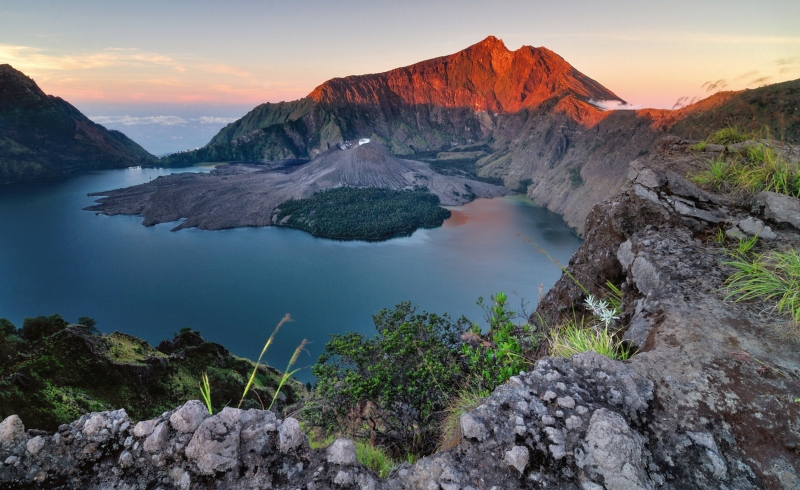 After a deadly 6.4-magnitude earthquake on July 29 hit the island of Lombok in West Nusa Tenggara, Indonesia, the tourist destination faced a 7.0 magnitude shock on Sunday night.

The National Disaster Management Agency reportedly counted as of Monday evening at least 98 people dead and hundreds wounded by collapsed building material. Between the July 29 earthquake and the most recent one, there were nearly 500 small aftershocks.

The disaster in Lombok is reminiscent of the great Tohoku earthquake in Japan in 2011. At that time a 9.0 magnitude earthquake struck the east coast of Japan. A few days earlier there were a number of smaller earthquakes. After the mainshock, there were small earthquakes of decreasing strength, which finally stopped when the Earth had stabilised.

There are several active volcanoes near the epicentre of the Lombok earthquake – Mount Rinjani in Lombok, Mount Agung in Bali and Mount Tambora in West Nusa Tenggara. How will the large earthquakes and aftershocks affect these volcanoes?

What is a tectonic earthquake?

Tectonic earthquakes are a type of earthquake caused by the shifting of Earth’s plates. They usually occur at the boundary between the moving plates that interact.

Indonesia is at the meeting of three main plates: the Eurasian Plate in the north, the Indo-Australian Plate, which goes under the Eurasian Plate, and the Pacific Plate in the east. The movement of these plates causes a gradual buildup of energy. When the accumulation of energy is released suddenly, that’s a tectonic earthquake. That’s why Indonesia is prone to earthquakes.

The case of Mount Agung

Tectonic earthquakes can affect critical volcanoes, which are those on alert status due to an increase in volcanic earthquakes, drying springs, increased gas release and small eruptions.

Volcanoes in critical condition can easily eject dissolved gas or a very large volume of magma if there is a trigger such as an earthquake.

The case of Mount Fuji

We can also see one example from Japan. Here, tectonic earthquakes have been recorded causing a volcano to erupt.

On October 28 1707, an 8.6 magnitude earthquake struck the coast along Nakai Megathrust, southwest of Japan. This is one of the biggest earthquakes in Japanese history, claiming more than 5,000 lives. Only the Tohoku earthquake in 2011 had a greater magnitude.

Research by Christine Chesley and colleagues in 2012 found that a tectonic earthquake on October 20 1707 caused magma 20km below Mount Fuji to move up to a shallow magma chamber at a depth of about 8km.

Unfortunately, the chamber was not big enough to accommodate the new magma. This caused Mount Fuji to erupt with a Volcanic Explosivity Index of 5.

The Mount Fuji eruption was characterised by the release of material that consisted of volcanic ash only without any lava material. This means there had been a sudden change of pressure in the magma chamber.

Reflecting on the case of Mount Fuji, the eruption of Mount Agung in Bali on July 3 2018 after the tectonic earthquake presented the same phenomenon. It ejected volcanic ash without being followed by lava flow.

What about Rinjani and Tambora?

If a volcano is normal or stable, an ordinary tectonic earthquake would not be strong enough to cause it to erupt.

Tectonic earthquakes will shake and trigger magma to come to the surface when conditions have exceeded the stability limit.

Rinjani and Tambora, which are geographically closer than Agung to the centre of the tectonic earthquake that occurred on Lombok Island, are unlikely to budge, because both are stable. Hopefully.