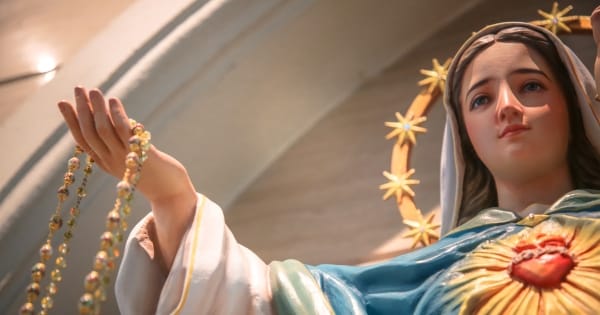 Catholic Church sex abuse: The difference a Pennsylvania grand jury made in lives of survivors

It has been one year since the Pennsylvania grand jury report named 300 sexually abusive Roman Catholic priests in the state. After an 18-month investigation, the grand jury concluded that “over one thousand child victims were identifiable, from the church’s own records.”

At the same time, the jury also noted that the real numbers could be much higher. It said,

“We believe that the real number – of children whose records were lost or who were afraid ever to come forward – is in the thousands.”

As a scholar who has spent the last eight years interviewing Catholic survivors of clergy sex abuse, I know that even though there were only a few convictions in Pennsylvania, the release of the grand jury report was a watershed moment for survivors.

The report opened up space for new conversations and helped communities come to terms with the horror of their past.

Grand juries and statutes of limitations

Grand juries comprise up to 23 citizens. They investigate potential crimes under the leadership and jurisdiction of a prosecutor.

The majority of clergy abuse victims identified by last year’s grand jury may not ever get their day in court, since Pennsylvania’s statutes require victims to come forward by age 30 for civil lawsuits and by age 50 for criminal prosecution. This time frame is inadequate because survivors typically report childhood abuse when they are much older. The Catholic Church and the insurance industry have lobbied intensely to prevent governments from abolishing the statutes for crimes against children.

What has changed since the report

However, the 2018 Pennsylvania report did inspire more than a dozen other states to launch new grand jury investigations. In the first half of 2019, 21 states expanded their statute of limitations on sex crimes.

There have been prosecutions as well. In Pennsylvania, two Catholic priests, John Sweeney and David Poulson, were convicted. Michigan arrested five priests shortly after opening its own grand jury investigation. And Los Angeles convened a second grand jury, 10 years after its first investigation concluded.

The most high-profile case was that of Cardinal Donald Wuerl, who was exposed by the grand jury report for his handling of abuse cases in Pittsburgh. Wuerl resigned, but he will not face criminal charges.

These new inquiries have also pressured dioceses across the country to increase their transparency.

Such changes might signal future progress, but they are insufficient within the broader scope of the crisis. Relative to the much higher numbers of accused priests and known victims, the number of new convictions has been tragically low.

From villains to heroes

I have spoken with 11 survivors in Pennsylvania and more than 100 survivors nationwide. From those conversations, I know that even after the media spotlight on sex abuse scandals, and 11 prior grand jury reports in the United States, many clergy abuse victims still suffer alone, sometimes even blaming themselves.

One of the Pennsylvania survivors I spoke with, “Phil” (not his real name), lives in a small Rust Belt town in western Pennsylvania. Phil was abused from ages 14-17 by a priest at his high school. He reported his abuse to the Diocese of Erie at age 17, and came out publicly in 1993 at age 20.

After Phil came forward, he told me, a woman walked up to him in the grocery store and slapped him across the face. “How dare you accuse the diocese,” she said to him.

Throughout his hometown, Phil was stigmatized. He told me,

“I got called a liar. Treated like scum. Nobody wanted nothing to do with me.”

After last year’s report, Phil said that the same woman approached him in a Walmart parking lot.

“I slapped you 30 years ago, and I’m just so sorry,” she said. “Now I know you were telling the truth. Thank you for your courage.”

For survivors, the Pennsylvania report bore public witness to victims’ pain. The grand jurors recognized as truthful stories of suffering that – only a few years ago – many communities had willfully ignored.

Getting over the shame

Another survivor I spoke with, “Nadia,” was abused as a 12-year-old by a teacher at a Catholic school in Clarion, Pennsylvania.

After reporting her abuse to police, Nadia was stigmatized by her neighbors. She recently moved to Ireland, hoping to escape the shame and isolation that she felt as a survivor in the United States.

When the grand jury report was released, old friends started messaging her on Facebook. One confided that he was also abused at their Catholic school. When I spoke to her in March 2019, Nadia said,

Unlike Phil, Nadia had for years taken refuge in her assumption that she was the only child assaulted at her school.

Feeling depressed by the news, she telephoned her family for emotional support.
Nadia learned an even more heartbreaking revelation: One of her brothers was also abused by their teacher.

At age 58, separated by an ocean and with decades of distance from their abuse, a brother was finally able to tell his sister that she was not alone.

What inquiries can change

When the grand jury report was released last year, many news outlets cast Pennsylvania as a tipping point for increased transparency.

When Pope Francis called for an emergency meeting of the bishops in Rome, commentators expected that the Vatican would announce major reforms.

It did not. Instead, its real value was in the speeches and testimony of victims.

I have observed a similar trend in the broader legacy of the Pennsylvania grand jury report.

My conversations with survivors show that the report give citizens a new language through which to talk about the horrors of their own past.

In addition to being a mechanism for accountability, grand jury inquiries can give victims and bystanders alike a new, state-sanctioned vocabulary. The report has helped rural communities, in particular, talk about the social suffering that they have already endured.

A grand jury is, fundamentally, a group of everyday Americans who bear witness to a community’s painful past. Especially when the court system cannot give justice to victims, grand juries can help citizens and survivors communicate fundamental truths about the global problem of child sexual abuse.

Facebook2Tweet1Pin1EmailShares4
wpDiscuz
0
0
Would love your thoughts, please comment.x
()
x
| Reply
Share this ArticleLike this article? Email it to a friend!
Email sent!