In mid-December of 2019, my friend Dylan Matkowsky put me in contact with Drew Robertson, the Executive Director of Mattersville–a sustainable community of tiny homes built for homeless veterans suffering from PTSD. At that time, Drew was in the process of acquiring the entire sustainable infrastructure of Mark Johnson’s recently dissolved Rocky Mountain Wildlife Foundation. With that acquisition came batteries, generators, a wind turbine, solar panels, and wolves. An entire pack of wolves.

It was an honor to work with Dylan, Mark and Drew on the retelling of their story. Theirs is an ongoing story of survival, interconnectivity, and above all, deep caring, which I will share with you now.

In 1996, Mark Johnson bought his first wolf. She was a pup–only four weeks old–and Mark had to carry her with him to work for the first week they lived together. Before long, she was on her feet, running with Mark to work every day.

At the time, Mark Johnson owned an art gallery in Silver Plume, Colorado:

“Even though I had artwork hanging in the Bibliothèque nationale in Paris, I couldn’t get into galleries in the states,” Mark explained. “So I said, ‘To hell with ya. I’ll start my own gallery and then open it up to everybody!’”

His gallery represented over 200 artists-mostly Native Americans or people making Native American-styled artwork. When she was young Cheyenne the wolf pup would sleep in a box in Mark’s art gallery.

Every day, patrons would come to the shop, stopping at her box to pet and socialize with the pup. This is how Cheyenne would learn about people. Then, when she was three-months-old, she would begin to heal them.

“At about three months of age, when people would come, sometimes she’d react a little bit different.”

I’m on the phone with Mark, now 72 and living in Nevada. The perils of living such an exceptional life have finally caught up to him. Once, as a volunteer firefighter in Missouri during the late seventies, he was called to extinguish a fire in the neighboring town. A small city block had been set ablaze.

He and his team journeyed into the snowstorm. That night in Missouri the wind chill factor was ­–55 °F. According to the National Weather Service, exposed skin will become frostbitten within ten minutes at that temperature.

If you were to ask somebody at the National Weather Service what you should do in these conditions, you would probably receive the following advice:

“Stay dry and minimize your exposure to the outdoors if possible.”

For Mark and the other members of his team, it was not possible. As Mark tells it, the air was so cold that the water falling from the burning buildings landed frozen on the pavement.

“One guy slipped on the ice,” Mark told me. “His hose was whipping him around and […] froze in the open position, so they couldn’t shut [it] off.”

Another team member went to the truck to stop the flow of water coming from its tank, but it was too late; the valve on the truck had already frozen open. Finally, they were able to shut down the stream at the fire hydrant.

The team was able to subdue the fire, but the damage was already done. Mark had sustained an injury that would follow him through the years and across the country. From Missouri to California, California to Colorado, a sickness trailed. Now, whenever the temperature dropped, Mark hurt. It started in his hands, where the frostbite was localized, but it wouldn’t be long in the season before the nausea began.

Each year the symptoms worsened. He endured the pain until the Fall of 2019, when an early snow forced him to confront a harsh reality: It was time for him to pass the torch. He had hurt too much for too long, and he was ready to retire. He was ready to “have some fun.”

An interesting character note: If you’ll entertain a little casual ageism, Mark does not sound seventy-two, whatever that might mean to you. I only know him as a voice on the other side of the phone, but until he told me otherwise, I pictured him a spry mid-forties or early-fifties. He brought a refreshing energy to our conversation, and it was easy to see how, for 24 years and despite the chronic pain, Mark ran the Rocky Mountain Wildlife Foundation (RMWF). Over the course of his tenure, he rescued and cared for more than 50 wolves. 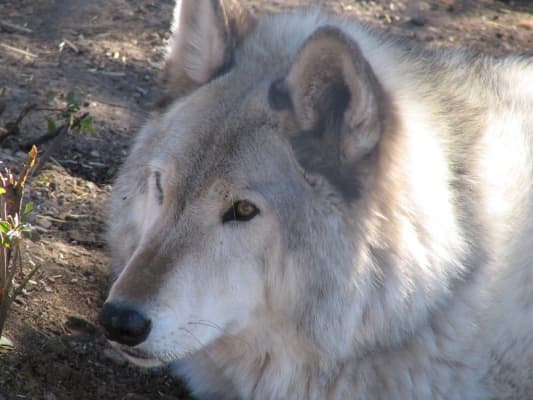 Photo of Cheyenne the Healing Wolf courtesy of Mary Sander

It all started with Cheyenne the Healing Wolf. And she was an extraordinary pup.

“We didn’t quite understand it,” Mark admitted. “But what she was actually doing was helping those people overcome […] either a physical ailment or an emotional ailment.”

The way the story goes, Cheyenne had a sixth sense when it came to people. She could detect illness, whether physical or mental, and in many cases, she could help catalyze the healing process.

“Many times, if it was physical, what she would do is she would remove the article of clothing that was in the way of her getting right to the skin or the infected area. Then, with her little short teeth, she would lightly nibble or lick and, uh, sometimes she would paw at it.”

I tried to imagine what it would be like to have an adult wolf nibble at my skin. Between those jaws exists enough force to break bones and cleave muscle from skeleton. But she never did. She never hurt anyone–only healed them.

“And whenever she did that I knew there was something wrong with that part of that person’s body. She was right 100% of the time.” 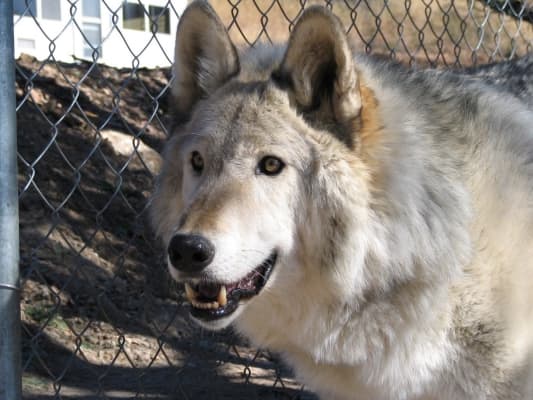 Whatever reservations I expressed about letting a wolf nibble at my wounds, Mark made some pretty high claims about the wolf’s prowess as a healer. According to Mark, Cheyenne detected cancer in around 25 people over the course of her life.

“Including my late wife,” He said. “In some cases, the cancer went away. In other cases, they lived longer than what they were supposed to. It was just amazing what she did.”

The range of Cheyenne’s healing ability extended beyond the flesh. For those who sought Cheyenne for maladies of the mind and soul, she bonded with them in other ways. She would approach travelers and nuzzle them, letting them pet her in order to establish an emotional connection. If you sat near her, she would come to you and lay her head in your lap. The way she interacted with people was innately curative.

“You could just see in that person the relief that was coming over their body.”

Cheyenne’s healing touch extended beyond the foothills of the Rockies. Pilgrims from all over the world–Denmark, Iraq, Germany–traveled to see the “Healing Wolf” of Silver Plume.

“If you had told me years ago that I was going to have a wolf, and she was going to be a healer, I would’ve said you’re nuts!” 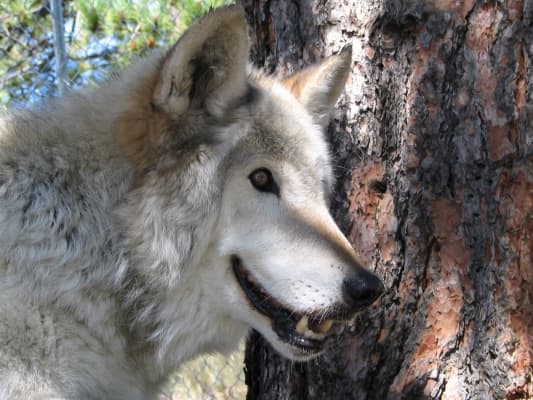 Before we hung up, I asked Mark if there were any travelers that stood out in his mind.

“Ah, there’s so many…,” Mark sighed and racked his brain. Cheyenne touched the lives of so many people that it was hard for him to pick just one.

But after a long pause, there was one traveler that drifted back through years: the gentleman from Maryland.

The gentleman from Maryland had lost all ten toes. Frostbitten on a hike in Colorado, where temperatures regularly fall below -10 °F in the winter, the man from Maryland came to meet Mark and Cheyenne after his traumatic experience in the mountains. When he arrived at the Rocky Mountain Wildlife Foundation, the gentleman and Cheyenne bonded immediately. Cheyenne was about a year old at the time. This man would be among the first in a long line of people who would be healed in one way or another by the wolf.

Before the man from Maryland left Silver Plume, a friend of Mark’s, Wolf in the Shadow, made the gentleman a medicine bag out of wolf fur. Inside the bag, Mark put some of Cheyenne’s own fur and told the man to “redo his hike.”

I’ll tell you the end of the story of the gentleman from Maryland later in our series covering the origin of Mattersville. Next week, we’ll be talking with Drew Robertson, the program’s founder, and we’ll see how his and Mark’s stories intersect. In the meantime, if you want to get involved with Mattersville and meet the progeny of Cheyenne the legendary Healing Wolf, you can sign up to volunteer on their website.