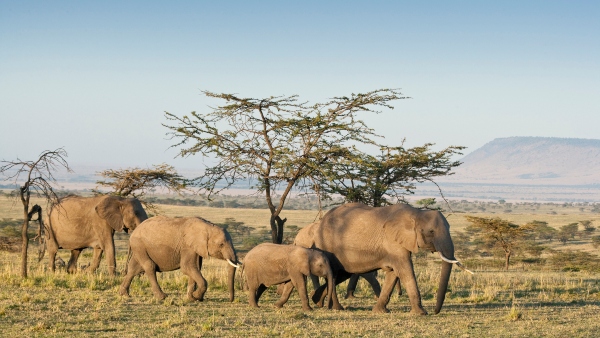 Climate change has already begun to take its toll on mammals and birds, creating conditions that could lead ultimately to an outright extinction threat.

A closer look at the outcomes of 130 separate studies has revealed that subtle and insidious shifts in local climates could be having “negative effects” on species already threatened by other pressures.

Conservationists have repeatedly warned that climate change could affect biodiversity for the worse and create conditions for extinction.

But even while they were issuing such warnings, the process seems already to have begun, according to new research in Nature Climate Change.

Biologists from Italy, the UK, Australia and the US performed what scientists like to call a meta-analysis. They systematically looked again at all the studies they could find that suggest that climate change may affect an animal, for better or for worse.

Seventy of these studies assessed 120 mammal species, and 66 delivered evidence about 569 bird species. They then used the findings to make estimates of the consequences for species already threatened.

“We need to ensure key decision-makers know that something significant needs to happen now to stop species going extinct . . . Climate change is not a future threat any more”

There have already been attempts to make such calculations. One earlier examination for the International Union for Conservation of Nature’s Red List of Threatened Species estimated that 7% of mammals and 4% of bird species were negatively affected by climate change and severe weather.

But research led by Michela Pacifici, of the Global Mammal Assessment programme at Sapienza University in Rome has stepped up the concern. The scientists examined data concerning 873 threatened mammals and found that around half would be negatively affected by climate change. And out of 1,272 species of birds, 23% were badly affected.

“Our results clearly show that the impact of climate change on mammals and birds to date is currently greatly under-estimated and reported upon.

“We need to greatly improve assessments of the impacts of climate change on species right now, we need to communicate this to the wider public and we need to ensure key decision-makers know that something significant needs to happen now to stop species going extinct,” says one of the authors, James Watson, global initiatives director at the Wildlife Conservation Society, and a researcher at the University of Queensland, one of the authors. “Climate change is not a future threat any more.”

Animals are often closely adapted to the climate and ecosystem in which they evolved. So climate change will affect the creatures’ range, further raising the extinction threat.

Massive under-reporting
In theory, a pattern of warming – and perhaps with more rainfall in some places – could be good for a species by enhancing vegetation for the herbivores and increasing prey for the carnivores and insectivores. But that works only if it increases the preferred food.

The scientists found that some species were not so far affected negatively. Animals that burrow could shelter from climate extremes, and insect-eaters sometimes had more and better supplies of prey. Some carnivores did better in some cases, not so well in others.

But the researchers grouped their animal studies according to geographic range, reproductive rates, survival rates and body mass to try to make predictions and generalisations. They see marsupials and primates as more vulnerable to rapid change.

Primates and elephants, too, have slow reproduction rates, which puts them at a disadvantage in the race to evolve with climate change.

The research makes a statement about likelihood: the scientists concede that future studies will be needed to test their assumptions. But they are confident that, so far, biologists have underestimated species’ responses to climate change, and that there has been massive “under-reporting” of the impacts of global warming.

“It is likely that many of these species have a high probability of being very negatively impacted by expected future changes in the climate,” Dr Pacifici says. – Climate News Network

—
Previously published on climatenewsnetwork.net and is republished here under a Creative Commons license.
—