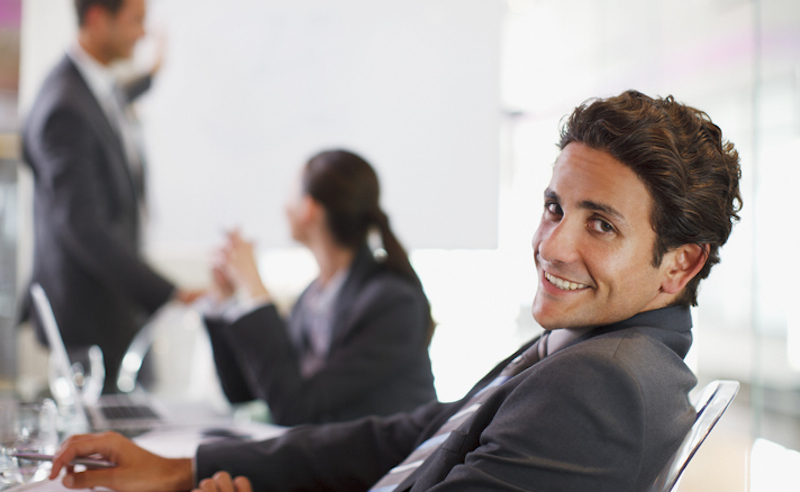 From childhood, men see messages that reinforce the notion that to win at life you have to be a strong, go-getting, high-achieving type of guy. Someone who makes other men respect and admire them while making women swoon.

It’s a powerful image, and hell, I have to admit that it would be pretty cool to have that respect, admiration and swooning thing going on. But I’m not about to start acting like an alpha-male in pursuit of those things.

Trying to be “alpha” has 3 big pitfalls:

a. when someone tries to behave like an alpha-type and just starts acting arrogantly rather than really thinking about what it looks like or feels like;

b. when someone feels like they have something to prove;

c. when someone craves the status, recognition and validation the role might offer.

There are guys out there who share more in common with Jack Bauer or Christian Bale than Sheldon Cooper or John Oliver, but I think we all have some alpha pieces to us, areas of life where we’re more dominant than others. Confidence is embracing who you are and trusting your ability to choose, and it never requires you to be something you’re not.

To know that someone else has heard what you’ve got to say, having them acknowledge your point of view and maybe even influencing their point of view feels as warming and sweet as being wrapped in a marshmallow duvet.

But when the need to be heard—and to know you’ve been heard—has you going out of yourway to be the loudest, most vocal, most socially voracious of your gang, it’s time to reconsider what you’re doing.

3. Sticking to your guns

Nobody likes to have a spine made from damp socks, and having an opinion is to be lauded. But when holding onto that opinion because it’s yours becomes more important than listening, you turn into an arrogant fool.

It’s easy to get possessive over a position, especially when that position is intertwined with perceived power or is part of a narrative you’re in the middle of telling. Just look at how many arrogant leaders and public figures we’ve seen who stick dogmatically to their guns for no good reason, and you’ll see how important sticking to your guns can become for no other reason than that’s just what you do.

Only, there’s a better way. Confidence isn’t puffing out your chest and tell everyone that you’re right, and the simplicity it brings makes changing your mind something that good, reasonable men do in response to new information and circumstances.

Perhaps the most pernicious tool in the Arrogant’s Handbook is the put-down. More than a simple “tell it to your face” good-natured jibe, in arrogant hands the put down becomes something altogether more damaging. It’s the single biggest reason people email me, people who are being routinely being put down by someone who builds themselves up off the back of it, and I hate it.

The guy offering the put-down will be quick to say that it’s meant jokingly or is just a bit of banter, but underlying that can be a habit of belittling others to make themselves feel better. It’s arrogant in the extreme to deal with your own insecurities, your own self-esteem issues or something else you don’t like about your life by making other people feel bad and riding on theirbacks. It’s never okay.

Be a man, be a confident man, and own your own shit.

5. Hustling rather than resting

I’ve known people who are so focused on hustling, moving and achieving that they never seem to rest or stop, and urge the people they’re with to do the same. Some of them even judge, blame or jeer at those who choose to ease into a moment rather than hustle the crap out of it.

After dinner with friends one night, one guy lost the plot and sneered at me when his suggestion to go across town to a club where his friends were partying was turned down in favour of my thought to head over to the street for a nightcap in a late night bar. He got on his phone and strutted about, making it clear that he was grabbing control with both hands, then strode off into the darkness telling us what a great night he was going to have.

I believe that the Cult of Hustle is a dangerous one. One that fosters perception over value. Busyness is the currency instead of self-worth, and the need to hustle, do and achieve becomes a box-ticking exercise and a neat and impressive way of avoiding resting into a moment just as it is.

Hustling is sometimes the mask arrogant people wear as a diversion from themselves.

What this all boils down to is one simple distinction. Arrogance is noisy. Confidence is quiet.

What’s your experience with arrogance vs confidence?

Steve Errey is a confidence coach who helps you find your natural confidence so that you can put your dent in the universe—which basically means doing what matters to you in ways that work for you. Go grab The Code and get more of him on Twitter.

Arrogance to me means that you think you know everything and that everyone is just a piece of dirt who have no value at all and has a big mouth that doesn’t know when to shut up and listen up.

There can definitely be some “I know what I’m doing and you don’t”, sure. Doesn’t always need to be as extreme as you highlight though!

Fantastic, Steve! I thought this was the perfect sentence.

Confidence is informing others (verbally and non-verbally) what you believe and what you value.

Arrogance is expecting them or NEEDING them to agree with you.

Yup, we don’t need the status, validation or recognition. It can be nice when it happens, but we don’t NEED it.

Facebook360TweetPinEmailShares360
wpDiscuz
Share this ArticleLike this article? Email it to a friend!
Email sent!