Kenny Bodanis doesn’t even have a problem with smoking… just littering.

Today, class, we focus on butts and only butts.

I don’t like cigarette smoke – it stinks; but so does perfume. I don’t appreciate when you smoke near me and I am forced–through sheer proximity to you–to smoke as well; but walking through tailpipe exhaust is no Irish Spring commercial, either.

This is why I choose to focus on butts and the indiscretion with which people discard them: out the car window, onto the sidewalk, into a plant, onto a field…I especially love when they bounce like a firecracker off the hood of my shiny used subcompact.

I know, newer cars have no ashtrays; they also have no garbage cans and no recycling bins (although the underside of my driver’s seat closely resembles that pit with the moving walls in Star Wars), yet I’ve never chucked my kids’ disposable apple sauce container at the jerk tailgating me on the highway (and I’ve only tossed a dirty diaper once, and it was at a Hummer).

What is most perplexing is: NON-smokers never reproach smokers for littering.

If I drop a french fry on the sidewalk, there is a fair chance a suddenly-Suzuki, all-of-the-sudden environmentalist would chide me for dirtying our neighborhood. (These pristine sidewalks which previously had only been touched by muddy shoes, spit, dog and cat urine and feces (read more about that here), gum, and butts.)
But cigarette butts – with fire on one end and sputum on the other – get a free pass. Why?

I think it’s because smoking is so endemic and historic it almost seems to fall under some form of freedom of expression; like wearing really ugly clothes. 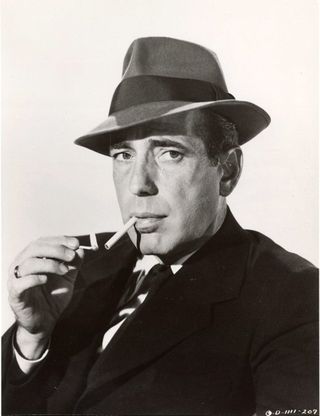 People are afraid to approach smokers because, should the altercation turn physical, fewer people would rush to the plaintiff’s aid. The poor soul would just end up lying on the sidewalk, the blood from their broken nose ironically washing the cigarette butt into the gutter.

As for my discarded french fry, I’m fairly sure an unruly mob would support the plaintiff in my case, and my blood would rush over my fries…like homemade ketchup.

I’ve been careless with my own butt in my day: I tried my first cigarette at age fourteen, and touched my last one in my early twenties. It was no more than a reason to be included with the cool gang hanging out in driveways while the rest (cancer-free losers!) of the party was inside. I was never addicted (in fact, I’m not sure they ever didn’t make me sick…how do people get past that nausea?), and I don’t miss them. But I understand why people smoke, and believe I understand (as much as a non-smoker could) why it’s so difficult to quit. If it’s in any way more difficult than it is for me to stay away from potato chips, it’s downright impossible.

This isn’t about locking smokers in a sealed lounge; it’s about a weird sense of entitlement for their butts in the cracks of my sidewalk.

And, please, can we avoid the “your car is as polluting as my cigarette”? We all know my car is way more polluting; but the moment your cigarette can enroll in a meals-on-wheels program or ship penicillin from California to Nunavut, we’ll talk.

That’s it. Now I’m butting out.

This article was inspired by a near-confrontation my friend and I had while watching our kids play on a public beach. This guy and his wife were smoking, and burying their butts in the sand. When my friend pointed out the nearby garbage cans, the guy sneered at her and then began whispering to his wife and laughing at us. Are we supposed to get up and report the guy? Get into a fight with him? No; we just let this rude litterbug share the planet with us. He’s not worth it. I don’t really think this much about smoking.… Read more »

Wow, you think about smoking way to much. I just like smoking, and I try my hardest not to litter and almost every smoker I know does the same. Do I litter? very rarely. Like, very very rarely. But on the off hand chance that I do litter, and someone were to confront me about littering, I wouldn’t care. I think most people know that.

Facebook10TweetPinEmailShares10
wpDiscuz
2
0
Would love your thoughts, please comment.x
()
x
| Reply
Share this ArticleLike this article? Email it to a friend!
Email sent!