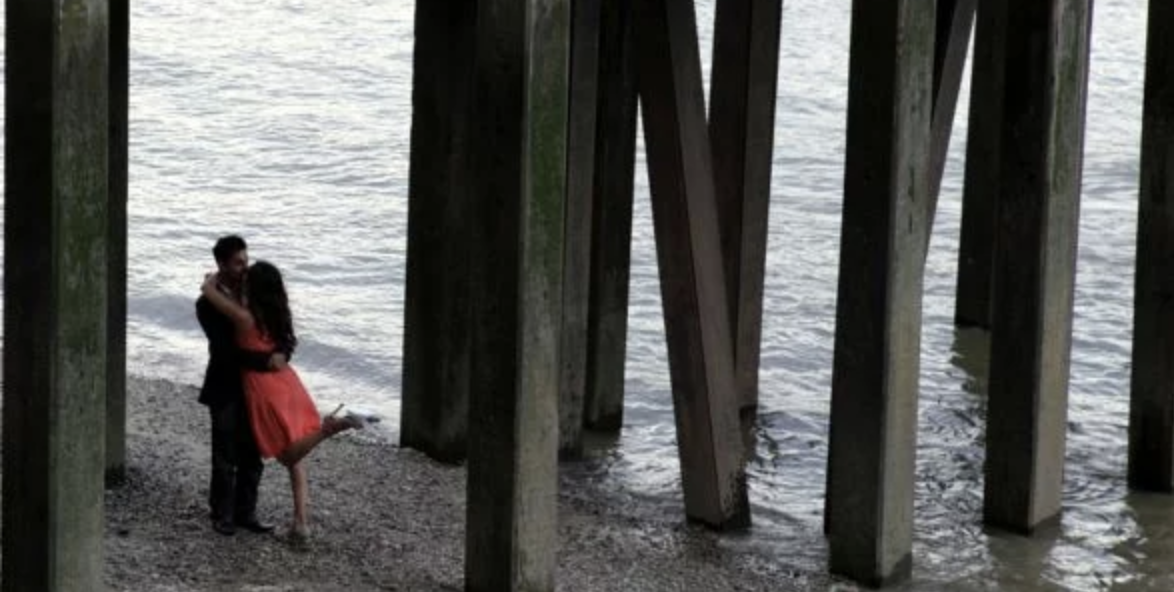 Fouad Alaa thinks about some of the cultural differences that affect his relationship.

THERE’S a beautiful honeymoon phase at the beginning of every relationship where couples fall madly in love with each other regardless of any major differences.

After the honeymoon phase comes the adaptation phase. Personal quirks that used to be cute become annoying. Discomfort, issues and even fights take place; doubly so for interracial couples.

Every culture affects our personal habits and preferences. In interracial relationships, personal habits might cause issues the same way they would when they are acceptable in one country but not tolerated for long in another.

A lot of interracial couples mistake cultural influence for personality flaws. The ability to differentiate between a cultural norm and a personal quirk is very important to prevent any misunderstandings or issues regarding compatibility.

Coming from an Arab background and being in a relationship with a Chinese-Malaysian here has presented some minor issues that can be an example of cultural misunderstandings in interracial relationships.

Even though both my girlfriend and I speak good English, miscommunications sometimes happen. As a general rule, if English is not your first language the way you speak or refer to things can be directly affected by your mother tongue.

For instance, if today is Sunday and I want to refer to the coming Friday, I tend to say “next Friday” while I should be saying this Friday.

If my girlfriend and I are eating at our usual café and she comments that “The place was not like this last time,” I translate that to mean when WE were here last time, although she means the previous restaurant under a previous owner entirely.

I imagine the situation would be a lot worse if one or both of us didn’t speak English very well.

In general, being jealous and possessive are traits both guys and girls share. However, how your jealousy is interpreted can depend on how it is viewed culturally.

For example, in some cultures a girl gets angry and worked up about a girl smiling at her boyfriend from a distance. It is considered protective behavior and is appreciated by some guys, while for others it can be considered suffocating and the traits of an overly attached girlfriend.

Similarly, in Arab culture if a guy expresses his jealousy to a girl it would be considered an indication of him being caring while it may be considered in other cultures as controlling and insecure. So depending on which side of the coin you’re on, we could either be jealous or caring.

If you ever went to an Arab eatery, you may notice that our main dishes are always meat with a carbohydrate-based side, which contrasts greatly with Chinese cuisine where veggies can be the star of the meal with the meat as supporting cast.

Even though I watch what I eat – I don’t eat too much junk food or calorie-rich meals – my food habits can be viewed as normal or unhealthy depending on cultural perspective. In our relationship, I am considered a fatty eater.

When it’s dinner time and we are deciding what to eat there always has to be a compromise especially since I am the one cooking. I may suggest we cook a nice chicken curry dish while she would suggest we make a potato stew, and we end up cooking a chicken and potato salad.

The real problem starts whenever it is grocery shopping time. Since I tend to plan most of my budget on meat and snacks and she plans for healthier options, the solution ends up being a compromise of both.

House chores can be divided based on gender in some cultures. For instance, ‘guy chores’ may involve taking out the trash, fixing minor plumbing issues or anything requiring heavy lifting, while ‘girl chores’ are cooking or organizing the house with the occasional cleaning.

In our case, we may come from different cultures with their own definitions of gender roles but we both prefer the chores equally distributed. Since she can eat my type of food and I prefer to organize my stuff, I cook and organize the house which she cleans.

It would have been an issue if both of us acted based on culturally-defined gender roles, which can be mistaken for being sexist or liberal, rather than being a little open-minded about personal preferences or perspectives.

Africans and Arabs in general tend to be more expressive than Malaysians. In Arab culture, how loud you speak does not convey tone or mood, but purpose. You may find two Arab guys speaking a little loudly in a semi-serious tone, but they’re not angry; they’re conveying humor.

In our culture, normal speech volume is the same as in other cultures, except that it gets louder during arguments, and even during peaceful or fun times.

During discussions or debates on general topics with my girlfriend, it can sometimes turn into a “Why are you taking this so personal?” fight because my voice tends to get a little loud, even though I was just agreeing with her.

Sometimes, the fight happens the other way around: I may be having a really good time but she doesn’t seem to be, just because she is not expressing it in an out-loud way like me.

Most people who travel or live in a place with a different culture than their own come back with slightly or completely changed views since the more we observe a certain behavior that is accepted in a society, the more we begin to accept its premise and try looking at things through this different perspective.

In an interracial relationship, couples are likely to experience more issues and misunderstandings if they don’t respect each other’s cultural views and compromise by adapting. The issues might be an eye opener to a different view and offer a unique learning opportunity about other cultures.

Fouad Alaa (AKA Fox) is a writer who brings fresh perspective to everyday life issues. A young Egyptian who has lived in several parts of the world, he now resides in Malaysia. With a medical background and a working knowledge of psychology, he plays therapist to his peers and aspires to be a world renowned surgeon. He writes the advice column in The Borneo Post (http://seeds.theborneopost.com/category/yoursay/).

Muslims come from many, many different cultures (less than 15 percent of the world’s Muslims are Arabs), so yeah, even if they share a religion, there can still be culture clashes. You wouldn’t assume a Mexican Catholic and a French Catholic don’t have different cultures, so why make the assumption about Muslims?
Also, the author didn’t say he’s Muslim. He could very well be one of the many Egyptian Christians in the world.

Try Muslim and Catholic American, now THAT is a cultural difference.

I thought Malasyans are primarily Muslims. So that shouldn’t be that much of a difference.

Facebook399TweetPin10EmailShares409
wpDiscuz
Share this ArticleLike this article? Email it to a friend!
Email sent!