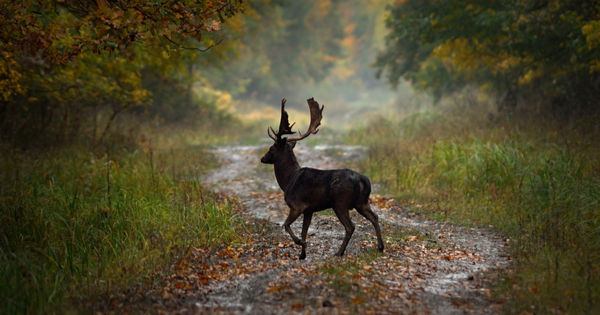 Every trail has its end, and every calamity brings its lesson!

― James Fenimore Cooper, The Last of the Mohicans

It was many moons ago, a few days after a full moon, and it was beautiful outside.  It was early October, warm but not hot, sunny without clouds, and not too many minutes past noon.  I was riding my bicycle along an isolated back road in the Hamptons on Long Island’s east end, enjoying the chance to breathe clean air after weeks in the city, and to get some biking in without the ambient noise and over-crowding of urban streets. It was relaxing and invigorating as I pedaled, listening to my 80’s music set on headphones without care or concern – until, that is, a large deer sprinted out of an adjoining woods, crossed the road at a fast clip (or clop), and flattened me.

My first and foremost thought after the collision was that I was going to die.  The deer had hit me a good blow, but luckily a clean one, the animal’s right shoulder connecting with my left side as he rose up and over me.  The impact spun me off the bike, which kept going in a straight line, mind you, while I landed on all fours facing the opposite direction.  It was scary and surreal, but after a few minutes, realizing I was going to live, but also that I was in bad shape (broken left collarbone, road rash from the gravel on my legs, and a torn muscle in my lower back), I went about the business of hollering for help at the first passing car.

The couple who pulled over were kind and fast in calling an ambulance, but they were also taken aback and somewhat incredulous when I told them what had felled me; thus began a retelling of the (white) tale, through wincing pain and some shock, to the ambulance crew, the nurses and doctors at the hospital I was taken, and after to family members and friends.  Basically, the questions most asked, and my answers, were as follows:

It was this last question that stuck with me.  It makes sense that the deer that hit me had been flushed out of the woods, as they usually bed down during the day, and was scared and scampering wildly when it collided with me. However, a case can also be made that it didn’t try too hard not to hit me.  I mean, I am no threat to be in the Tour de France, and deer are agile creatures well able to dodge a slow-moving object like me. I know my father, who hunted deer for decades, considered it to be a deliberate act, and I often joked that the animal was meting out its revenge on him by trying to take out his only son.

But humor aside, the deer left an indelible imprint, not just on my shattered collar bone, but on my psyche.  It certainly made its way into my writing, with “deer smashing into man” story lines turning up in my first published novel (The Book of Ash) and also my shorter prose. And it was also good fodder for conversation starting (and making myself seem more interesting) at parties – “Did you know I was run over by a deer while riding my bike?  Pass the chips, please.”

In the end, though, what has lasted longest with me, aside from the sporadic ache in my shoulder, and a penchant for flinching when any object larger than a donut comes at me from the left, is a greater sense of empathy for deer, all animals, really, who are killed by cars on the roadways.  Perhaps this is over-dramatizating my own experience lying there those few minutes in agony on the roadside, but I never see a dead animal in a similar position without remembering that day with the deer. To this end, I have made a concerted effort to slow down when driving on back roads or in neighborhoods where wildlife abounds, making a vow to be alert to the prospect of, say, a squirrel or chimpmunk, rabbit or racoon, crossing my path.

Sometimes, however, life gets in the way of this commitment – I will be behind schedule to be somewhere, harried, and my foot will invariably press harder on the gas pedal.  Or I will be distracted by the radio, a conversation with a driving companion, causing my eyes to leave the road for a moment. Fortunately, these times when I was distracted have not resulted in an accident, but more and more, I have come to realize that the key is to recognize and address the urge to speed up, to lose focus, before it happens – to make a concious choice to be conscious of the consquences: that to hurry not to be late for an appointment, or to give attention to something other than the road, is not worth the life of any living being – be it a deer, or someone dear to me or others.

Not Fun Stat: As human activity increases with soaring overpopulation and an increasing number of vehicles, more than one million animals die each day on roads in the United States. Road mortality is the leading cause of vertebrate deaths in the U. S., surpassing hunting within the last thirty years.

Facebook107Tweet2Pin1EmailShares110
wpDiscuz
0
0
Would love your thoughts, please comment.x
()
x
| Reply
Share this ArticleLike this article? Email it to a friend!
Email sent!