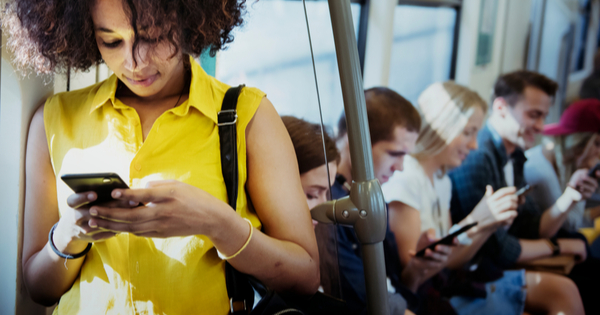 You’ve heard it before and not just about social media. Something other than ourselves is to blame for the way we’re acting. We’ve become an irrational self-absorbed lot and the problem is at least one of the following if not some combination; Cable Television, the internet, MTV, Marilyn Manson’s Music, The Beatles, Dope, Social Media, one of the Kardashians. These things have been blamed for everything from mass shootings, to a decline in respect for the elderly, to a general dumbing of our youth.

These conjectures are not reserved for crackpot conspiracy theorists living in mobile homes in the southwest and broadcasting live on YouTube while they cook up the next batch of meth, they are largely touted as truths from national broadcasting and news media corporations. Headlines from small and large outlets tried to make the country believe that Columbine was a direct result of Marilyn Manson’s music, cajoling these two children to become involved in a Gothic cult and wearing Manson shirts while they took lives, including their own. A simple Google search will show just how many outlets conveyed this theory as news and as fact.

MTV, rap music, and cable have at other times been the blame for bad test scores, juvenile delinquency, and a host of other societal problems. Hell, even The Beatles fell into this trap in the mid-1960’s when George Dixon mirrored many critics sentimentality when he wrote: “Just thinking about the Beatles seems to induce mental disturbance.” Blaming musicians and television shows has quieted some this last decade and we needed a new social pariah that could be blamed en masse for relinquishing the mental veracity and acumen of our society in general. In the early 2000’s in walked sites like YouTube and since then a waterfall of apps and other websites have supposedly contributed, much like The Beatles, Manson, and the rest to our general decline.

If only it were that simple. If blame was just so easy to find then we wouldn’t need a court system, a litany of lawyers, and experts to hash out details of who actually is at fault. If it were that easy, we wouldn’t need insurance, people would jump up and raise their hand and quickly say “Me! I did it. I take full responsibility and will cause no trouble in paying back my debts.” Why blaming societal ills on one simple thing like social media or a rock band is so soundly accepted seems obviously odd when nothing else in the world of blame or fault is this oversimplified. Complex questions usually need equally complex answers, but when something isn’t so easily understood, it’s always easier to fear it and throw the blame on something that can’t fight back.

Blaming social media for our problems is like blaming your sore throat for giving you the flu. We’re recognizing a symptom as a cause. Meanwhile, the cause of the actual flu is much more complex and there is no way to exactly pinpoint when and where it was contracted. The reason that we feel we are declining as a society, why Facebook or other social media is so addicting, or why civil disturbance is on the rise has nothing to do with social media, cable television, The Beatles, or even the Kardashians.

Thousands of theories can easily be debated. The merit of them based solely on the power of the writer to convey insistence, to portray blame. No one answer can be so easily targeted as this very article points out. But what has been made clear is that we need to place blame somewhere because it’s difficult to blame ourselves, too unmanageable to point in a mirror or to restrict our self-absorption when there are so many apps and sites that exploit it. Apps and sites created, maintained, and participated in by us, at our own free will, on a daily basis, to stay connected, stay informed, and above all express who we really are.

END_OF_DOCUMENT_TOKEN_TO_BE_REPLACED

Facebook28Tweet3PinEmailShares31
wpDiscuz
Share this ArticleLike this article? Email it to a friend!
Email sent!