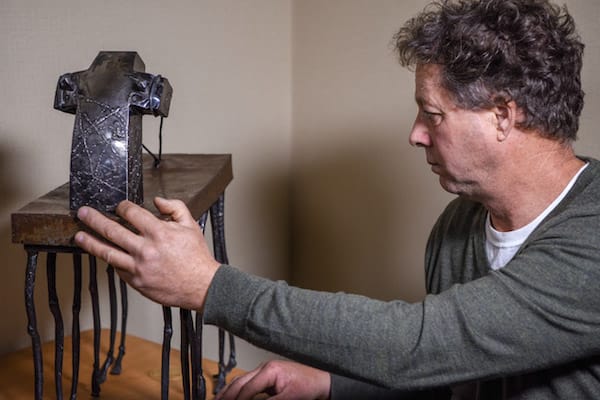 Dugal learned how to use his hands in order to survive. How to make things. How to fix things. But to survive a childhood in which he was repeatedly sexually abused he also needed his hands for the survival of his heart and soul. So those capable hands turned to the creation of sculpture. Dugal harvests cast off objects and fashions them into works of art that express the torment, the struggle and the triumph of surviving childhood trauma. 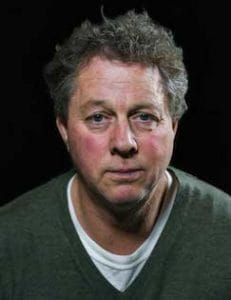 For much of his life, Dugal felt a complete sense of emptiness and inability to vocalise what was going on. He was targeted repeatedly, abused by both male and female perpetrators. Like many survivors, he did his best to suppress these experiences. He lived recklessly, he drank too much, he continued to be preyed on. He felt unworthy of protecting himself.

He was well into adulthood when his recklessness and inability to protect himself created a crisis that sent Dugal “to the bottom.” For three months he was bed-ridden, unable to work, barely able to function. Thankfully, he had his wife, Megan. She supported him through the crisis. “I’d be dead without her.”

And Dugal also had his hands. One of his first pieces was a sculpture of a crucifix, lacerated with welts, punctured by nails, pulled backward by bindings. In the creation of this sculpture Dugal experienced the connection between Christ’s suffering and his own, understood the connection that interlaces all suffering.

Healing has enabled Dugal to reconnect with himself, to nurture his connection with Megan, and ultimately to reconnect with his father. Two years before his father died, Dugal told him about the sexual abuse that had scarred him. His father, 84 years old, then disclosed to Dugal that he had also been sexually abused as a child. He had never told anyone.

Today, Dugal leads a chapter of the Male Survivors of Sexual Abuse Trust, helping other survivors to find their path toward healing.